The White House is creating an unmanned aircraft system (UAS) integration pilot program, U.S. President Donald Trump’s administration said Wednesday. This would give the U.S. Transportation Department the power to enter into agreements with state, local and tribal governments to test drone operations and integration models.

“America’s regulatory framework for aviation is outdated, limiting the integration of drones into the national airspace system and driving American technology companies to seek commercial testing and deployment opportunities overseas,” the White House’s announcement said. “With the increase in the number of unmanned aircraft systems … America’s aviation pioneers need a regulatory framework that encourages innovation while ensuring airspace safety.”

The UAS Integration Pilot Program has a series of objectives. According to the White House and the FAA, that includes:

According to the FAA, this program could yield immediate opportunities for commerce, photography, emergency management, precision agriculture, and infrastructure inspections and monitoring industries. The program would also help identify ways to balance the interests of local and national authorities.

The White House said jurisdictions interested in participating in the program are encouraged to work closely with industry partners and technical experts to draft proposals for participation. After evaluating all of the applications, the FAA said the Transportation Department plans to invite a minimum of five partnerships. In the coming days, the department plans to publish a Federal Register Notice with more details. 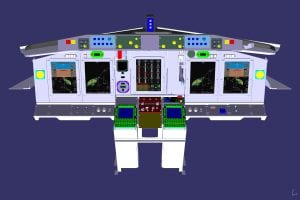