“Systems such as AMAN rely on cross-border coordination with our air traffic control neighbors in Europe. As an active participant in the Single European Sky Air Traffic Management Research program, we are delighted to see the success of this collaboration, which results in real cost and fuel savings for our airline customers,” said Peter Dawson, general manager of London Terminal Control for NATS Swanwick. “This recent improvement in an already highly effective system will also help to further streamline arrivals into the congested airspace in the south east of England.”

Data feeding into the system now comes from the point at which aircraft push back off the stand (within the extended AMAN horizon), NATS said. Previously, data came from takeoff. According to NATS, this gives both aircraft and controllers more advanced delay information and should reduce the time aircraft spend holding in one of the airport’s four stacks. The system provides automated sequencing support to controllers handling traffic arriving into Heathrow. NATS said that when delay in the airport’s holding stacks is forecast to reach seven minutes, aircraft within the XMAN speed reduction horizon (350 nm) are instructed by air traffic controllers to reduce speed. Aircraft still arrive on schedule, but spend more time cruising at a higher altitude and less time in the hold.

NATS said that its data analysis from January/February of this year showed the annual stack hold fuel burn saving equates to approximately 3.57 kt fuel or $2.4 million per year. 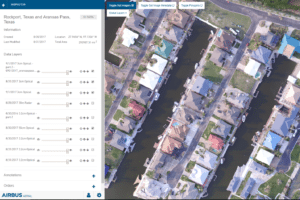