About a decade ago the Federal Aviation Administration (FAA) started planning the Next Generation Air Transportation System, NextGen. It’s been quite a roller coaster since then, and NextGen is far from over. It is not an overstatement to call the project colossal: it’s a bureaucratic behemoth of complex parts and countless interdependencies. In short, NextGen is intimidating, massive and slow. But the good news is that, in spite of technical difficulties, a government shutdown, budget cuts and funding uncertainties, key NextGen programs are still en route toward completion. And the modernization efforts? They’re already delivering benefits.

The ambitious effort to move the country from a ground-based Air Traffic Control (ATC) system to a satellite-based Air Traffic Management (ATM) system has proved to be more difficult than expected. Hence, delays, cost overruns and critical reports from the Government Accountability Office (GAO) and the Inspector General (IG) of the Department of Transportation (DOT) ensue.

NextGen is so complex that it almost requires a flow chart to see the relationships between the components. In fact, the DOT IG has recommended something of the kind: an “integrated master schedule,” so that the FAA can see the parts in relation to each other, anticipate the ripple effects from changes, prioritize among programs and better evaluate risks.

Agency officials expect NextGen’s “foundational infrastructure … to be completed and operational by 2015.” About 90 percent of the baseline ground infrastructure supporting Automatic Dependent Surveillance-Broadcast (ADS-B) has been deployed and completion nationwide is expected for this spring. ADS-B is a core NextGen program designed to provide traffic information to controllers and situational awareness services to pilots in aircraft equipped with ADS-B-In avionics — but the ADS-B deadline for aircraft equipage is not until 2020. The En Route Automation Modernization (ERAM) program, a high-altitude traffic management technology upgrade, is another NextGen cornerstone. It’s expected to be fully operational at all sites next year.

The FAA acknowledges that it has encountered delays in some areas of deployment, but maintains that these delays do not mean that NextGen, as a whole, will be delayed. “Our original look forward … took us out to 2025,” officials say, “[and] we still anticipate the bulk of our modernization effort, as currently conceived, will be in place by 2025.” The FAA estimates that the implementation cost through 2025 will be $15-22 billion for the agency and $14-20 billion for the airlines — a total of $29-42 billion.

But many adjustments are being made along the way. For example, upon the advice of its NextGen Advisory Committee (NAC), FAA has prioritized service deliveries. The NAC, a panel including FAA and members of the aviation community, has asked the agency to focus on initiatives such as Performance Based Navigation (PBN) and Metroplex, closely spaced parallel operations, surface data sharing, flow management and wake separation, FAA officials say. Metroplex is an initiative to decrease congestion in the airspace over busy metropolitan areas nationwide via PBN procedures and associated airspace changes.

The agency regards the NAC’s recommendations as “extremely valuable feedback on what the community sees as its top NextGen priorities.” In fact, FAA officials say the recommendations have “prompted a thorough examination of our work. The review helped us identify and/or clarify some systemic challenges.” The agency also has chartered an ad hoc working group and has conducted deep dives into the recommendations.

The FAA has sought to highlight services already being rendered, pointing to mid-December 2013, by which time the FAA had implemented more than 14,000 PBN procedures and routes that take advantage of satellite navigation. Among these are:

• More than 600 of the most advanced type of approaches — Required Navigation Performance (RNP) approaches — for commercial operators.

• More than 3,300 vertically guided approaches in the United States that use the Wide Area Augmentation System (WAAS) to improve safety and access at smaller airports for smaller commercial operators and for General Aviation (GA) operators.

• And 100 new routes in the high-altitude airspace (Q-Routes) used by jets and another 87 low-altitude routes (T-Routes) for GA.

According to a December 2013 DOT IG report, however, “several obstacles undermine the FAA’s efforts to increase use of PBN procedures.” The IG report cites “a lack of updated PBN policies and procedures for controllers, a lengthy flight procedure development process, and a lack of controller tools to manage and sequence aircraft.” The report added that, until the FAA addresses these obstacles and better demonstrates the nature and timing of expected benefits, airspace users will likely delay equipping their aircraft with the avionics needed to advance NextGen and its new procedures.

While infrastructure pillars such as ERAM, ADS-B and WAAS are critical to NextGen, much of the modernization effort’s success also will depend upon user equipage. ADS-B Out is mandatory (by 2020 in most controlled airspace) because controllers have to have that information. But equipping airplanes with ADS-B In and modern digital communications is discretionary.

The 2012 FAA reauthorization act encourages the Public-Private Partnership (PPP) concept, by which the agency would seek to leverage and maximize the use of private-sector capital for financing the equipage of commercial and GA aircraft, officials say. A private sector loan guarantee program is one possible option that has been suggested.

But the FAA lacks complete authority to grant a loan guarantee, officials say. The FAA Reauthorization Act permits the agency to establish an avionics equipage incentive program, but federal credit laws require agencies to obtain specific authority to guarantee loans in an appropriations act. In response, the FAA is leveraging the multi-year Data Comm Integrated Services (DCIS) contract, awarded in September 2012, to establish an avionics equipage incentive program for U.S. flag carriers, the agency says. It hopes “to stimulate early use and adoption of Data Comm technology to realize the benefits of [these] services in the NAS [National Airspace System].”

The incentive offer has been made available to all domestic carriers, and as of February 2014, seven air carriers had committed through memorandums of agreement (MOAs) to equip their aircraft with Data Comm avionics, the agency says. “The aircraft identified in these MOAs will be phased into the fleet to support DCL [departure clearance] and en route operations, as the ground automation systems are enabled at FAA facilities.”

As the NextGen infrastructure is put in place, predecessor systems gradually are being phased out. “But the consolidation and removal of legacy ATC/ATM systems remains a challenge,” FAA officials say. As a safety measure and a transition strategy to new technology, the agency “naturally runs new services in parallel with existing capability in backup modes,” they explain.

Secondly, while airspace users who are early adopters of NextGen services can obtain benefit, not all aviation users are in a financial position to immediately take advantage of such capability, the FAA points out. This resulting mixed-equipage environment among aviation communities makes it necessary for the agency to transition out of legacy services in an orderly process that accounts for user equipage and the adoption of new FAA airspace procedures. “The development of our implementation plans for a VOR [Very High Frequency Omnidirectional Range] minimum operational network is a typical legacy transition that we are presently working on with all airspace users,” FAA officials say. 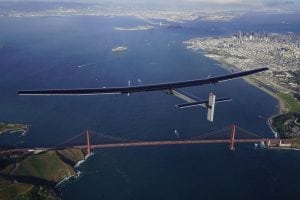 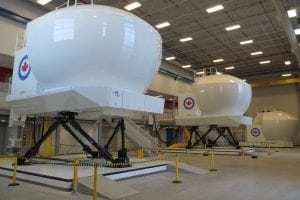 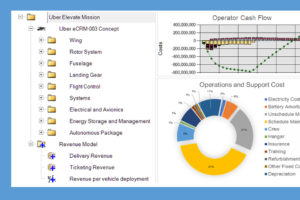 How Uber Plans to Make Money Off Urban Air Mobility