Southwest’s 1st 737 Max 8 Due This Month; Classics Gone by October Southwest Airlines is set to get its first Boeing 737 Max 8 this month under an accelerated fleet modernization plan that calls for the carrier to begin operations of that next-generation Boeing narrow body by Oct. 1 and retire its last "classic" 737s before then.

“We are in the final lap this quarter preparing for the launch of the 737 Max 8 on Oct. 1 along with the retirement of our Classic fleet in late September,” Southwest Chairman and CEO Gary Kelly said July 27 while discussing the airline’s performance in the second quarter.

Southwest's quarterly revenue passenger miles grew 5.1% year-over-year, to about 34.4 billion from 32.7 million. That growth rate matched its increase in capacity, from slightly more than 38.2 billion available seat miles to just over 40.1 billion. The airlines load factor was even at 85.6%. But its unit revenue, or yield, increased just 1.5%, to 15.22 cents per revenue passenger mile from 15.0 cents in 2016's second quarter.

Kelly said the carrier’s first 737 Max 8 is due for delivery this month and it expects to have 10 by the end of September.

Southwest in 2011 became Boeing’s 737 Max launch customer with an order for 150 of the narrow-body twins, which are powered by CFM International LEAP-1B engines and whose flight deck is fitted with four 15.1-inch landscape flight displays developed by Rockwell Collins.

The 175-seat 737 Max 8s, which have Boeing-designed Advanced Technology winglets and other improvements to make them more efficient and reliable than other narrow bodies, according to the OEM. Kelly said those efficiencies, including a fuel burn close to 14% better than other types, should help Southwest’s bottom line by carrying more passengers at lower costs. The Max 8s will replace 139- to 143-seat -300s. 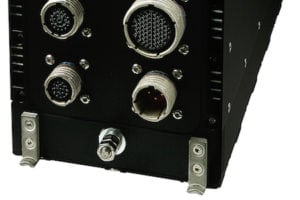