The topic of air traffic control (ATC) privatization has been controversial since it the beginning. Although U.S. President Donald Trump officially announced the White House’s ATC reform initiative June 5, that concept is not new. (In fact, reports have emphasized that the initiative is largely based on the U.S. introduced by Rep. Bill Shuster (R-Pennsyvania). It passed through the a House of Representatives committee February 2016.) But in response to the June 5 announcement, several organizations from the aviation industry voiced their stances on ATC privatization.

No less than 16 organizations coauthored and signed a letter to Trump, voicing concerns. While Trump mentioned how airlines and airline passengers would benefit from the initiative, he did not elaborate on the benefits for general aviation. This concept is at the center of the letter.

Aircraft Electronics Assn. (AEA) signed the letter, and also gave a statement of its own. The association plans to send its president, Paula Derks, and chairman, David Loso, to speak with various congressional leaders about the initiative.

"With the airlines in charge of air traffic control, it's increasingly possible that airport access to general aviation aircraft could become restricted, and that a private organization could be empowered with taxing authority," said Paula Derks, AEA president. "The volume of air traffic in the United States, including general aviation traffic, far exceeds that of any other nation. Modernizing the nation's aviation system should be the focus and is much more important than privatizing the system, which is the safest in the world." Read the full statement and letter here.

The Aircraft Owners and Pilots Assn. (AOPA) also signed the letter and gave a statement of its own:

“While AOPA is open to proposals aimed at making the air traffic control system more efficient and delivering technology in a timely and cost-effective manner, we have consistently said we will not support policies that impose user fees on general aviation,” said Mark Baker, AOPA president and CEO. “As the air traffic debate continues, we are also concerned about the impact of these proposed reforms on general aviation based on what we have seen in other countries." Read the full statement here.

The National Business Aviation Assn. (NBAA) signed the letter, as well. Its own statement calls for system modernization, not privatization.

“NBAA has worked for many years to promote technologies, policies and procedures that ensure America’s aviation system remains the largest, best, safest and most diverse system in the world,” said Ed Bolen, NBAA president and CEO. “We are deeply concerned with the president’s call for ATC privatization – a concept that has long been a goal of the big airlines. No one should confuse ATC modernization with ATC privatization – the two are very different concepts.” Read the full statement here.

Air Line Pilots Assn. International (ALPA) released a statement showed that the association views the initiative as an opportunity for progress:

The Aerospace Industries Assn. (AIA) noted FAA reauthorization in a statement attributed to its president and CEO David F. Melcher. Some concerns AIA has could be resolved during that process. The FAA’s current authority and funding extends only through September without reauthorization.

“We look forward to the release of further details and to working with Congress and the Administration on FAA Reauthorization to ensure that our air traffic control system remains the gold standard for safety and reliability and to enhance the certification process to allow products and innovations to come to market in a timely fashion,” said Melcher. Read the full statement here.

“NATCA shares the Administration’s commitments to infrastructure modernization and providing the National Airspace System (NAS) with a stable, predictable funding stream. We look forward to reviewing the specifics of the air traffic control (ATC) reform legislation so we can evaluate whether it satisfies our Union’s principles, including protecting the rights and benefits of the ATC workforce.” Read the full statement here. 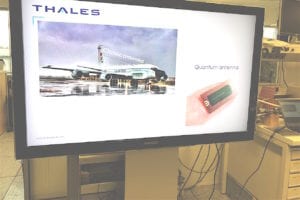 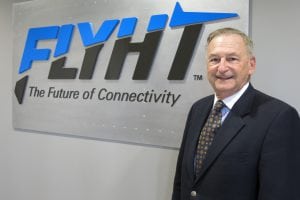