Is ADS-B the main focus for the association?

Well it is right now — we're getting very close to the mandate. Everyone says 2020, but in all actuality, it is Dec. 31, 2019. So I think when you even use that word (2019), it hints more of the urgency that pilots need to get busy. There are still more than 100,000 general aviation aircraft left to equip. And there are 3.5 years left now, with only so many repair stations to go around. While the repair stations are gearing up for it, and they've got the proper test equipment, that equipment on order and the technicians, it's like with any supply and demand scenario: The closer it gets to that December 2019 date, the more they're going to have to take a number and get in line because there will be a backlog. If people don't start thinking, "I had to get their install date either throughout 2017 or 2018," there's going to be a jam in 2019 to get all those aircraft equipped.

For a time, the FAA may have been obstructing the path to compliance. But now that most of those issues have been squared away, like STCs, are there other concerns?

It’s like a government entity telling me to spend a minimum of $5,000 — when you consider the cost of the equipment and the cost of labor and the install — to do something that, maybe I feel like there's not really a true benefit to. Or say it’s like you have to outfit your car with something within the next three years. I would be a lot like those owner/operators of those aircraft. I'm going to wait until the very last minute, because that's a big chunk of money to have to outlay.

But as the products have improved, the prices have come down on those ADS-B-compliant products. And as the clock ticks, you also have to realize the FAA is not going to extend the mandate. If I want to fly in that ruled space, I am going to have to have the proper equipment. So get that equipment now instead of later so you don't have delays once the clock strikes Dec. 31. You're not going to be taking a number and waiting in line, and you're not going to be grounded and unable to fly aircraft in the airspace you want to.

So while we are very sensitive to the amount of money people are being asked to spend to comply with the rule, I think we also all have to acknowledge that our current air traffic system needs to be modernized. It's old technology and now we're coming into the new age — the next generation. And if you want to fly, you have to equip.

Where is your attention focused, in terms of segments in the industry?

The AEA is devoted to all of general aviation — from the rotorcraft market, to Part 25 and Part 23. Some of these wonderful avionics products are being installed in light sport and experimental aircraft, which is great. It gives those pilots the opportunity to use the advanced technology, products, systems and so forth.

Where are you finding the hesitance in installing ADS-B equipment?

This is my opinion only, but I would say it's probably more for the private pilots or singularly owned airplanes. In the Part 25 world, they have to equip. There's no doubt because they're flying in that airspace. But it's more of a company decision from them. Do we want to continue flying and using our business aircraft as the economic tool it is? And I think all of them are going to say hands down, "Yes, we realize we need to equip so that we can continue to use our business aircraft."

But it is a little bit more of a hardship on just an individual who loves to fly, and who flies a smaller, single-engine piston aircraft. And they have to make a plan for that $5,000 to $8,000 average cost to comply with the mandate. So that's probably where the most hesitancy is, in that area. Hence the FAA releasing the FAA rebate program last September.

The AEA is playing a role in that; the FAA is contracting with us. We do the administration work of issuing the rebate checks. It's an FAA program; it's not an AEA program. But the FAA is contracted with us, realizing it has limited resources and manpower. The check comes from us, from our offices. When we get the list of people who have applied and have been approved for their rebate, we try to turn those checks around within a week's time.

And the response to the rebate program has been disappointing?

It has been; I'm a little surprised. There are some steps they have to take — it's a two-part rebate process. First they must go online to the FAA's rebate website and they enter their names, their numbers, their N-registered aircraft model numbers and what they're going to equip. Then they have to get their install date, and it has to be installed within a 90-day period. So there have been a few rebate applicants that haven't been able to meet the 90-day timeframe, or there's been a hiccup in the installation that's taken longer. When that happens, some think you just have to completely withdraw from the rebate program. But they don't. They can just re-apply once the installation is done.

Step two requires them to go back and do a compliance flight for 30 minutes in ruled airspace to make sure that the equipment is operating properly. Unfortunately in the past, the rate of compliance on these flight tests has shown that about 20% have not had equipment installed or programed properly. So the AEA and FAA are also working together on conferences and publications to inform and educate the avionics installing station. Compliance reports show they're either not coding the equipment correctly, or this or that. There are different steps that they have to go through to make sure it's a proper installation and that the ADS-B signal is being read properly by air traffic control.

So that's just another hiccup in the program. I think that people don't realize there are the steps that have to be done to get the $500 rebate. Hopefully we'll just keep promoting the rebate program. We're working with GAMA and AOPA to also promote the program. Keep in mind the rebate program is only applicable to single-engine piston, fixed-wing aircraft. That was the FAA's decision; it feels that is the primary market where those 100,000-plus GA aircraft are that still need to be equipped.

If I remember right, I think we're at about 4,800 rebates right now. There are 20,000 to be had by next September. We are a little behind the curve on getting more rebates issued to pilots, but the program is still there. There's still time to apply. 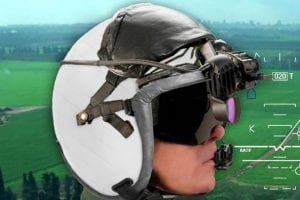 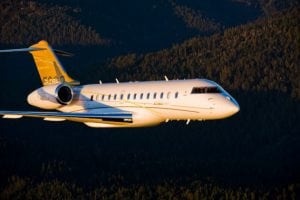