IHST: How to Prevent Helicopter Accidents These conclusions were drawn after the safety team’s network analyzed more than 1,000 helicopter accidents. The safety team’s second annual survey of civil helicopter operators worldwide examined where these best practices were followed within specific segments of the industry and within regions around the world. However, this survey collected less data than the inaugural survey — there were 11 fewer responses, and nine fewer countries were represented. The 2016 survey collected 340 responses from 44 different countries.

In the survey, the four areas that offer the best opportunities to prevent helicopter accidents were posed to countries. Of the countries that submitted surveys, the following submitted the most responses: U.S., U.K., Australia, “other Europe,” Canada, Mexico, France, Italy and New Zealand. According to the report, the number of responses generally aligns with the number of helicopters in those countries.

“SMS implementation … is generally highest in countries where SMS has been mandated the longest; e.g., the U.K. and other European countries governed by EASA,” the safety team said in its report. "This trend, established in 2015, was sustained in 2016. So, the first conclusion to be proposed in this report is that regulatory support is very effective. While voluntary adoption of best practices can proceed more quickly, changing an industry culture to embrace best practices can take a long time unless there is strong regulatory support.”

More often than not among the listed countries, FDM was used the least. Only in the U.S. and New Zealand were other areas used less. (HUMS were used the least in the U.S.; in New Zealand, training and HUMS were tied for least use; in Mexico, FDM was tied with maintenance for least use.) Survey responses that showed the most use of FDM were those of offshore operators; air tour operators who submitted survey responses showed no use of them.

“We must admit that after two years the total number of survey participants is still a small sample for the more than 35,000 civil helicopters in the world. We do not propose that these results are a representative sample,” says the safety team. “These results may, in fact, represent the best operators in the civil helicopter industry who were willing to state their positions with regard to the IHST’s work. Nevertheless, these results do give indications of which of the IHST’s top safety recommendations are gaining the broadest acceptance.”

The International Helicopter Safety Team is set to re-launch its global safety survey sometime around the beginning of March. 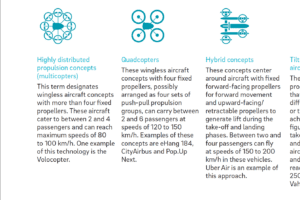