[Avionics Today 09-12-2016] Paving the way for a new chapter in the commercial use of Unmanned Aircraft Systems (UAS) in the National Airspace System (NAS), the FAA’s new rules for drones weighing under 55 pounds came into effect in late August. While previously commercial operators could fly drones under the FAA Section 333 exemption, the new rule aims to open the skies to approved and certified UAS so they can make an impact in industries such as news, utilities, agriculture and aerospace.

While the in’s and outs of the new rule may be a bit tough to digest, Avionics Magazine caught up with the aviation branch of law firm Pillsbury, which specializes on UAS law and legislation. Here, we speak with Pillsbury Aviation’s Aerospace and Transportation Partner Jennifer Trock and Associate Graham Keithley, both of whom are also members of the firm’s UAS focus team, to answer the question: How will the new rule impact UAS operators, old and new?

Avionics: Can you begin by briefly outlining the most important specifications in the new drone rule?

Pillsbury: Besides giving near-blanket authority for commercial operations that the meet criteria in the new rules, the two most important specifications for the new drone rule are the FAA waivers to operate beyond the new rules and the creation of a pilot certification system.  The opportunity to operate beyond the new limitations will give commercial operators a streamlined process to get authority to operate at night, beyond visual line of sight, and above altitude limitations.  The creation of a new remote pilot certification will streamline the process of getting pilots.

Avionics: What does the new drone rule enable for UAS operators or operations?

Pillsbury: The new rules enable commercial UAS operators to conduct flights in accordance with the requirements of Part 107 without prior FAA approval for the airworthiness of the aircraft or permission to conduct the flight, typically required for all manned aircraft and their operations.

Avionics: What will the implications of the new drone rule be for UAS operators already flying with Section 333 certificates?

Pillsbury: Operators are given the option of continuing to operate under the terms of their exemption until it expires, or the new rule. Certain Section 333 exemptions may be more permissive than the new rules, so the decision of which set of requirements to use will be highly case-specific.

Avionics: The FAA forecasts as many as 600,000 drones to be operating under the new rule within the year. Can you speak at all to how this influx differs from the current number of drones flying in the U.S.?

Pillsbury: The new rules will certainly result in a large increase in the number of commercial operations, and except for those operators seeking approval to operate beyond the new limits; the FAA should not have a considerable burden with the new rule.

Avionics: Can you speak to some of the implications of the new drone rule and how it will impact the UAS market in the U.S.?

Pillsbury: With many new commercial operators under the rule, we would expect a big increase in demand for UAS, which should further spur UAS development and new technologies for the benefits of business and aviation safety.

The new rules are a big step in the FAA’s phased integration of UAS into the national airspace, and the FAA has shown a willingness to continue the integration through waivers and its continued efforts to examine rules for micro-sized and large drones.

Avionics: Can you speak to some of the opportunities for drone operators that will open up as a result of the new law?

Pillsbury: The new regulations open up new opportunities for drone operators to use UAS for high-altitude building and structure inspections as long as the drone stays within 400 feet of the structure.  Even better, the waivers will open up big opportunities for businesses to use drones at night with infrared technology cameras, beyond visual line of sight for inspection and monitoring purposes, above people for newsgathering and other public events, and at high altitudes to transmit communications.

Avionics: Are there any concerns surrounding the specifications of the new drone rule?

Pillsbury: Proliferation of commercial drones will raise privacy, security, and safety concerns, and the federal government, state governments and industry specialists will continue to address such issues as they are realized with the new operations. 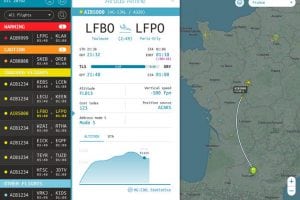