[Avionics Today 05-10-2016] Astronics released its first quarter 2015 earnings report, posting a drop in sales from its avionics segment, but a 7.5 percent rise in income. Consolidated sales for the first quarter of 2016 were $159.5 million, down 1.3 percent over the same period last year.

Aerospace sales decreased 2.8 percent to $138.3 million, while test systems’ sales were up 10 percent to $21.2 million. The 2015 first quarter was strong for the aerospace segment in particular, according to the company, posting record sales and earnings. Net income for the 2016 first quarter grew 7.5 percent to $11.5 million compared with the prior-year period.

“The first quarter was a decent start to the year for Astronics, although we had some challenges with our avionics product line which suffered a substantial revenue decline from last year. Otherwise, our aerospace segment had a pretty good quarter and our test segment benefitted from the many improvements implemented in the last year, including considerable cost cutting. We expect to improve our avionics situation going forward, especially in the second half of the year, and we believe we are well-positioned for the remainder of 2016,” said Astronics President and CEO Peter Gundermann. 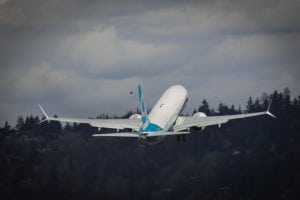