Having logged a fair number of air miles for business and pleasure over the past four decades, I’ve by and large managed to avoid the kinds of airport fiascoes you see on the 6:30 news. But with the maddening crowd of 750 million annual passengers pressing ever closer, even my luck took a hit recently. Door to door, it took me an unlucky 13 hours to travel from New York City to Washington, D.C., via the choke point of LaGuardia Airport.

It started innocently enough with a $45 cab ride that dropped me, per usual, abundantly early at the airport. I passed on the $25 change fee to board an earlier flight, figuring I’d make use of my laptop to get some work done in the terminal. The appointed flight began boarding 10 minutes after the scheduled departure time, but, hey, once you’ve cleared the security line it’s all down hill, right? We pushed back from the gate and trundled down the taxiway. And there we sat for an hour, sweating, in a Dash 8 with its rotors turning. The captain on the flight deck and the pilot, apparently on rotation, tasked with serving drinks in the cabin, kept us informed of the situation — weather had forced the closing of certain departure paths, and there were 30 to 40 aircraft ahead of us. Eventually, they announced that the flight was cancelled.

We spilled back into the terminal on a frenetic dash to the airline service desk. I made it to the front of the restive queue in 45 minutes and booked passage on a flight leaving within the hour for Ronald Reagan Washington National Airport. Never mind that my car was parked at Baltimore/Washington International, this was a flight south, and soon. With some familiar faces from the earlier, scrubbed flight to BWI, I re-enplaned on an A319. That, too, was held for an hour on the pavement, behind a long line of purring fuselages waiting to take wing.

What was I thinking? According to the U.S. Bureau of Transportation Statistics, LaGuardia ranked 26th of 32 major airports for on-time departure performance (71.3 percent) during the first half of 2007. Newark Liberty International ranked 30th (65.9 percent) and John F. Kennedy International 31st (65.8 percent). For on-time arrivals, JFK, LaGuardia and Newark Liberty brought up the rear at 30, 31 and 32, respectively. A record like that makes Interstate 95 look attractive when traveling to the Big Apple.

LaGuardia remained capped at 75 scheduled operations per hour from 6 a.m. to midnight, with a voluntary overnight ban on operations, while a final rule on demand management awaited passage of the FAA reauthorization bill. Meanwhile, in early September, FAA issued its final decision on a sweeping redesign of airspace over metropolitan New York, New Jersey and Philadelphia that is expected to curb delays.

Will that help ease congestion? "It’s obviously a planning tool, an analysis tool," said Pasquale DiFulco, a spokesman for the port authority. "Certainly it will help us, to the extent that we’ll use [the system] moving forward in planning and gate management, etc. Easing congestion might be a little bit of a stretch. In terms of maximizing efficiency, if that ultimately eases congestion, than the answer is yes."

A year ago this month, I sat through a series of "sky is falling" presentations at the annual Air Traffic Control Association conference. A huge economic fallout awaits, speakers said, if this nation delays airspace system modernization. It feels like the ceiling is even lower still. 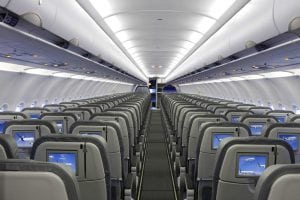 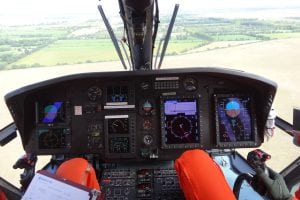 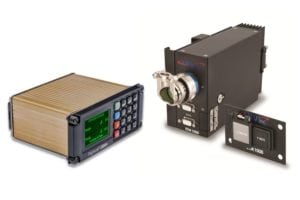