In several discussions recently, I found myself explaining why some aviation and mil-spec techniques and methods are used, and it struck me that commonly we know the how, but not the why behind these issues. This often makes compliance a bit spotty, as people are seldom motivated well just by edicts. They need to understand the background reasons before determining any real significance.

Here’s a collection of widely varied "whys" that may answer some of your questions, and possibly fill in a few gaps for people new to this industry, who currently only know the "how."

At the very basic mechanical assembly level, why should you clip and clinch a lead on a component before soldering it to a circuit board, and why is it bad to clip after soldering?

If you clip the lead first, before soldering, no bare copper will be exposed in the lead. All the surfaces will be covered with solder. If you clip the lead afterward, the bare copper end left exposed will oxidize and can be a source of considerable contamination and corrosion (all quite conductive, incidentally), especially in wet or salty environments.

In addition, the clinched lead covered with solder is much more solid mechanically, and unlikely to fracture. It is possible when clipping a straight soldered lead to actually fracture the solder joint and create a barrel crack at the board.

Why should you orient all the parts the same way, and make the parts markings visible?

This is to speed up visual inspection after assembly. Also, uniformity and marking visibility makes spotting assembly errors much easier.

Incidentally, extensive studies showed that good layout at the board level and correct, uniform orientation during assembly drastically reduce errors and rework. Keep that in mind during layout.

In the airframe, why can’t you attach both a small and large wire to a large circuit breaker to power a system like a radio and some small, related accessory?

This would be an especially dangerous practice; all wire and breaker sizing is actually based on fire prevention as the first limiting factor. A small 22 gauge wire hooked to a 25A breaker, for example, can burn up in the aircraft if shorted—an event that is certain to adversely catch the flight crew’s attention. This fire will happen before the breaker will trip, causing a severe hazard to the crew and aircraft, and the danger increases as wire length from the breaker increases.

The dual connection is a tempting technique when a radio and some accessory like a tone encoder are used together, but it can be quite dangerous in practice. Powering the small accessory from a low current fuse taken from the larger system breaker, or from its own breaker, is far better—and safer.

Why shouldn’t you turn on a radar system inside a hangar?

The kilowatt peak power levels from radar are hazardous to humans, especially to eye tissue. You can injure someone seriously by activating a radar system, as close reflections inside a hangar send the signals to many locations, not just directly in front of the dish.

In addition, the close proximity of solid objects (impossible in flight) can cause such a strong signal return that the radar system’s input mixer can be destroyed. All around, a bad situation.

On an installation planning level, why when you have dual AM comm radios, should you mount one antenna on the top and one on the bottom of the aircraft?

Here, the intervening fuselage helps prevent unwanted squelch breaking and interference between radios. It also helps insure that at least one antenna has a good sight path to ground/tower stations whether on the ground or in flight, and regardless of flight direction.

Why do lights, instruments and annunciators in the cockpit have to have lamp dimming?

During daylight flight, these items need to be as bright and visible as possible to catch the pilot’s attention. But during night flying, bright lights destroy the pilot’s night vision, and often create many false reflections on the windshield.

Dimming allows them to be brought down to an intensity level that is not intrusive, but still remains visible. A variable dimmer is required to match light intensity with a wide range of night and dusk conditions.

Why does everything have to be so obvious and clear on a piece of avionics equipment? Can’t pilots learn how to operate this equipment or remember the directions?

Cockpit operation is a high-stress situation, often coupled with infrequent familiarity, especially for private pilots. The workload is very high, and generally, if flying correctly, the pilot can not really devote much "eye time" or hand motion to anything other than critical flight instruments and local traffic.

Any system that takes the pilot’s attention and focus away from flying (his or her primary and legal responsibility) is a detriment to safe flight. Awkward or unintuitive operation, confusing controls, or complex, nested operation maximizes the chance of an error on the flight deck and is fundamentally unsafe.

The current rapid increase in automobile accidents caused by drivers operating cell phones is a good illustration of the conflict between the primary task of driving and a secondary function that becomes too intrusive. Loss of focus can be very dangerous.

Why was aircraft wiring changed some years ago from PVC-based insulation to Tefzel-based wiring?

This was a proactive move to reduce fire-related hazards in the aircraft. Tefzel is much more robust, and resistant to fire.

In addition, PVC-based insulation emits significant amounts of noxious fumes and smoke when burning, an unattractive attribute. Tefzel also has a lower bundle size and finished weight for the same given harness, which is an asset from an installation viewpoint.

Now, if somebody could just tell me why on earth my computer problems always seem to increase every time I load a "fix," "patch," or "update," I’d be a happy person. 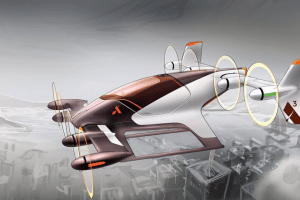 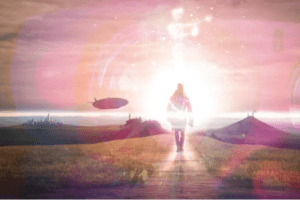 ADS-B Progress and the Proposed Rule