[Avionics Today 03-28-2016] The global flight navigation system market is set to surpass $720 million by 2019, growing at a Compound Annual Growth Rate (CAGR) of close to 6 percent, according to the latest market study released by Technavio.

As of 2014, the autopilot segment held the largest market share with a massive share of about 71 percent. Technavio analysts expect the market to reach $484.1 million by 2019, growing at a CAGR of close to 5 percent.

“Growing demand for an accurate flight navigation system has resulted in the development of uninterruptible autopilot system. Once engaged, this system will not allow a pilot or hijacker to control the aircraft. It communicates directly with air traffic control and satellite systems,” said Abhay Singh, a lead analyst at Technavio for aerospace components.

The global flight navigation system market for sensors was valued at $147 million in 2014 and is likely to reach $219.1 million by 2019, growing at a CAGR of more than 8 percent. The demand for the latest navigation systems and equipment is continuously increasing due to the greater need for accuracy, which will help in enhancing the safety of passengers.

The altimeter segment had only 2 percent market share in 2014, although the demand for this segment is expected to rise during the forecast period. This is due to the demand for next-generation aircraft such as the A320neo, Boeing 737 MAX, A380, and Boeing 787-9. As of 2014, the number of filled orders for narrow-body aircraft was 834, which consisted of 433 Airbus A320neo aircraft and 241 Boeing 737 MAX aircraft. This increase in the number of aircraft is likely to boost market growth. 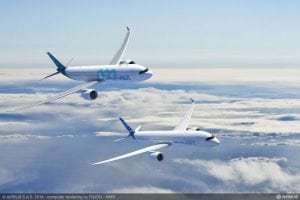