[Avionics Today 03-23-2016] Bombardier’s CS100 aircraft, certified by Transport Canada in December, has completed its European route-proving tour. The program was conducted in the network of launch operator Swiss International Air Lines (SWISS) and included over 30 city-pair flights in Europe over a three-week period.

The route-proving program used a dedicated CS100 aircraft, as Bombardier readies to deliver the first CS100 aircraft in June 2016 and SWISS readies for the aircraft’s Entry-Into-Service (EIS).

“Considering that Bombardier inserted the CS100 aircraft into a number of the network operations we currently service, the route-proving program provided us with a real indication of how the C Series will operate in our route system when we take delivery of our first CS100 aircraft in June,” said Swiss International Air Lines CTO Peter Wojahn,.

The route-proving aircraft is fully configured as a passenger jetliner and stops included European cities such a Brussels, Vienna, Budapest, Paris, Milan, Manchester and Warsaw. The aircraft conducted flights using typical airline flight routings and operational procedures but with no passengers on board. The flights provided data about the C Series aircraft’s performance in a typical airline schedule to and from different airports. 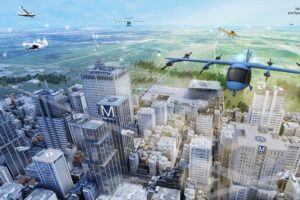