[Avionics Today 10-02-2015] On Tuesday Sept. 30, Massimo Garbini, managing director of the Single European Sky ATM Research (SESAR) Deployment Manager, delivered the final version of the SESAR Deployment Program (DP) 2015 to the Directorate General for Mobility and Transport of the European Commission. The SESAR Deployment Manager will now await approval from the European Commission, at which point it will become the main reference document guiding investment plans for European Air Navigation Service Providers (ANSPs), airports, and civil and military operators and other operational stakeholders.
Additionally, with approval from the European Commission (EC), the plan will be submitted for funding from the Connecting Europe Facility (CEF). The SESAR Deployment Manager team submitted the final version of the Single European Sky Deployment Program this week to the European Commission. Photo: SESAR Deployment Manager.
The SESAR Deployment Manager is organized into 44 families of implementation projects for recommendation to fully implement the Pilot Common Project (PCP), which identifies the six Air Traffic Management (ATM) functionalities being implemented across Europe aimed at improving and modernizing the region's air transportation system. These functionalities include: extended arrival management and Performance Based Navigation (PBN) in the high density terminal maneuvering areas; airport integration and throughput; flexible airspace management and Free Route Airspace (FRA); network collaborative management; initial System Wide Information Management (SWIM); and initial trajectory information sharing.
Here are five updates on the final version of the Deployment Program:
1. Critical Gaps
Included in the submission of the DP 2015, the SESAR deployment manager identified critical "gaps" that he believes need to be resolved in order to fully implement the PCP. These gaps exist between families of implementation projects that have been identified, but not yet awarded in terms of funding.
"I urge the operational stakeholders to align their investment plan with DP 2015 to ensure successful application to CEF and cohesion calls 2015. SESAR Deployment Manager will support all stakeholders to fill the remaining gaps and ensure full PCP implementation by 2020 becomes a reality," said Garbini.
To close these gaps, the deployment manager needs operational stakeholders to focus on identifying the technological elements, research and development and funding they'll need to implement to comply with the PCP.
2. Airlines Seek Independent Regulator
Ahead of the submission of the Deployment Program to the European Commission, the Association of European Airlines (AEA) released its response to the EC's initiative earlier this year to launch a public consultation on its forthcoming aviation package. Within the aviation package there are a number of initiatives ranging from regulation and certification requirements to airport investment projects that help improve the competitiveness of the European airline industry.
Within its response, AEA specifically requests for the EC to establish an "independent economic regulator for European air navigation performance" along with the implementation of the Single European Sky project. AEA supports the establishment of such a regulator as the SES project implements a more Euro-wide air transportation system with increased collaboration between independent states' ANSPs.
3. SWIM Urgency
As it currently stands, the SESAR Deployment Program does not feature a well-defined regulatory administrative policy for the future concept of System Wide Information Management (SWIM) within the overall rollout of the PCP. Eurocontrol defines SWIM as "a complete change in paradigm of how information is managed along its full lifecycle and across the whole European ATM system."
The program specifically stats that "it is urgent to launch a project meeting pioneers stakeholders (NM, ANSPs, etc.)  to  set-up a first SWIM governance to be able to manage as soon as possible the SWIM registry and its content allowing the start of SWIM implementation."
4. Data Link Communications
The deployment program lists research and development on Controller Pilot Data Link Communications (CPDLC) as an interim activity area. In February 2015, the EC delayed its mandate for operators to equip their aircraft with CPDLC avionics until February 2020, due to technical issue related to the radio frequency environment and ground-based receiving systems necessary to facilitate the CPDLC concept in Europe.
The deployment program provides a status update on efforts to facilitate CPDLC and mentions, "there is still uncertainty regarding the most appropriate airborne and ground based technologies to be implemented to enable the functionality. Furthermore, the results of the SESAR-JU validation in 2016 could be not available in time to allow the stakeholders to submit new Datalink projects for the CEF Transport Call 2016."
However, the program does mention scattered progress in France — where Air France has submitted projects for data link deployment aircraft — and Germany —where Lufthansa submitted projects for the retrofit of its Airbus A319 and A320 fleet. Hungary has also stated that CPDLC operations will start in their airspace in November 2015.
5. September 2016
The next major update of the program is scheduled for September, with an early draft expected to be published for consultation by the end of the first quarter of 2016.

"For the next calls, the latest information obtained from EC is that the CEF call 2015 will be launched in November 2015, closing in April 2016. Expected envelope of co-funding for the CEF call 2015 would be in the range of 700 million (euros). Selected projects would be awarded in September 2016," the program states. 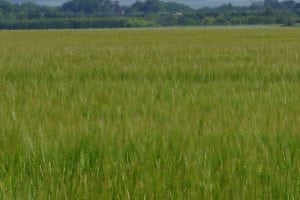 NATS Partners with Trade Association to Promote Responsible UAS Use