[Avionics Today 06-01-2015] 328 Support Services GmbH, the type-certificate holder for the Dornier 328 (D328) jet and a subsidiary of the Sierra Nevada Corporation (SNC), has signed a Memorandum of Understanding (MoU) with the Turkish Ministry of Transport, Maritime Affairs & Communications to produce the country’s first regional jet. The new 628 regional aircraft series, which is part of Turkey’s Regional Aircraft Project, is based on the 328 series and slated to begin delivery in 2018.

“The aircraft will be the first domestically-built passenger aircraft in Turkey,” said SNC Chief Executive Officer Fatih Ozmen. The design of a new product will start simultaneously with production of the 328 series. The project aims to establish both a strong aerospace industry infrastructure in Turkey and serve the need for a new 30-seat regional aircraft in the global aviation market.

328 has based the foundation of the project around a modernized version of the D328 aircraft. SNC has recently acquired all property rights to the D328 through its acquisition of subsidiary company 328 in Germany.

SNC will collaborate with Savunma Teknolojileri Mühendislik ve Ticaret A. (STM) on the project, who will be responsible for upgrading the existing D328 and also manufacturing the aircraft. It will be marketed under the name TRJ328 for the jet version and T328 for the turboprop version. 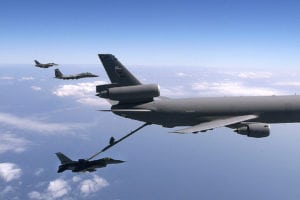