[Avionics 04-23-2015] The Equip 2020 working group held its last monthly meeting on Wednesday, April 22. The group has reportedly addressed and evaluated the majority of the issues that it was originally created to resolve. Among these issues are privacy concerns from operators equipping with Automatic Dependent Surveillance-Broadcast (ADS-B) Out equipment, guidance for equipage from FAA Advisory Circulars (AC), and the price of available equipment for General Aviation (GA) owners and operators. FAA's breakdown of required ADS-B equipage after Jan. 1, 2020. Photo: FAA.
"Going forward, the Equip 2020 forum will continue to exist but will be getting together at a much lower frequency with the purpose of maintaining the open conversation between industry and FAA and address and issues when they do emerge," Jens Hennig, vice president of operations for the General Aviation Manufacturers Association (GAMA) told Avionics Magazine.
Advisory Circulars
Advisory Circulars 90-114A and 20-165A provide the majority of the FAA's available guidance for operators looking to equip their aircraft with rule-compliant ADS-B. The FAA's intent with AC 90-114A is to facilitate operations using ADS-B technology “in compliance with Title 14 of the Code of Federal Regulations (14 CFR) part 91, §§ 91.225 and 91.227."
AC 20-165A provides guidance for the installation and airworthiness approval of ADS-B Out hardware in aircraft. Throughout the Equip 2020 meetings, the working group evaluated issues that many operators have raised about the information contained within those two ACs.
According to GAMA, the FAA created two paths for the ADS-B link, which broadcasts the aircraft position: Technical Standard Orders (TSO) C154C and C166b. Along with those two TSOs, the agency created a "graduated set of performance requirements for the different classes of equipment based on the size and complexity of the aircraft. There are six equipment classes (A1, A1S, A2, A3, B1S, and B1 for the 1090 link and similar for UAT) identified in the rule. The B1 class is specifically for small GA airplanes," Hennig said.
"Questions have been raised about the required ‘9 feet of accuracy’ for small GA airplanes and whether it is too stringent. If accuracy was the real issue, the aviation industry could use a commercial off-the-shelf GPS for ADS-B, because a typical un-augmented GPS receiver has about 10 feet of accuracy most of the time without [Wide Area Augmentation System] WAAS," said Hennig. "But accuracy is not the issue, rather it is integrity and availability. The FAA does not say WAAS, but identifies TSO-C129 GPS, TSO-C145/C146 GPS/WAAS, and TSO-C196 GPS as acceptable, provided they have been qualified against the requirements in AC 20-165A, Appendix 2."
Operators can expect the FAA to issue revised versions of both AC 90-114A and 20-165A to provide better clarity regarding ADS-B onboard equipment required for compliance as well as flight operations after Jan. 1, 2020.
Privacy Issues
According to a recent statement by the National Business Aviation Association (NBAA), ADS-B Out transmits an "unencrypted, real-time signal that includes the aircraft's Mode S transponder code, its call sign, aircraft type, position, and airspeed as determined by the aircraft's own GPS-based avionics."
Experts have discussed this issue of privacy and security extensively within the Equip 2020 group since its original formation last fall. Ultimately, while the group has determined that in today's modern flight environment there are definitely concerns regarding privacy and the ability to track aircraft, equipping an aircraft with ADS-B technology does not impact these concerns.
"The Equip 2020 working group has reviewed this issue and determined that equipping aircraft with ADS-B does not materially change the ability to track aircraft, because aircraft that currently operate with a Mode S transponder already transmit their ICAO 24-bit code," said Hennig. "The FAA, however, has recognized as a result of the discussions within Equip 2020 that the general aviation community has specific privacy and security concerns, and the agency has committed to consider mechanisms to mitigate the risk of identifying the real-time location of a specific aircraft that is transmitting its identity on the 1090 MHz frequency."
Price
The price of available ADS-B equipment remains the primary concern for the majority of GA aircraft owners and operators throughout the United States. Ken Byrnes, flight department chairman at Embry Riddle Aeronautical University, shared the results of the university's in-depth GA owner and operators survey with the Equip 2020 Working Group regarding ADS-B equipage.
ERAU surveyed 8,085 active GA aircraft owners and operators, and found that 56 percent of them do not plan to equip their aircraft with ADS-B until the cost reaches an acceptable level. The majority of the respondents said they could afford an ADS-B Out system that ranges in cost from $1,000 to $2,000, while 61 percent said they could afford a system between $2,000 and $3,000.
GAMA has provided a summary list of prices of ADS-B equipment that has been made publicly available by several manufacturers, including Aspen Avionics, Avidyne, and FreeFlight, among others. The lowest publicly announced price is FreeFlight's FDL-978-TXL for TSO-C154C, which features a position source WAAS and installation kit for $1,995.
A total of 80 percent of the respondents to ERAU's survey said they would equip their aircraft with an ADS-B system sooner than planned if a federal tax credit was offered, although currently there is no federal tax credit associated with ADS-B equipage. The biggest recent announcement providing funding assistance for ADS-B equipage was the Jumpstart 2020 initiative, a partnership between L-3 and NEXA Capital.

"There are now two sub-$2,000 compliance solutions and we now need to have everyone focus on equipping … People who have experience with putting equipment on their aircraft shouldn't expect prices much lower," said Whitaker. "We need to continue to emphasize that the 2020 [mandate date] will not change. It is such a milestone for NextGen. What we've heard from the air carriers is that now that you've committed to equipping, it becomes so much more important that everyone equips. That date is firm." 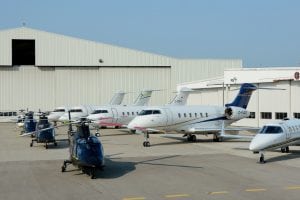