[Avionics Today 01-13-2015] The Department of Defense (DOD) will consolidate some United States infrastructure in Europe for the F-35 Joint Strike Fighter (JSF), including the return of 15 sites to their host nations. These actions, taken as part of the European Infrastructure Consolidation (EIC) process, will save the U.S. government approximately $500 million annually, according to the report.

The DOD also announced the first F-35 basing in Europe, at Royal Air Force (RAF) Base Lakenheath, United Kingdom. This decision looks to increase U.S. and U.K. collaboration and reflects the closeness of the countries’ defense relationship and the military value of basing in the U.K. The first aircraft are scheduled to arrive at RAF Lakenheath in 2020.

The EIC and F-35 basing decisions will result in the decrease of approximately 2,000 U.S. military and civilian personnel in the U.K. over the next several years. This loss is primarily due to the removal of about 3,200 U.S. personnel from RAF Mildenhall, which will be offset by the addition of about 1,200 U.S. military personnel who will be permanently stationed alongside the two F-35 squadrons going to RAF Lakenheath.

“As part of an overall restructuring of our basing in Europe, we have been working with our allies to reposition thousands of our military and civilian personnel within the region,” said Secretary of Defense Chuck Hagel. “I know that this will result in a reduction in size of our local host nation workforces at some locations; I value the tremendous support they provided us for decades and continue to provide today. In the end, this transformation of our infrastructure will help maximize our military capabilities in Europe and help strengthen our important European partnerships, so that we can best support our NATO allies and partners in the region.” 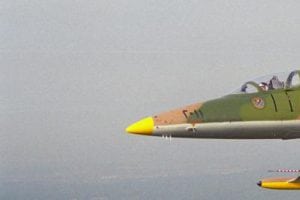