[Avionics Today 12-31-14] Rohde & Schwarz has recently announced that its fully IP-based VCS-4G voice communications system has been delivered for integration into a third mobile tower in Indonesia. But this most recent development is just the tip of the iceberg for the scalable technology that aims to provide communication between Air Traffic Controllers (ATCs) and pilots. This year alone, the company has delivered, deployed or installed the technology in the Czech Republic, Iceland and Ireland, among other countries.

Because of this set up, voice communications are spread out geographically, Schuermann explains, therefore there isn’t one central point of failure that could bring the whole system down. This provides ATCs and pilots with a sense of security. Furthermore, the components can be “combined like building blocks around a fully redundant engineered IP LAN infrastructure,” which allows for a scalable architecture so as to tailor the system to each customer’s needs.

A wide variety of data applications can also be integrated into the system. “Video, pictures of out-of-view airport areas, weather data or alarm functions can be displayed directly on the air traffic controller’s console,” said Schuermann. “This additional information helps controllers to make an overall assessment of the situation and quickly respond to critical changes.” As ATC scenarios become more diverse and dynamic with the changing landscape of airspace and aircraft, the network-based system is looking to keep up.

Ireland and Iceland are implementing this fully IP-based system in virtual control centers in a way that has never been done before. The aviation authorities responsible for the North Atlantic flight corridor, which include Iceland’s Isavia and Ireland’s Irish Aviation Authority (IAA) recently awarded Rohde & Schwarz an exclusive contract for delivery of advanced R&S VCS-4G I-based voice communications systems. “This will create the world’s first virtual control center operating across national borders,” said Schuermann, who goes on to explain that each site will be equipped with a VCS of its own, which should allow it to operate independently or as part of a group, thus enabling dynamic load and resource sharing for ATCs.

The Ireland and Iceland deployment differs greatly from the mobile tower solution for which Indonesia will be using the system. In Indonesia’s case, the R&S VCS-4G has been delivered to the Indonesian Air Force for integration into a mobile tower in order to deploy throughout the country wherever an ATC communications infrastructure needs to be set up quickly. For example, the mobile tower can be used to coordinate relief flights to disaster areas when the local ATC infrastructure is no longer available to manage flight operations.

There are some challenges in delivering solutions for a mobile tower system, however, when there is no local infrastructure available to manage flight operations. Without permanent infrastructure available, the VCS infrastructure must be transportable as well as quick and easy to set up in a region that needs a tower on very short notice. “Since the mobile tower is space and weight constrained, all onboard electronics must be compact, lightweight and easy to install, consuming minimum space,” said Schuermann. The key to delivering this type of small and effective solution is the flexible architecture surrounding the fully IP-system, which allows for the company to design around these challenges and deliver mobile towers successfully in emergency situations.

“One of the key advantages of this fully IP-based communications system is its very high scalability. It allows system deployments ranging from single Controller Working Position (CWP) to full-scale Area Control Centers (ACC) using the same technology and type of equipment,” said Schuermann. 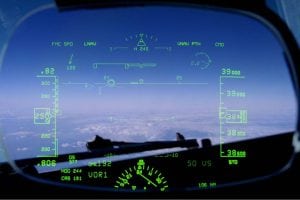