[Avionics Today 12-31-2014] The National Search and Rescue Agency (BASARNAS) Republic of Indonesia has confirmed the recovery of seven remains from the debris of the QZ8501 crash. The remains were transported to the military base in Pangkalan Bun, Borneo, according to a statement released by AirAsia. Two of the seven remains were transported to Bayangkara Hospital in Surabaya for identification by Disaster Victim Identification of Police Department Republic of Indonesia (DVI POLRI).

The AirAsia flight lost contact with Jakarta Air Traffic Control (ATC) on the morning of Dec. 28 en route from Surabaya, Indonesia to Singapore, prompting an extensive search and rescue mission that located debris from the plane in the Java Sea just yesterday.

BASARNAS and other relevant authorities are continuing to search and recover the passengers of QZ8501 in the Karimata Strait area, AirAsia Indonesia stated in the Wednesday morning update.

“I continue to be humbled and touched by the incredible efforts and professionalism put forth by BASARNAS, Army, Navy, Air Force and Police of Indonesia,” said Fernandes. “The search and rescue operations were unfortunately hampered by bad weather today but I am hopeful they will be able to resume the search tomorrow.” 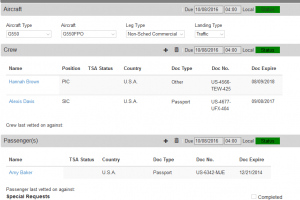