[Avionics Today 09-29-2014] The Republic of Korea finalized its formal selection of the Pratt & Whitney-powered F-35A Lightning II aircraft for its F-X fighter acquisition program, announcing its intent to sign the Letter of Offer and Acceptance (LOA) between the United States and Korean governments for 40 F-35A Conventional Take Off and Landing (CTOL) variant fighter jets.

Following a comprehensive evaluation process for its F-X program, the Republic of Korea is the third foreign military sales country to procure the F-35, joining Israel and Japan who selected the F-35A in 2010 and 2011, respectively. Initial deliveries to the Republic of Korea are set to begin in 2018.

"We appreciate the confidence that the Republic of South Korea has placed in the fifth generation F-35 and in the F135 engine," said Bennett Croswell, president of military engines at Pratt & Whitney. "This decision ensures the ROKAF will be able to meet its demanding security requirements, and further bolsters stability in the Asia-Pacific region.”

Southwest to Use GE Aviation FMS 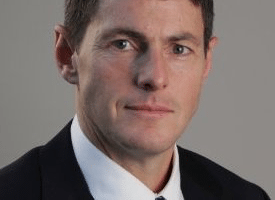