Lockheed Martin and Piasecki Aircraft are in phase three of a Defense Advanced Research Projects Agency (DARPA) contract to develop a prototype of what could be the next generation of unmanned military air cargo transportation, the Transformer. Lockheed is showcasing a small scale development model of the system at AUVSI Unmanned Systems 2013 this week.

The Transformer is a high-speed self-contained flight vehicle with a turboshaft engines to power its propellers, allowing it to perform a variety of different missions by attaching to transport vehicles. Within its front section, the Transformer has vehicle management system computers that communicate with the ground control station to control its path of flight.

Lockheed, along with Piasacki Aircraft, is working on a prototype of the system that is expected to be complete its first flight in mid-2015, according to Kevin Renshaw, product manager for Lockheed Martin's Transformer development team.

“We’re developing the computers right now, and the software is being done based on our wind tunnel models, and the computational fluid design of the aerodynamics to make this thing capable of taking off vertically, converting to forward flight, and doing cruise flight maneuvers among other capabilities,” said Renshaw.

The first prototype Transformer will be controlled from a ground control station, though Renshaw said the first production system will feature more software and be more autonomous.

Research and development from the Transformer program could spawn a new generation of compact, high-speed VTOL delivery systems. According to Renshaw, the system is capable of delivering light vehicles, and could possibly be enhanced to deliver bigger cargo loads, as the program developers have been asked by the Navy whether it could someday deliver a boat.

“Where we’re headed with this is the next generation of unmanned delivery systems,” said Renshaw. “It’s unmanned vertical takeoff and landing delivery, that’s really what we’re after. Whether it's cargo, ISR, cars, boats, whatever somebody wants to drop into a small landing space, that’s what we’re trying to do.” 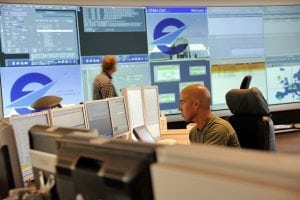