Hundreds of aviation professionals from more than 25 countries descended on the very chilly Anchorage, Alaska, in early May at the AMC Open Forum with the goal of basic conflict resolution. In one section of the room, airlines outline the maintenance issues they’ve encountered with various avionics systems on various airframes. Surrounding them are the suppliers and airframe manufacturers to answer, defend, apologize, be held accountable, argue, etc., about the issues raised.

It seems very simple, almost logical, to bring parties all together in one room to discuss problems with the hope of keeping aircraft operating safely and efficiently. However, the undercurrent of this year’s event seemed to be a bit more tense than previous years. Airlines, struggling to stay out of bankruptcy and to remain in the air, argue the suppliers, which are posting much more robust balance sheets, are, in a sense, holding them hostage to their aftermarket services. It’s a complex problem, pitting airframers, avionics OEMs, independent maintenance shops and airlines against each other.

The debate regarding intellectual property who owns the rights to the systems’ technology once they are onboard the aircraft that is now operated by an airline is a complex one.

All of these groups have the same ultimate goal to keep aircraft running. However, the debate regarding intellectual property who owns the rights to the systems’ technology once they are onboard the aircraft that is now operated by an airline is a complex one. Once that equipment is installed in the aircraft, who has the rights and responsibilities to fix it if it breaks? Do you have to go back to the original manufacturer of the electronic system or to the airframe manufacturer? Do you use a third-party maintenance shop, which may have repaired the part in the past, but may not have the official maintenance manual from the original equipment manufacturer? Or maybe they have the maintenance manual, but it’s an unsanctioned photocopy, rather than obtained through proper channels.

I’ve been to several AMC meetings and, on the surface, the participants approach the discussions with a sense of cooperation and camaraderie. There is much made of the networking and connections acquired that can augment business throughout the year. And that is not to be underestimated; the event is a unique opportunity to have airlines and their customers in one room to hash out problems in a constructive and efficient manner.

However, underneath the surface at this meeting, surrounded by the beautiful landscape of Alaska, there was a backdrop of ugliness. This simmering tension between the parties isn’t new, but it’s one that I felt noticeably increased this year. The heightened tension, I assume, is the result of yet another airline (American Airlines) slipping into bankruptcy since the last meeting and the continued struggles of the commercial aviation industry. (And for the record, you can’t see Russia from any building I was in in Alaska.)

“The aviation of yore is remembered as a time when everyone supported the main objectives safety and reliable aviation transportation. Today, safety and reliability are just as important but the old ‘together-we-can-do-it’ atmosphere appears to be stalled with the rapid onset of intellectual property struggles which have widened the design, use and maintenance gaps between operators and manufacturers,” wrote Sam Buckwalter, AMC executive secretary, in his welcome letter to the industry in the program guide.

“The operators are your customers, not your competition,” a noticeably frustrated cargo airline executive told the crowd, offering what he said was “constructive criticism” to the industry.

On the other hand, the avionics OEMs need to make money too, right? They spend untold sums of money developing, testing, certifying and installing these systems. Shouldn’t they be allowed to recoup some of their costs in the aftermarket? Independent maintenance shops might be able to fix the problems, but wouldn’t it make more sense to go back to the original manufacturer? On a third hand, shouldn’t the operators be able to chose who repairs their equipment? And don’t forget the airframe manufacturers. Like I said, a very complex problem.

I don’t pretend to know the answers; I’m only an observer to this unique look into the aviation world, but it certainly does reveal an unsavory side to the business. I’d love to hear from readers airlines, suppliers, maintenace shops and airframers on this topic. Submit a Letter to the Editor (efeliz@accessintel.com), go to our Facebook page or send me a tweet (@AvionicsMag) to keep the conversation going. 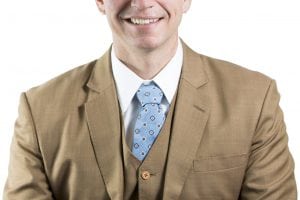 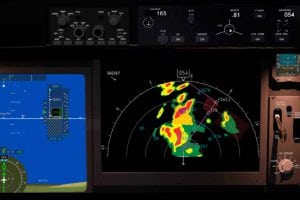