Carson Helicopters in Perkasie, Pa., has a hangar full of Sikorsky S-61s, both civil S-61L/Ns and retired U.S. Navy H-3 Sea Kings. The remanufacturer makes the old aircraft better than new for resale to the U.S. State Department and other operators. Among recent improvements is an integrated “glass” cockpit to be certified this year first by the Sikorsky Qualification Assurance Board (QAB) for government users and then by FAA for Part 29 transport helicopter operators. According to Carson Helicopters founder and President Frank Carson, “I believe I can have one version for both military and civil and use it in all your legacy aircraft and new helicopters.” The Carson cockpit was designed and integrated by Cobham Commercial Systems in Mineral Wells, Texas, for the S-61 and other applications. “I’d be able to put the whole thing in an S-76 or Black Hawk,” said Carson. “You want to put the best system you can on the market and have it fit in different aircraft.”

“What I’m trying to do is have a new dimension with this glass cockpit,” says Carson. “I don’t like what I have been seeing in industry. They’re [just] replacing a lot of steam gauges with a screen.”

The new S-61 cockpit hardware and most software come from various Cobham cockpit suites previously certified on fixed and rotary wing platforms. According to Gordon Pratt, Cobham vice president of business development and S-61 system architect, “Pretty much everything we’re doing for this aircraft is something we’ve put on other aircraft.” He notes, “Our requirements came from Frank Carson. He has taken this old S-61 airframe and transformed it into a 21st century transporter.”

Sikorsky Aircraft delivered military H-3s and civil S-61s from 1960 to 1980 and today counts more than 600 aircraft around the world available for modernization, including Sea Kings built by Westland in the U.K. Carson Helicopters itself no longer flies S-61s for hire, but the enduring helicopter remains a successful platform for the company’s innovations. High-lift composite main rotor blades developed by the independent inventor went into production in 2004 and became the centerpiece of the VH-3D Presidential helicopter Lift Improvement Program. AAR Airlift uses 10 Carson S-61s to provide FAR Part 135 “on demand” support for the Department of Defense in mountainous Afghanistan. (One of the aircraft crashed in the Helmand province in January due to unknown causes.)

Sikorsky figures the new main rotor and today’s GE T58-GE-402 engines give its S-61T 62 percent more external payload than a short-fuselage UH-3H or 113 percent more external payload than a long-bodied S-61N at high density altitudes. A power-efficient composite tail rotor that promises to hike payload even more recently completed flight testing. A modern engine with electronic control is under consideration. All told, Carson Helicopters holds 29 Supplemental Type Certificates (STC) for S-61 improvements and has rebuilt more than 45 of the hard-flown helicopters for logging, construction and general transport. The specialized Fire King version has a 1,000-gallon water tank and snorkel to douse forest fires and still seats 15 passengers.

Sikorsky has meanwhile become Carson’s biggest customer, selling the S-61T Triton totally rebuilt with Carson blades, crash-worthy fuel cells, a modular electrical system based on that of the UH-60 Black Hawk and an analog cockpit made compatible with Night Vision Goggles. Sikorsky plans to offer the four-screen Cobham digital cockpit as an S-61T option.

Carson cannot discuss U.S. government programs, but in 2010 Sikorsky announced an Indefinite Delivery-Indefinite Quantity contract from the Department of State International Narcotics and Law (INL) Enforcement Affairs bureau for up to 110 rebuilt S-61s, both long-body S-61Ns and short S-61Ts. The INL Air Wing supports counter-narcotics missions in Afghanistan and uses S-61s on Embassy diplomatic missions. The helicopters carry up to 21 passengers and can also be used for Command and Control, Medevac, and Quick Reaction or other Security Force missions day or night, under visual and Instrument Meteorological Conditions. Aircraft destined for Afghanistan are protected by Alliant AN/AAR-47 missile warning receivers and BAE AN/ALE-47 flare/chaff dispensers integrated and installed by Southeast Aerospace in Melbourne, Fla.

S-61Ts now start with ex-Navy Sea Kings pulled from desert storage. Half of the aircraft are stripped and structurally restored at the Sikorsky facility in Troy, Ala.; the others are torn down and reconditioned by Carson Helicopters. Carson rewires and re-plumbs all the rebuilt airframes, overhauls all dynamics, and reassemble, re-paints, and delivers better-than-new helicopters. Early this year, the Perkasie remanufacturing line had the first SH-3H rebuilt with a four-screen glass cockpit. An S-61N will be acquired to civil-certify the full five-screen suite.

To increase safety and reduce pilot workload in its S-61s, Carson Helicopters previously invested in a five-screen integrated cockpit that mixed hardware from major suppliers but failed to meet Part 29 Category A IFR requirements. A subsequent presentation by Cobham Integrated Systems offered variations of a robust, affordable, proven architecture that could be IFR Part 29 certified and made compliant with Area Navigation (RNAV) and Required Navigation Performance (RNP) standards.

Pratt and co-founder Rick Price launched Sierra Flight Systems in 1997 and won the FAA Capstone contract to develop a synthetic vision Electronic Flight Instrument System (EFIS) for Alaskan pilots in 2000. “That’s where all of this came from,” explained Pratt. Capstone technology was certified by FAA in 2001. “Since then, it’s found its way into a lot of different niches in the aviation market. The Capstone program forced us to develop a product that could be integrated into many, many different types of aircraft,” Pratt said.

Sierra was acquired by Cobham, and Pratt today counts EFIS STCs in more than 740 types ranging from the Cessna 182 to the Eurocopter Puma. “Every customer we have has only a handful of aircraft. They can’t afford millions in non-recurring engineering. They need something that can be configured off-the-shelf. I could take the display off an S-61 and install the same part numbers in a C-130.”

The smart displays with integral processors also provide essential redundancy to sustain FMS, TAWS and other functions in case of malfunctions or damage. “They all communicate with each other in a hierarchy,” explained Pratt. “If one display fails, the next in line takes its place as a master.” The EFIS displays have integral Intel Pentium processors. “They’re highly ruggedized compared to what you’d buy off the shelf,” noted Pratt. “The product life for an industrial processor is years and years, where a commercial processor may last months.”

The new S-61 cockpit also provides integrated audio-radio management. Two control heads on the redesigned center console work up to 16 radios the old console held up to 10 individual radio control heads. The baseline S-61 suite includes two VHF communications sets, two VHF navigators, ADF, VME and a Mode S transponder. Customers can wire more radios into the avionics rack and add software pages in the FMS for each new set. Compared to the traditional S-61 communications suite, the new architecture simplifies upgrade and opens more cockpit space. “A lot comes out of that center console,” noted Pratt. “In fact they make it shorter so it’s easier to get in and out of the seats.”

Pratt worked with Carson engineers and FAA representatives on the high-level systems architecture for the S-61. Cobham engineers turned the cartoon-like preliminary drawings into certification drawings. Systems engineers, meanwhile, undertook software development and created S-61-unique aircraft configuration files. “Everything is done with lookup tables in field-loadable software,” said Pratt. Speeds, weights, center-of-gravity calculations from the Pilot’s Operating Handbook and engine temperatures taken from factory documentation or field measurements tailor the system to the air vehicle. Smart connectors bring power and data to displays. “The only thing that changes from one aircraft to the next is that lookup table. It doesn’t care what aircraft it goes into.”

The S-61 suite could migrate to the S-70 and S-76 instrument panel with software changes only. “All the hardware would be the same part numbers, but they would have their own aircraft configuration files loaded through the connectors in the displays. It stays with the aircraft,” Pratt said. Commercial hardware and software also free the EFIS from International Traffic in Arms Regulations.

Cobham hot benches tried the S-61 hardware and software first in Texas. The integrated package was installed by Carson Helicopters in Pennsylvania, witnessed by Sikorsky representatives for the QAB. For FAA certification, Carson plans to offer an augmented suite with the LCX center display and supplemental mission computer that can be retrofitted to State Department aircraft. “The mission computer will do satellite mapping, and Falcon View mission planning using high-resolution satellite images,” noted Pratt. “You can also do more sophisticated remote camera or FLIR sensor work.”

The Cobham EFIS accommodates five video inputs. The free-standing LCX display with EuroAvionics RN-7 mission management computer opens more channels to show two independent moving maps, the weather radar and synthetic vision inputs. Based on the RN-6 computer now in the UH-72 Lakota light utility helicopter, the next-generation RN-7 packs 1 terabyte of solid state memory in a ¼ ATR form factor to fit the S-61 avionics rack. “It’s going to be what we’ve provided to Eurocopter on steroids,” said LCX CEO Herb Luspig. “The final configuration is customer-specific.”The S-61 computer can potentially tie an infrared/electro-optical payload on the aircraft to a satcom controller that will steer the airborne sensor to ground-designated targets.

Cobham routinely integrates new capabilities into the EFIS based on user inputs, and like other integrators, seeks to blend synthetic vision with enhanced vision. “You get the Holy Grail of situational awareness,” said Pratt. “A service truck or cow wandering onto the field won’t show up in your database. Conversely, the synthetic vision is not limited by atmosphere-obscuring media like rain or snow. The synthetic vision always sees 40 miles ahead of the aircraft. If you blend them together, you eliminate the weaknesses and have just the strengths.” He adds, “The art is how you do that elegantly so it works for the pilots but still gives the pilots the ability to adjust for their preference.”

According to Frank Carson, “That’s the true vision of the glass cockpit... What most companies presented until now is [just] a better display of the instruments. To me, the glass cockpit is to see outside the aircraft when you can’t see outside to see obstacles, terrain, other aircraft, airports. All these features are possible with the Cobham... It’s being able to see things you haven’t been able to see before and do things you couldn’t do before.”

Carson Helicopters gives the classic Sikorsky S-61 an integrated cockpit with synthetic vision for business and government operatorsCarson intends to augment the Cobham four-screen EFIS with a 19-inch touchscreen and mission computer from LCX Systems for high-resolution maps, satellite imagery, mission planning and other functions. 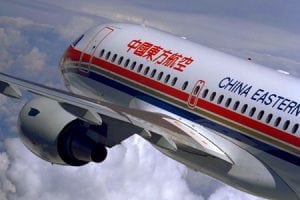 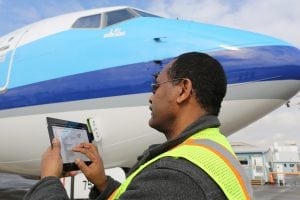