Interest in unmanned aircraft systems (UAS), particularly in the civil space, is growing rapidly. And as the FAA looks to integrate civilian UASs into the National Airspace System during the next few years, the number of systems and types of missions, including border security, fire-fighting, disaster relief and military expeditions, among others, are set to escalate, driving the need for engineering professionals educated in the field.

“Explosive growth” in UAS sector prompted the creation in 2011 of a UAS Bachelor of Science degree program at Embry-Riddle Aeronautical University (ERAU) in Daytona Beach, Fla., according to Alexander J. Mirot, assistant professor of aeronautical science and program coordinator for Unmanned Aircraft Systems department at ERAU.
The UAS Science Bachelor’s Degree program, which was launched for the fall 2011 semester to augment the university’s UAS minor degree program, focuses on the operational aspect of UAS, preparing students for such roles as pilot, observer, sensor operator or operations administrator, according to the university. The program offers two tracks — the pilot track for students who are interested in flight operations from the pilot’s perspective and the non-pilot track for students seeking a career as a sensor operator or a support position. Both tracks will cover basic engineering topics, hazardous and long-duration operations, international airspace and regulatory restrictions in the United States, according to the university.

Embry-Riddle’s program is designed to train graduates to be pilots and sensors operators for the U.S. military, U.S. Customs and Border Protection and industry leading companies.

Q: How many students are enrolled in the program? Are there plans to expand the program either in scope or size?
A: The Unmanned Aircraft Systems Science program currently has 75 students, including 37 in the UAS major program and 38 in the minor program, and is expanding as interest in our program grows. The department expects a 50 percent increase during the next few years.

Q: Do you have much input from industry about the program? What has the aviation industry’s response been?
A: The UAS curriculum has been developed by faculty members that served in the UAS industry as pilots and consultants. Embry-Riddle leverages that knowledge to focus the curriculum specifically to meet industry identified training needs. The program uses state-of-the-art equipment and simulators to give our graduates insight into large UAS company’s product lines.

In addition to our faculty and industry advisors, we are very receptive to adapting the curriculum to meet industry needs. As a recent example, a leading UAS company offered one of our students an internship and inquired about Embry-Riddle’s small UAS operation’s training. This feedback generated acquisition of small UAS for training and expanded the curriculum.

Q: Speaking broadly, how does the approach to aviation education differ when you’re discussing manned vs. unmanned aircraft?
A: Unmanned aviation encompasses the normal aeronautical knowledge and skills, but adds the need to understand additional technical areas such as data transmission, human machine interfaces, remote sensing and robotics. Embry-Riddle Aeronautical University will use the same approach to quality instruction that has made Embry-Riddle an industry leader in aviation education and add courses designed and taught by Embry-Riddle’s highly ranked engineering department.

Students in the Unmanned Aircraft Systems Science program have the option of enrolling in either the pilot or non-pilot track. Students in the Unmanned Aircraft Systems pilot track will take all of the flight training and basic aeronautical science courses as students training to fly for airlines. Both tracks of UAS students will take all of the rigorous engineering courses such as digital circuit design, computer programing and Unmanned Aircraft Robotics, and learn to fly UAS through advanced flight simulation and operate a variety of sensors.
Additionally all students will fly small UASs that are akin to remote control aircraft with advanced stabilization, autopilots and video downlinks.

Q: From your perspective, what kind of market can students graduating from this program expect? And what kind of jobs does this program prepare graduates for — airframe manufacturers, military, government, ground system engineers, etc.?
A: Even in these lean times, development and procurement of Unmanned Aircraft Systems continues to grow. Embry-Riddle’s program is designed to train graduates to be pilots and sensors operators for the U.S. military, U.S. Customs and Border Protection and industry leading companies interested in high quality operation focused individuals.

However, the technology and engineering focus of the program gives all of our graduates the base knowledge in data links, digital circuit design and robotics making them qualified to work as technicians and ground system engineers. 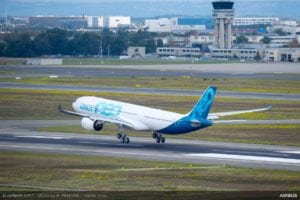 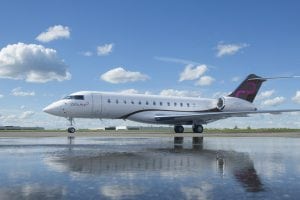