FAA, industry partners and a group of U.S. airlines, including Delta Airlines and US Airways, launched the Metroplex initiative, part of the Next Generation Air Transportation System, in Atlantic and Charlotte, N.C., in an effort to make air traffic control more efficient and help airlines improve on-time performance.

“The Federal Aviation Administration and aviation industry are teaming up to make some of the busiest airspace in the world also the most efficient,” said FAA Acting Administrator Michael Huerta. “The end result for travelers will be fewer delays, quicker flights and an even safer, greener flying experience.”

"Delta is committed to working with key stakeholders to design and implement efficient procedures that benefit our customers and the communities surrounding the Atlanta Metroplex,” said Steve Dickson, Delta Senior Vice President - Flight Operations. Delta applauds efforts that through technology allow us to reduce our environmental impact setting the stage for the evolution to NextGen.”

“US Airways is committed to continually evaluating the ways we do business and how our business impacts the environment and the communities we serve,” said Robert Isom, US Airways’ chief operating officer. “Optimizing the airspace at our largest hub at Charlotte Douglas International Airport, where we operate more than 630 flights each day, will help us reduce our carbon emissions by up to 59,000 metric tons each year and save up to $17 million annually on fuel costs."

The National Air Traffic Controllers Association, and Atlanta and Charlotte-area airports are also involved in this initiative. 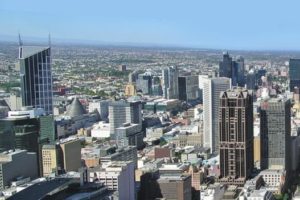