“We were extremely impressed with the AVIATOR Wireless Handset, particularly the built-in noise suppression function which proved to minimise background noise and significantly enhance audio quality during use. In addition, the AVIATOR Wireless Handset incorporates a stylish design which is more in line with cell and mobile phones and a big step-up from what is currently available in the business aviation market,” said Gary Simmons, AeroMech engineering program manager.

The AVIATOR Wireless Handset is available to customers of Thrane & Thrane’s AVIATOR SwiftBroadband systems and connects via the system’s built-in wireless access point for users to make calls over the IP-based network. It is charged with a purpose-built battery charging cradle, which is also FAA approved for installation in the cabin and is powered by the aircraft’s own power supply. When fully charged via the cradle, the handset is able to remain charged in standby mode for up to 24 hours, the company said. 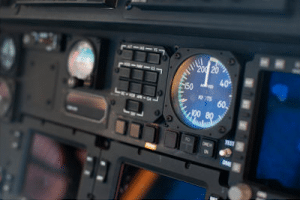