BAE Systems on Friday announced a series of commercial aircraft support and engineering contracts, including a multi-year agreement with Mitsubishi Aircraft Corp. to provide engineering development and integration services related to flight test equipment on the Mitsubishi Regional Jet.

The Mitsubishi contract builds on an existing contract under which a team from BAE Systems is providing engineering expertise on a number of work packages for the aircraft including powerplant, pylon, nacelle, auxiliary power units and fuel systems.

The other contracts include a multi-million dollar, five-year major support agreement with Ireland's CityJet to cover its fleet of 27 Avro RJ85 regional jet fleet. The package includes the renewal of its JetSpares customized rotable spares support program, a five-year extension for continued technical and engineering support and a further five years of continuing technical and flight manual support.

BAE Systems also won an exclusive remarketing mandate from the U.K.'s Eastern Airways for the sale or lease of six of the airline's fleet of 29-seat Jetstream 41 turboprop airliners. 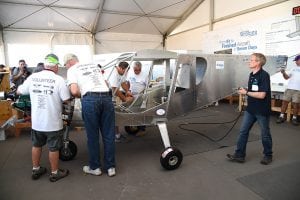