Years ago, the term “in-flight entertainment” meant having a window seat. Now, in the era of iPhones, BlackBerries, Skype and Wi-Fi, in-flight entertainment and communications (IFEC) has come to mean much more for passengers and airlines alike. Airlines are moving beyond seatback displays to include e-mail, text messaging and, in some cases, voice services.

IFEC providers including Thales, Panasonic Avionics Corp. and Aircell are developing more comprehensive systems, allowing for a range of capabilities to keep up with passenger and airline demand for everything from entertainment to operational connectivity in the form of maintenance information and flight information transmission.

“The vast majority of airlines that we talk to do look at [IFEC] as an investment as opposed to a cost,” said Neil James, Panasonic Avionics executive director, Corporate Sales and Product Management. “It’s up to all of us in the industry to balance the investment that the airlines are making with the value that comes from it.”

It’s a big investment. Installing an IFEC system ranks second in cost behind the aircraft’s engines. Sensitive to this reality, manufacturers are working toward ways to make their systems more cost-effective for airlines.

IFEC systems “tend to be more complicated, more extensive and more expensive than anything on the airplane, other than the engines. And I don’t believe that is a trend that the airlines and therefore the suppliers can afford to sustain,” said Jeff Sare, vice president of sales and marketing for Thales’ IFE business in Irvine, Calif.

Passenger and airline demand for an equivalent home entertainment and communications experience in the aircraft, regardless of destination, is creating new opportunities. Airlines view IFEC both as an ancillary revenue stream and a way to build customer loyalty, speakers said.

“Virgin America, for example, has put a very advanced and sophisticated system on their single-aisle, narrowbody aircraft because it’s a key part of their value proposition. … They actually chose their IFE system before they chose their aircraft. They were very focused on being able to generate revenue from the system, and wanted something very advanced and very sophisticated to be able to fulfill that even on a narrowbody aircraft,” James said.

“It’s about understanding the mission that the airline is going to operate that aircraft on and the business plan that they have and how IFE fits into their value proposition to their passengers,” James said. “Then we provide a solution that suits that need.”

The advent of connectivity solutions on aircraft also may play a role in reducing IFEC system obsolescence. Passengers now bring their own hand-held devices onto the aircraft, alleviating the need for airlines to repair and upgrade seat-back displays.

“It’s the passenger that’s making the investment, instead of the airline now. And they’ll gladly do it because every day you see people waiting in line for new devices; they want the latest. I think it’s helpful to the airlines.”

Aircell, Itasca, Ill., says its Gogo Inflight Internet service is flying on more than 650 commercial aircraft. Beginning this year, the company will roll out a program for movies and television via a media server and 802.11 wireless network within the cabin, using much of the equipment already installed on Gogo-capable aircraft, Phillips said.

“At Aircell our focus is enabling passengers to determine their own entertainment options, devices, etc., just as they do on the ground, obviously primarily via the Internet,” Phillips said. — Emily Feliz

The Dec. 2 Webinar is archived at www.aviationtoday.com/webinars.

Delays in development of the Boeing 787 Dreamliner, which flew for the first time Dec. 15, more than two years behind schedule, trickled through the supply chain to the aircraft’s IFE providers Thales and Panasonic Avionics Corp.

“I’d be lying if I said [787 delays] didn’t have a significant impact,” said Neil James, Panasonic Avionics executive director, Corporate Sales and Product Management. “The 2009 financial year for us, with the Boeing strike and 787 delay and the A380 [delivery] slides and the general economy, were a huge impact. We don’t quote the specific dollar amounts, but it was significant enough to make us really draw a breath and take stock of where we were.

“Because of a broad customer base and a broad product base we were able to work our way through, but it certainly wasn’t funny,” James added.

Jeff Sare, vice president of sales and marketing for Thales IFE, said the delay in the 787 program is “effecting the way in which we deal with Airbus on the A350.”

Thales and Panasonic Avionics have been pre-selected as IFE suppliers for the new A350 widebody, scheduled to enter service in 2013.

“We were lucky enough or had reached a point in the history of our company to be successful enough over the last few years to have a base of customers that allowed us to sustain this delay,” Sare said. “But it’s a significant impact. It’s not something that we would take lightly.” —Emily Feliz 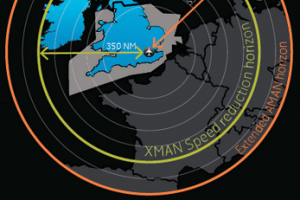 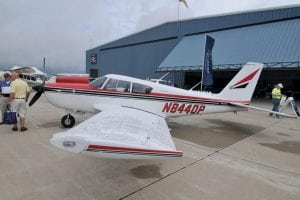