The cameras are coming. In the not-too-distant future transport category aircraft might well be equipped with closed circuit television (CCTV) systems to cover both interior spaces and the aircraft’s exterior, as the technology to do so becomes more compact and capable.

The coming changes involve added costs to equip airplanes and significant modifications to operational procedures. The net impact could improve both safety and security. The legal ramifications are not yet fully resolved, but in-flight video recordings could reduce an operator’s liability exposure. In fact, camera coverage may become a necessary adjunct of an operator’s legal protection.

For the avionics industry, closed circuit television for airplanes could represent a growth niche. At a transportation recorder symposium last June, a new acronym entered the lexicon: AIR, which stands for airborne image recorder. In the next few years this acronym could take its place alongside the flight data and cockpit voice recorders (FDR/CVR) in a three-part recorder capability–FDR/CVR/AIR.

The need for a video recording in the cockpit has its roots in the advance of aviation technology. The advent of data links and text messages, developed in part to reduce the volume of voice message traffic, meant that the traditional CVR would not capture key elements of air-ground communications. Moreover, the displays in modern glass cockpits are graphical interpretations of the instruments they have replaced, and any anomalies in the translation of electronic data to the visual presentation might present misleading information.

Image recording was seen as a means of picking up CNS/ATM (communication, navigation and surveillance/air traffic management) information, as received and displayed to crews in the cockpit. Moreover, image recording of the cockpit was seen as complementing the FDR/CVR, providing a better sense of the environment (e.g., smoke), non-verbal crew communications and actions.

Indeed, over the last seven years, a working group formed under the auspices of the European Organization for Civil Aviation Equipment (EUROCAE) has been meeting. Last March it produced a minimum operational performance specification (MOPS) setting forth performance parameters for image recording in the cockpit. The document (EUROCAE number ED-112) does not spell out the number of cameras to be installed; rather, it sets forth the desired performance in terms of update rate (4 to 5 frames per second) and resolution (sufficient to read the instrument panel).

Over the next three to four years, EUROCAE’s ED-112 specification probably will be transformed into a Federal Aviation Administration (FAA) technical standard order (TSO). In terms of regulatory activity, the train has left the station, and operators can expect to see a specific requirement, with implementation deadlines, for cockpit video recording.

Two other factors have accelerated the push for video. First, the terrorist attacks of Sept. 11, 2001, led to the installation of hardened cockpit doors, which necessitate camera surveillance immediately outside the cockpit and a monitor in the cockpit. Pilots have to control access to the cockpit. As an example, by November 2003, all UK-registered airplanes are required to have live image viewing from the pilots’ normal seated position of the area directly outside the cockpit door. The FAA and Europe’s Joint Aviation Authority (JAA) have the same regulation under consideration on a longer time scale.

Second, the need for expanded coverage of the entire cabin also is pushing the technology. Mike Horne, managing director of AD Aerospace, a UK manufacturer of video surveillance equipment, says, "An attack won’t start just outside the cockpit."

Moreover, he points to the rise in disruptive passenger incidents, in some cases involving outright attacks, as adding to the need for complete video coverage of the cabin. Horne adds that the FAA investigated 314 passenger incidents in 2002, and three Japanese airlines compiling data that same year posted 570 such incidents. These numbers show that the problem may be vastly underreported. It is "hard to believe," Horne says, that Japan with its smaller airline industry would have nearly twice as many incidents. Court proceedings often devolve into the flight attendant’s word against the accused perpetrators. A video recording of the event would help to successfully prosecute these cases, says Horne.

"Putting video cameras on aircraft is not a trivial thing," Horne points out. As in the case of FDR/CVR boxes, an AIR would have to be hardened against shock, heat and water penetration. Likewise, the AIR would need a recorder independent power supply (RIPS) to guard against gaps in the data.

According to Jim Elliott, the marketing manager for Michigan-based Smiths Aerospace Electronic Systems, the RIPS would have to kick in within 50 milliseconds of the aircraft power loss. Elliott says it is especially important to "maintain data collection during a very critical period," when electrical and other systems may be failing.

Horne ticked off some of the items affecting video system installation and performance:

Picture quality is a big issue. To record the instrument panel, a high-resolution camera operating at a low frame rate (one frame per second) is preferred, but that capability requires a great deal of memory. To record human and other activity, a lower resolution and four to five frames per second is preferable, as the imagery eats up less storage.

"You almost need two separate cameras" to cover the cockpit, says Horne. His company is experimenting with a variety of possible cockpit camera installations to arrive at the best tradeoff between resolution and frame rate.

There also is a tradeoff between field of view and resolution. As the area covered by the camera widens, fewer cameras might be needed, but at a "cost" of lower resolution.

A color capability requires more memory and is less versatile than black-and-white video. Horne explains that "black and white is more sensitive, so you get higher resolution, and it works better in low light." However, to best capture multicolored glass cockpit displays, a color recording would be essential.

For cabin coverage, a color capability would not be critical but nonetheless might be preferred. "We live in a color world. People like it better," says Mike Zwolinski, vice president of business development with RemoteReality, a Massachusetts-based video surveillance manufacturer.

Digital or analog? With digital processing (which is not possible with analog technology), Zwolinski says, "every pixel can be enhanced to bring out the detail."

The availability of wide-area digital cameras makes it possible to cover the cabin of an airliner with just four cameras. The installations would be unobtrusive, with two cameras in the ceiling and the other two mounted just below the overhead bins on the side of the cabin. The imagery can be fed to a display in the cockpit. Selected imagery could even be transmitted to an air marshal on board, who would receive the camera coverage on a personal digital assistant (PDA). With satellite linkage, imagery could be transmitted to the ground, Zwolinski adds.

Can cockpit video recordings of crashes find their way into the public domain? An aircrew’s final moments might become the voyeuristic grist of "snuff films" on the Internet. In addition, employees may find the constant camera coverage intrusive. Christopher Julius, of the NTSB’s office of general counsel, says, "There is a lot of emotion and a lot of concern about privacy issues."

Capt. Terry McVenes from the Air Line Pilots Association (ALPA) says his organization has a number of restrictions in mind, to include:

The signs also point to much broader use of CCTV than coverage of the cockpit and the entrance area immediately behind the cockpit bulkhead. Someday, the typical airliner may be outfitted with a dozen or more cameras. Consider:

Total video thus would require some 14 separate cameras for a widebody–perhaps as many as 16 to 18 to cover inaccessible areas, such as wheel wells. Swissair’s installation allows for pilots to select the view from each camera, and this feature would have to be integrated into the overall avionics suite. 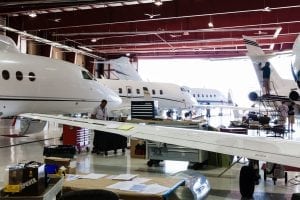