Boeing was awarded a $3.4 million follow-on contract from the U.S. Air Force to provide 46 additional Combat Track II airborne satellite communications systems. Boeing said it has delivered nearly 500 Combat Track II kits to the Air Force since 2001. The total value of the systems currently in use is about $38 million, according to Boeing. The systems are installed on C-130, C-17, B-52 and B-1 operated by the Air Force Air Mobility Command, Air Combat Command and Air Force Reserves. The system provides crews with command and control information as well as secure, beyond line-of-sight, encrypted communications between the aircraft and worldwide Air Operations Centers, Boeing said. In addition, the system is capable of providing position reports, supporting text messaging and delivering intelligence and threat information to the cockpit. 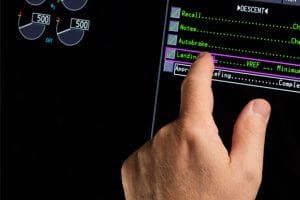