With the first generation of light-emitting diode (LED) technology proving its value on the flight deck and in the cabin, manufacturers of aircraft lighting systems are developing second-generation systems that throw off more light while using less power, have longer life and take full advantage of lighting technology developed for commercial electronics.

LED lighting continues to make inroads across all areas of aircraft lighting, from the flight deck (with all new-production cockpits going to LEDs), to cabin interiors (for signage, reading lights, flood lights and area lighting), to the aircraft exterior (wing-tip and anti-collision lighting).

LED modifications and upgrades are also holding up during the economic downturn in all three lighting categories, according to industry observers. For example, Ohio-based Nextant Aerospace includes LED master caution systems and LED cabin lighting as part of its Beechjet 400NEXT upgrade program (a modification of the Beechjet 400A and XP) that also features new Williams FJ44-3AP engines and Rockwell Collins Pro Line 21 flight deck.

“The major avionics OEMs are turning out to be my best salesmen,” said Bruce Maxwell, president of Luma Technologies, based in Bellevue, Wash.

“You see lots of ads and photos of shiny new or modified cockpits with one of those beautiful flat-panel systems, and what do you see? Your eye is immediately drawn to all the older switch lights and caution systems, with their failure-prone heat-generating incandescent lamps. My take on it is that if you don’t upgrade them at the same time, it’s like changing your oil and not replacing the filter; it just doesn’t make any sense. An increasing number of OEMs and mod centers are coming to me asking how our LED products can be bundled in with their own.”

In response, companies like Luma and Emteq, of New Berlin, Wis., are developing a growing number of systems and supplemental type certifications (STC) for the aircraft platforms. The goal is for a drop-in, plug-and-play replacement wherever possible.

Emteq recently received an STC for a white light LED cabin system to replace incandescent bulbs on the DC-9. White has always been the most difficult color for LEDs to project because of an additional phosphor coating that is required, leading many manufacturers to use red, green and blue LEDs for accent lighting while relying on incandescents for white.

Emteq targeted the STC at the 69 DC-9s still operated by Delta Air Lines, all of which came from Northwest Airlines when the two merged. There are also 50 plus DC-9s still flying in Europe, primarily with KLM and Austrian Airlines.

“Technically speaking, the challenge for us (in developing the STC) was getting a small, reliable package for 115 volt AC power,” said Matt Trotter, Emteq director of LED products. “LEDs are DC-voltage devices, so you have to take in AC and create DC in an efficient package. We wanted to run power directly from the harness to the lamp assembly itself. Everything is contained within the product so there are no separate boxes like those that would be required with fluorescents.”

Trotter said he believes the market for cabin retrofits of LED lighting can only grow larger. “When you look at the 767, 757, even the 737 and the A320 family, these aircraft are of an age when new interiors and seats are being considered, so new lights make sense,” he said.

While second-generation LED systems are in development, almost exclusively within the high-volume commercial electronics market for cell phones, flat-panel televisions and other consumer products, the major focus within aerospace is the initial introduction of the technology into all areas formerly dominated by incandescent lighting.

For example, Boeing’s 787 Dreamliner is the first commercial aircraft to make extensive use of LEDs throughout the flight deck and cabin. The availability of LED lighting is freeing designers from the shackles of having to design interiors around long, skinny incandescent tubes to the point where they can now design round, curved and complex fixtures.

LEDs also have become particularly popular with designers of cockpit systems. “What we’re finding is that the lighting in illuminated switches are becoming part of the overall cockpit strategy,” said Steven Edwards, product development manager for Aerospace Optics, based in Fort Worth, Texas, producer of the Vivisun line of products.

“OEMs are looking at LEDs as a way to increase functionality in the same space, while decreasing weight by reducing wiring, which also improves reliability,” he said.

Aerospace Optics in 2009 introduced a line of LED products called the Logic Series that replace the electromechanical holding coil in traditional incandescents — which Edwards called “notoriously unreliable” — with an electronic holding coil. Besides longer life, such a configuration permits three-way switching, a function commonly found in homes where a single light can be controlled from two different switches, say, at the top and bottom of the stairs. In aviation, this allows a pilot to turn on a light on the left side of the cockpit and the co-pilot to turn it off from the right side. Another advantage for aviation is that a light that’s left on when the aircraft powers down doesn’t come back on when the aircraft goes into power-on mode.

“Rather than modifying a piece of electronics to do that, the switch itself can do it,” said Edwards, adding that the same goes for blinking. “There isn’t a switch that blinks by itself. With LEDs you don’t need a computer to turn it on and off.”

The aerospace lighting industry does face a number of challenges in the wholesale transition from incandescent lighting to LED lighting. For example, LEDs require specialized power conditioning and electronic circuitry in order to duplicate the visual performance of their incandescent predecessors. That means that LEDs must do more in smaller packages without increasing size, weight and power requirements.

In some instances, that can mean additional cost, because many LEDs are unique to a specific application versus an off-the-shelf incandescent solution. Being a first-generation product means that there aren’t many off-the-shelf LEDs, and designs are still evolving.

“Old incandescent lamps were the same for 50 years; the one you buy today is the same as one decades ago in terms of light, temperature and current,” said Mickey Jacobson, engineering manager of optics at Esterline Control Systems, based in Everett, Wash. Esterline manufactures lighting products under the Korry name and is providing the overhead panel section for the Boeing 787.

“As LEDs get brighter, they tend to obsolete older designs,” Jacobson added. “Brighter isn’t always better because you could have to go back to the design and change specs. It’s a challenge for the lighting engineer.”

Another challenge is reconciling the 25-year lifecycle of an airplane with the typical 18-month turnover of electronics originally developed for the consumer market.

“The issue with following consumer electronics is obsolescence,” said Jacobson. “We have to supply spares for 20 years, so we have to be careful about what we pick. Some suppliers are better than others in maintaining their product line.”

Jacobson mentioned a number of trusted LED suppliers that his company expects to be working with in the coming years, including Avago Technologies, of San Jose, Calif., a former division of Hewlett-Packard, and Japan’s Nichia Corp. and Toyoda Gosei.

In addition, LEDs are fragile if they are not packaged and handled properly. And there are the usual regulatory issues associated with introducing new technology into aviation.

“One of the problems we face in doing this is the length of time and investment associated with obtaining the regulatory approvals needed to get it on the plane,” said Luma’s Maxwell. “About the time you get a technology developed and incorporated into a certifiable product, they’re already talking about something new and better. Obviously, I’m exaggerating, but those other industries often move at a much faster pace than ours.”

There also is an increasing demand for night vision imaging system (NVIS)-compatible products from the non-military marketplace, predominantly rotary wing applications for medical, law enforcement and a growing number of special mission aircraft.

Much of this work is handled by modification houses that specialize in NVIS lighting, such as Aviation Specialties Unlimited, of Boise, Idaho, and Rebtech, of Savannah, Ga.

In many cases, LEDs greatly simplify the filtering that’s necessary for night vision compatibility because they don’t produce wavelengths of light that can be picked up by night vision goggles, while at the same time providing visible light when a pilot looks under the goggles.

Interestingly, one trend related to flight deck lighting seems to be reversing itself. Human factors studies show that there are possibly too many functions that have transitioned from standalone indicators in the cockpit to large, multifunction glass displays, causing them to get lost in the maze of information. As a result, lighting executives say they hear a growing call to reverse the trend and return warning and caution lights, for example, back to standalone status.

“Many displays have second-, third- and fourth-level menus, and human factors studies are telling us that you can’t have things buried so deep,” said Edwards. “You don’t want pilots to have to click more than two times to hunt for warnings and cautions. We’re seeing a trend reversing the number of switches in the cockpit, and when those functions come back, they’re coming back as pushbutton switches where the pilots get an immediate and tactile response.”

Avionics Magazine's Product Focus is a monthly feature that examines some of the latest trends in different market segments of the avionics industry. It does not represent a comprehensive survey of all companies and products in these markets.

Following are some recent developments announced by manufacturers of aircraft cabin, cockpit and exterior lighting systems.

âž¤ Talon Aerospace, of Helena, Ala., is working to secure new certifications for its LED anti-collision aircraft lights, the company said.

The company received FAA certification of its 400 candela Anti-Collision Light for large aircraft in 2008. Talon said it will add additional aircraft to the Approved Model List for the system as well as for its Wing/Tail Strobe and Navigation/Position lights this year. The Anti-Collision light can be mounted on multiple aircraft with simple mounting adaptors, requiring no major modification to the aircraft.

Additionally, the company expected to receive FAA certification of its Engine/Wing Scan Lights, Turn/Taxi Lights, Logo Lights and Landing Lights over the next 18 months.

âž¤ Emteq, based in New Berlin, Wis., announced in February that it will develop and supply exterior lighting provisions for the MD900, MD500 and MD600 series helicopter production lines from MD Helicopters. The lighting systems will include Dual Mode Anti-Collision Lights, Position Lights and Tail Lights.

Also in December, the company said WEPPS was granted a Validation of Supplemental Type Certificate by the Civil Aviation Administration of China for use on Boeing 737-300s, -400s and -500s.

âž¤ Heads Up Technologies, of Carrollton, Texas, in October said it developed and qualified the LED cabin lighting system for the Beechcraft King Air 350i. 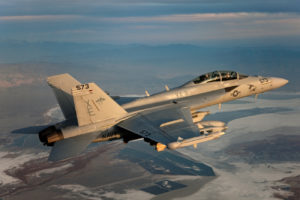 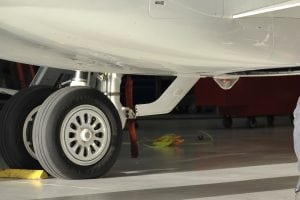