STG Aerospace of the U.K. won a contract with U.S. regional carrier SkyWest Airlines to supply its Bombardier CRJ fleet with the SafTGlo system, the company’s electrical floorpath marking system. Financial terms of the deal were not disclosed. STG said the deal is one of largest single orders in its 11-year history, with a total of more than 200 aircraft shipsets of the system being delivered to SkyWest over the next year. SafTGlo is installed in more than 4,000 aircraft around the world operated by more than 300 airlines, STG said. 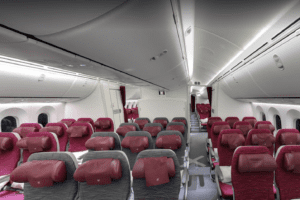