As in years past, our annual outlook report is festooned with figures, charts and graphs, all to take the economic pulse of the aviation industry and the avionics field. Typical of industry forecasts, the report is analytical and dispassionate. But aviation can stir passion and romance. Or at least it used to.

Looking beyond economics, we should occasionally examine the industry's animating principle--the spirit and sense of adventure that long has powered its dramatic advancement. Does aviation remain the romantic industry that we highlighted a year or so ago, when we celebrated the centennial of powered flight? Is it an industry that still requires "the right stuff," as in the days of Chuck Yeager and the Apollo astronauts? In short, what is aviation's "cache? quotient"?

There was a time when the cache quotient was high and the desire to enter aviation grew out of childhood dreams. Perhaps this attitude can best be explained by a joke, in which a man who cleans the toilets in airplanes complains to a bartender about his job's long hours and low pay. When the bartender suggests he quit his job, the man cries, incredulously, "What, and leave aviation!"

But we've learned from the avionics technician shortage and aging of the aviation workforce that people will leave aviation. And executives in the air transport market may be excused for thinking that there are easier industries in which to seek profits. The International Air Transport Association recently reported that, despite increased traffic last year, the air transport community still could expect "losses in excess of $4 billion in 2004." Another joke might best sum up business attitudes regarding the airline industry--in which, when you ask how one can make a million dollars a year in commercial aviation, the answer is, "First, be prepared to spend $2 million a year."

These comments are made tongue-in-cheek. But they also recognize the widespread change of an industry that once was romantically "white scarf" and now has become quite "buttoned-down."

And that applies to the cockpit environment, as well, where pilots have become more systems managers than aircraft drivers. Credit the dramatic advancements in digital avionics, modern sensors and high-speed data transfer for this transformation. Such change conjures another joke, which describes the modern cockpit's crew--a human and a dog: "The human is in the cockpit to feed the dog, and the dog is there to bite the human, should he try to touch any of the aircraft controls."

On a more serious note, although today's computerized black boxes deliver greater air travel safety and efficiency, they also can make air crewmen less alert and dull their piloting skills. "I think a lot of [air transport pilots] are bored to death," said Curtis Graeber, Boeing's chief engineer for human factors, in a Washington Post story. The article went on to predict a time when pilots won't be needed to fly aircraft--an achievement that would certainly reduce aviation's cache? quotient.

But perhaps the passenger more than the crewman feels most that romance has left air travel. This might explain why the airlines' struggle to survive has drawn so little public sympathy.

A recent book, Naked Airport by Alastair Gordon, reveals just how much air travel has changed. Gordon contrasts the genteel environment in airports years ago with the harried terminals of today. Since 9/11, our airports have become shopping malls turned into minimum security prisons, with barriers, screening devices and guards telling passengers to remove articles of clothing.

So, has the cache? quotient been lifted anywhere in the aviation industry? Perhaps, as in so many industries, it has risen most for the engineers and computer programmers. Bursting with innovation, they have opened a floodgate of new systems and avionics functions. Consider our story in this issue on night vision (page 28). Taking a rather mature technology, image intensification, engineers are launching new ideas for night vision, from sensor fusion to synthetic vision.

And the fun, if not cache?, extends to the field, too, where new technologies are applied. Talking to an engineer with FAA's Capstone program--who is overseeing the use of automatic dependent surveillance-broadcast, wide area augmentation system navigation, and other new developments--I was told, "We're having so much fun up here in Alaska, that we're almost ashamed to take a paycheck." Of course, in reference to his pay, he was only joking. 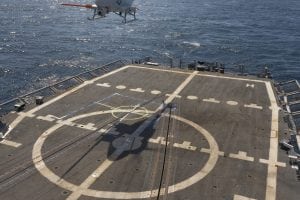 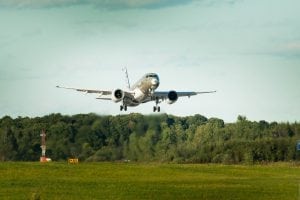 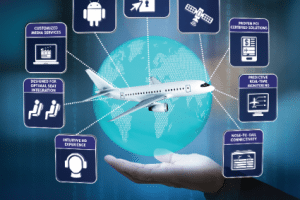