Air vehicle and radar designers aspire to the union of form and function: antennas that perform both structural and sensing roles. Such technology could revolutionize battlefield intelligence, surveillance and reconnaissance (ISR), enabling multiband, multimode detection for unmanned air vehicles (UAVs). Today's rigid, heavy and power-hungry electronically scanned phased array radars are suboptimal for UAVs. Conformal, load-bearing antennas, however, would decrease the empty weight and increase the flight time of these aircraft. Such technology, however, has numerous hurdles to clear. It must be robust enough to withstand a lifetime of flexure, and algorithms must be matured to steer the beam over a curved, moving surface. But prototypes exist, thanks to projects like SensorCraft, initiated by the U.S. Air Force Research Lab (AFRL) in 1999. SensorCraft draws on multiple disciplines to develop the sensor, aerodynamic, airframe and propulsion technologies needed to field a long-endurance UAV optimized for ISR.

The vision is to integrate UHF and X-band antennas into the aircraft structure to provide multiband, 360-degree coverage without the weight penalty of conventionally mounted radars, rotadomes, canoes and radomes. Large UHF antennas in the wings, generating high gain and beam scan rate, will be able to detect and track both ground moving targets and air-to-air targets. Northrop Grumman has developed a 5-by-5-element UHF subarray, while Raytheon and Boeing have developed X-band components. Radars in the UHF band (300 MHz to 1.0 GHz) can detect moving targets through foliage, while higher-resolution X-band (8.0 to 12.5-GHz) radar can track and resolve targets. In an operational scenario, the UHF radar would "hand off" the target it has detected to the X-band radar for high-accuracy tracking. Both offerings are electronically steerable arrays.

Northrop, Boeing and Lockheed Martin have developed airframe concepts. Northrop's concept is a flying wing. Boeing's concept is a "joined wing," whose forward swept wings meet a narrower pair of aft-mounted wings to form a diamond shape. Boeing's concept offers additional space for array placement, but coupling between the forward and aft wings complicates the structural flight dynamics. AFRL is building aeroservoelastic models to better understand the behavior of this design. Lockheed has developed a more conventional wing-body-tail concept.

Structural testing on small UHF and X-band panels has demonstrated that the designs can withstand aircraft primary structural loads, says a senior aerospace engineer at AFRL's Air Vehicles Directorate. AFRL has completed tests on a 1-by-1-foot (0.3-by-0.3-m) X-band subarray, and has performed structural testing on coupons, elements and panels. All work is meeting expectations, he says.

An X-band "large article" is being built for radio frequency (RF) and structural testing. It measures about 11 feet by 21 inches (3.3 by 0.5 m) and is a little more than 1 inch (2.5 cm) thick. These tests are expected to conclude next year. Avionics Magazine viewed an X-band component using a grid of 0.5-inch [1.3-cm]-spaced vertical surfaces--spacing equal to about half the wavelength.

On the UHF side, some "small article" testing remains. AFRL completed RF testing of a 5-by-5-element UHF array brassboard and a curved, unbonded 5-by-5-element composite panel. Engineers have completed structural coupon and element testing with satisfactory results, the engineer reports. The 5-by-5-element panel will undergo structural testing following its completion of RF testing. The large UHF prototype measures 35 by 9 feet (10.6 by 2.7 m) in the form of a SensorCraft wing section.

To be successful, SensorCraft's X-band array would have to demonstrate a concept quite different from the X-band, active electronically scanned arrays (AESAs) fielded on today's fighter aircraft. These systems require very stiff, heavy metal apertures behind radomes. SensorCraft, by contrast, uses flexible, bonded composite construction on a curved surface. That's a radical departure from current X-band designs, which are held very flat for beam forming. The SensorCraft array will include a deformation compensation system, so that at any time the shape of the antenna is known. And if the shape of the antenna is known, phase control will keep the beam where it is intended to go.

X-band tests next year will demonstrate deformation compensation, using phase compensation to bring the beam back on boresight when the structure is flexed. Because today's AESA algorithms assume a flat, rather than a curved surface, steering the beam over a conformal structure will entail significant algorithm development.

SensorCraft, however, is not out to develop a deformation measurement system, stresses John Perdzock, a senior electronics engineer with the Air Vehicles Directorate. "We are leveraging a considerable amount of development that has taken place." Deformation is less of an issue with UHF than with X-band. The wavelengths in the UHF band are measured in feet, and the deflections of this antenna are a much smaller fraction of its wavelength than is the case with X-band.

The UHF antennas are being designed to "endfire" longitudinally, fore and aft, to achieve air-to-air target detection from an antenna embedded in the wing skin. An aircraft on an air-to-air mission needs to put energy on the horizon in front of, behind or around itself. AFRL has demonstrated the ability of the low-band system to launch endfired energy and to scan around the array to provide 360-degree coverage. The X-band sensor, by contrast, will use a "broadside" array, emitting energy perpendicularly to the wing. This antenna can be scanned to about +/-60 degrees from broadside.

The UHF antenna is a multilayer honeycomb, stiffened structure with a dielectric outer moldline skin to allow the antenna to radiate and a graphite reinforced inner moldline skin. RF-passing, reinforcing fibers like quartz or glass must be used, as traditional carbon fiber reinforcing materials would conduct the RF energy and short out the radar function, says Perdzock.

The sandwich design is the most efficient to resist buckling, the typical source of aircraft skin failure, but it also provides the depth for the antenna to function properly, Perdzock says. AFRL's design is intended to withstand wing loadings of up to 4,600 pounds (2,087 kg) per inch and 2.5-g gust loads in maneuvers. "That's the standard gust load that's appropriate for a high-altitude, long-endurance vehicle like SensorCraft."

Structurally embedded antennas get stressed and strained much more than a conventional RF sensor mounted in the nose of an aircraft, so it is important to show that the antennas maintain their electronic performance over many cycles over the lifetime of the airplane. This has been demonstrated with small panels, but needs to be proved with larger and larger components up to the full size.

When functional tests have been completed, AFRL wants to subject the arrays to two lifetimes of fatigue loadings, Perdzock says. (For reference, the lifetime of a fighter is considered to be about 8,000 hours.) The lab also hopes to build a subscale demonstrator aircraft, but that probably wouldn't start this decade.

It is possible that the antenna array technologies could transition to other manned or unmanned aircraft, such as the Joint Unmanned Combat Air Systems (J-UCAS) project, but they will not be tested to the specific requirements of that application. They will be matured as structural antennas, in a more generic sense, Perdzock says.

A scale model of the flying wing was flight tested at NASA Langley last fall, bolted to the wall of the wind tunnel, says Perdzock. The gust load alleviation experiment stiffened the wing so it was deflecting about 1 foot (0.3 m) at full scale, compared with a typical +/- 4-foot (1.2-m) deflection under a standard gust load. The next step is to uncouple or unbolt the model from the tunnel wall and similarly stiffen the additional wing deflections, Perdzock says. The uncoupled model will more accurately represent a free-flying airplane, he says.

A nearer-term AFRL antenna project is XTRA, for X-band Thin Radar Aperture. This aims to develop a phased array radar antenna that is "able to be tailored to a surface," says Stephen Schneider, principal engineer in the lab's RF Sensor Technology Division. AFRL ultimately aims to achieve a lower-cost, lighter-weight, better power-handling array that would be scalable in size and frequency.

In an XTRA press release, Raytheon linked the the antenna technology award to the J-UCAS unmanned combat air vehicle. But potential for dual use also exists.

Thinness is crucial. If the panels are too "fat," there is no room for the electronics when you bend the array, Schneider says. And there are tradeoffs. When an array is wrapped around a surface, the radiators are pointed in different directions, so that not all of them can be used. So there is less radiated power from a curved array than from an equivalently sized, flat array.

Raytheon is building a prototype, using a controlled manufacturing process, or fab, under Phase 2 of the program, which concludes in December. This prototype, however, will be flat and rigid. If Phase 2 is successful, a further option is posible, which "would try to scale it up a little larger" and demonstrate the radar function, Schneider says. 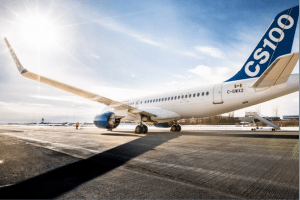 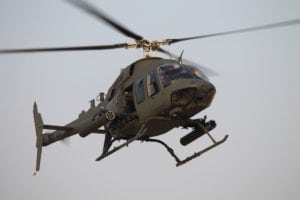 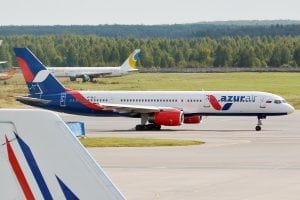