During the cruise phase of flight, a "smoke" event is more than twice as likely as an engine problem to cause an unscheduled landing, according to a new study of service difficulty reports.

Capt. Jim Shaw of the Air Line Pilots Association (ALPA) did the analysis. It builds on his earlier work on the frequency of in-flight smoke and fire events, this time by examining the phase of flight during which the events occur (June 2000 issue). Shaw flies for Delta Air Lines, and the findings clearly have implications for extended-range operations (EROPS).

Current EROPS flight planning allows routes as far as 180 minutes–and in some cases up to 207 minutes–from a divert airfield. The idea is predicated largely on engine reliability and the steps taken in design, maintenance and flight planning for twin-engine jets to preclude the loss of the second engine, should the first have to be shut down.

Shaw’s study suggests that crews on EROPS flights are more likely to face an in-flight smoke event–the first hint of which is usually an acrid scent–than they are to see the disturbing instrument display of an engine temperature climbing steadily toward the mandatory shutdown range. The potential smoke threat to the safety of ever-longer EROPS flights may warrant elevated priority.

Shaw’s findings are consistent with reports submitted to the Aviation Safety Reporting System (ASRS). They show, among other things, that the proliferation of in-flight entertainment (IFE) systems has increased the potential for smoke and fire events, for which aircrews may lack training, emergency equipment and the ability to pinpoint and isolate the source of smoke (January 2003 issue).

In the process of examining hundreds of service difficulty reports (SDRs), Shaw originally was looking simply for the factors causing unscheduled landings. During the course of this examination, he found a surprisingly large number of smoke events that forced crews to divert and land. Unscheduled landings due to engine problems came in at a surprisingly distant second place.

Shaw looked at unscheduled landings for a variety of two-, three- and four-engine aircraft, including the Airbus 330, Boeing 757, B767 and B777 twinjets, the MD-11 trijet, and the four-engine B747. The SDRs were filed from 2000 to 2002, so Shaw basically was analyzing the most current data available.

His findings need to be couched with a disclaimer. Carrier participation in the SDR program varies widely. This being the case, valid rates cannot be derived from the SDR data. Moreover, the total number of SDR reports can be a misleading indicator of the number of events actually occurring. The actual number could be twice that reported to the SDR database. Furthermore, while the aircraft selected for the review often are used in EROPS flights, the reported diverts did not all occur during the EROPS portion of the flight.

With these caveats in mind, Shaw’s study is nonetheless significant. It points to the greater likelihood that crews on EROPS flights will face a smoke incident than an engine event serious enough to force a landing at a divert airfield. "An EROPS flight must operate for an extended period of time with whatever condition caused the crew to begin the divert," Shaw says.

In comparing smoke-related with engine-related unscheduled landings in the cruise portion of flight, Shaw found 59 reports of engine-related diverts, but more than 130 events in which smoke triggered the decision to divert.

The findings suggest that smoke poses "a real dilemma," Shaw writes. "Current regulations only require that once the smoke generation stops, the air ventilation system must be able to clear the cockpit of smoke within a preset time limit. [They] do not deal adequately with the problem of continuous smoke generation, which so often is a feature of the more serious smoke and fire events, such as the 1996 crash of ValuJet Flight 592 and the Swissair Flight 111 accident in 1998," Shaw writes.

Current aircraft designs are limited in their ability to clear the cockpit of smoke after the smoke stops being generated. Therefore, Shaw asserts, "Crews and passengers on EROPS aircraft are placed in the difficult position of trying to operate and survive for long periods of time in a smoke-filled aircraft."

To mitigate the risk, Shaw believes several options are available. "First, reduce the risk of fire or smoke through more rigorous wiring and flammability standards," he recommends.

"Finally," Shaw urges the importance of "devices to improve instrument visibility in a smoke-filled cockpit, improved checklist procedures for dealing with smoke, and an adequate oxygen supply, so the pilots at least have a chance of completing the divert when all else fails."

Some additional thoughts come to mind. To qualify for twin-engine EROPS, an operator must demonstrate a specified in-flight shut down (IFSD) rate, thereby assuring regulators that its maintenance and other practices are sufficient to minimize the likelihood of engine problems in flight. The standard calls for not more than 0.02 shutdowns per 1,000 hours of engine operation. Many operators have pushed the in-flight shutdown rate down to 0.01 per 1,000 hours, or about one in-flight shutdown for every 100,000 hours of operation. Perhaps a comparable standard could be established for in-flight smoke events. Moreover, just as EROPS-certified airplanes must feature more backup systems, perhaps video smoke detection should be a required capability built into EROPS aircraft.

One of the greatest challenges in dealing with an in-flight smoke event is reliably locating the source–with pilots’ noses the dominant detectors, much the way cave men sniffed the spoor of their prey. In this regard, video smoke detection could be a critically helpful tool.

Finally, reflect upon this chilling thought: in-flight smoke and engine events may not occur separately. An engine failure and associated electrical and ventilation problems may occur simultaneously. This would force pilots to fly on one engine to the nearest airport while coping with smoke in the cockpit. Consider what might be called the Law of Diminishing Alternatives. This axiom holds that the hazard level climbs when options are constrained. A captain flying with an engine out on an EROPS twin-engine jet may decide to bypass the nearest alternate airfield due to worsening weather or the dismaying message that a ground navigation aid has become unserviceable. However, with a deteriorating smoke situation on board, bypass no longer would be a viable option.

One way to minimize this ruin-your-day scenario would be to insist on reducing the frequency of smoke events to the qualifying EROPS frequency for shutting down engines. To use a golfing simile, the objective would be "par for the pecking odor."

A Closer Look at the Numbers* 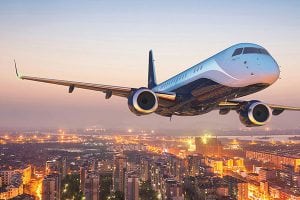 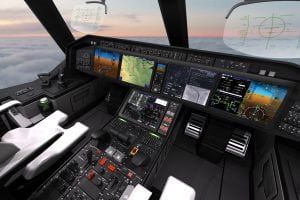 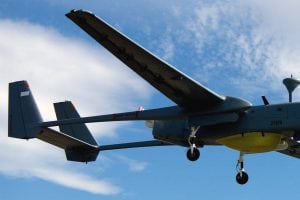