The importance of wire and cable selection, installation and maintenance cannot be overstated. The aviation industry’s approach to the parlous state of electrical wiring can be likened to an alcoholic’s progress—stout denial, fervent confession and then determined commitment. The analogous wiring scenario has played out in numerous industry meetings over the past three years, where the accumulation of undeniable evidence has forced the impetus for reform.

Consider attitudes then and now. Three years ago the prevailing attitude could be summed up as, "What wiring problem?" Today, consider the sober assessment of Kent Hollinger, chairman of the Aging Transport Systems Rulemaking Advisory Committee (ATSRAC). This government-industry task force has led the exploratory examination of the state of wiring in the fleet. The road to reform has been bumpy, Hollinger conceded.

"The concept of wiring as a system has not come easily to some segments of the industry," he said in a recent assessment that understates the state of denial evident to this observer of those early ATSRAC meetings.

Today, Hollinger’s view reflects that of the committee of the whole. As such, it merits citation in full.

"The delivery of electrons throughout the aircraft is such an essential function that wiring can no longer be considered as ‘fit and forget,’" Hollinger said. "Past practices such as using wire bundles as ladder rungs to reach higher areas, and hanging maintenance lights from wiring, can no longer be tolerated. Our detailed inspections of ‘in service’ wiring have shown that problems are common to both large and small transport aircraft," he said.

Now that the state of awareness has been raised, Hollinger added, "Safety improvements in maintenance and design will be possible."

Indeed, the dramatic change in attitude represents a journey from "data-free declarations" to "data-driven safety."

The ATSRAC inspection effort has found that the problems are systemic and unrelated to whether aircraft are large or small. Indeed, the "go look and see" effort was divided into two stages. The first sent teams of inspectors to actually peer at the wiring inside some 81 large transport aircraft (LTA) that were 20 years old or older and to remove samples from six retired aircraft for further laboratory analysis. The second part of the effort, stimulated by eyebrow-raising findings in the big jets, sent the inspectors to look at wiring in some 39 jets in the six- to 30-passenger category with more than 15 years of service, dubbed small transport aircraft (STA).

Since these in-service jets were younger, the results were of the good news/bad news sort. The wiring was in better shape, less chafed, with thinner layers of flammable lint and dirt on bundles. The bad news was that the wiring degradation in the STAs was disproportionate to their years in service.

But first, the findings on the big jets. On the 81 jets whose wiring was visually inspected, some 3,000 "notable items" of wire degradation were found, some 144 of which were deemed potentially hazardous. Given the limitations of visual inspections, in which, for example, wires inside bundles could not be viewed, the wiring in six retired jets was subjected to so-called "intrusive inspection." The aircraft included two DC-9s, a DC-10, an L-1011, a B747 and an A300.

Nobody escaped, in that all aircraft contained wiring problems. Also, aromatic polyimide (more often known by its trade name, Kapton) led the pack in the number of anomalies.

Hundreds of insulation breaches were found in all aircraft. The variance was significant, as exemplified by the two DC-9s. On one, the average breach rate was 3.5 per 1,000 feet (305 meters) of wire; on the other, it was one breach every 2,000 feet (610 meters), a variance of 600 percent. The difference illustrates the environmental and maintenance impacts on wire integrity.

To be sure, aircraft can be flown with insulation breaches, but when the underlying conductor is exposed, breaches can lead to spurious signals, "noise" and, worse, electrical arcing that, in turn, can lead to in-flight fire.

Of four types of wiring removed from the aircraft for laboratory analysis, aromatic polyimide showed more than 20 breaches per 1,000 feet of wire, roughly four times more than the same length of cross-linked Tefzel (XL-ETFE) wire. So much for the prevailing notion that "wire is wire" and the chemical composition of the insulation has no bearing on durability.

The rigorous technical report concluded with dry understatement, "Visual inspection probably could not be relied upon to detect degraded repair, cracking or delamination."

Mark Brown of GRC International, a company specializing in wire inspection technology, offered a more vivid assessment: "The wire anomalies included burnt wire, severe embrittlement, delaminated wire and ‘traumatic damage to wires.’ Laboratory testing [showed] insulation breaches in a range of 0.44 to 4.17 per 1,000 feet of wire. If 150 miles (241 km) of wire is typical of a large transport, we are talking about 350 to more than 3,000 insulation breaches in one aircraft."

Wiring expert Ed Block participated in some of the on-site wiring inspections and believes the committee report’s cautious language pussyfoots around the stark reality. "Visual inspections have proven totally inadequate. The condition of the wiring in each of the [retired] aircraft I inspected was deplorable," Block said. "Inches-high piles of flammable dust and lint were everywhere. Multiple incidences of contamination of wire bundles with blue toilet water also were found. Serious flaws in installation and maintenance practices were clearly evident, including those wired with flammable polyvinyl chloride (PVC), and the severe chafing of explosive Kapton…No amount of false categorization, obscure definitions, or the scattering techniques used throughout this report can diminish the safety of flight issues I witnessed."

Chris Smith, the expert from the Federal Aviation Administration (FAA) Technical Center who led the intrusive inspection team’s effort, countered that ugly facts have not been swept under the rug of bureaucratic formalism. "Nowhere did we reinvent the data or results," Smith said flatly.

The inspections of smaller twinjets, completed late last year, revealed numerous cases of chafing, split insulation, dirt, chemical contamination and inadequate separation of wiring from structure and flammable materials. In many cases the wiring installations violated approved practices. More than 2,200 individual wiring-related discrepancies were found, including breached insulation, metal shavings embedded in bundles, wires tied to fuel lines and tied to hot air pipes. None was deemed a "safety of flight" issue–a matter of judgment; but, at the very least, the more serious discrepancies fall under the heading of latent hazards.

ATSRAC member Capt. Ken Elias, representing the Air Line Pilots Association (ALPA), put the findings on the large and small jets into context. On the STA inspections, 31 percent of the significant findings were due to wiring conditions, whereas the figure was 35 percent for the LTA inspections.

"The relatively small differences in the data become more meaningful when the extreme airframe hour range and cycle range of the large aircraft are considered," Elias wrote in his commentary on the STA inspection report. "It would be reasonable to assume that the number of items detected…should be significantly less. The [STA] were all operational aircraft, while the large transport inspections were performed on decommissioned [salvage] aircraft," he wrote, referring to the six LTA jets subjected to intrusive wiring inspections.

As in the case of the large transport inspections, not all the damage was caught by visual examination. Intrusive inspections were necessary to assay the full extent of degradation. The findings were similar in terms of the major problem areas.

In short, the smaller aircraft were used less, but when examined, their wiring was not in that much better condition.

In view of the data, some major observations can be drawn:

It may be useful to take a page from the recovering alcoholic’s playbook, where success is measured one drink-free day at a time. Break the wiring safety issue into manageable pieces. Just for openers, it might be divided into three levels, from technician to operator to manufacturer.

"ATSRAC identified enhanced training as the greatest area of need with regard to wiring systems," Hollinger said. His committee has recommended a detailed training curriculum with varying levels of instruction for mechanics, inspectors, aircraft cleaners, engineers, cockpit and cabin crews. "Once the level of awareness of the criticality of wiring systems has been raised, further safety improvements in maintenance and design will be possible," Hollinger predicted.

Operators can assess their own situation, perhaps by tracking the number of returns to the gate and unscheduled landings that have occurred in, say, the past 30 days due to electrical malfunctions.

Aircraft manufacturers might reconsider their accustomed electrical system design practices. Large bundles suggest an electrical wiring philosophy based on ease of installation during manufacture, not necessarily ease of inspection and maintenance for the operator.

And to dissuade any lingering doubters, recall the central finding of the wiring inspections conducted on those 120 large and small jet transports: nobody escaped. Hollinger and his ATSRAC colleagues have produced a sobering stimulus to action. 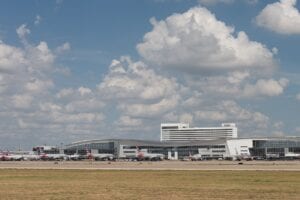 The First 100 Days: How Airlines Responded to the COVID-19 Crisis 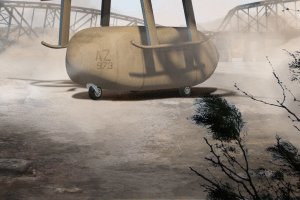 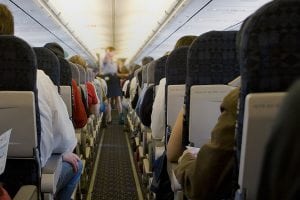