The aviation industry is moving from bulky, power-hungry cathode ray tubes (CRTs) to lighter, more reliable liquid crystal displays (LCDs). New aircraft types and versions have adopted LCDs. But a huge pool of electromechanical- and CRT-equipped aircraft remains to be tapped. Given the current economic climate, LCD retrofitting is still a small business, but it will pick up in the next two to three years.

Flat panel technology can present complex graphics, such as airport surface maps, automatic dependent surveillance-broadcast (ADS-B) and vertical situation display. The DU-7001 also introduces a new back light, using hundreds of light-emitting diodes (LEDs), rather than a single fluorescent tube. The display continues to operate with 70 percent of the LEDs disabled, according to the company. Anti-reflective coatings also "eliminate the glare problem," claims David Webber, principal program manager for B747-400 display systems.

CRTs require high voltages–up to 50,000 volts–and generate a lot of heat, while LCDs, like large chips, can use power in the 5-volt range. LCDs can provide a 30 to 40 percent reduction in life-cycle costs, compared with CRTs, over a 10- to 15-year life span. Large CRT screens also have degraded electro-optical performance in the raster mode.

"Today’s technology is LCDs," says Kevin Young, director of display systems for Honeywell Air Transport Systems. "The reason everyone hasn’t switched [to LCDs] is that the cost hasn’t come down as everyone had anticipated. But OEMs [original equipment manufacturers] in production of sophisticated aircraft today have LCDs for primary flight displays or programs to convert production."

Honeywell, for example, plans to offer an LCD-based multifunction radar display (MFRD) to CRT-equipped air transport, corporate and military aircraft, and then to general aviation and rotorcraft platforms. The 6.2-by-4.8-inch unit–expected in the first quarter of 2003–can present not only weather radar, but also traffic alert collision avoidance system (TCAS), enhanced ground proximity warning system (EGPWS), map and checklist information. It is also a drop-in replacement for earlier Honeywell Primus and Allied Signal radar CRTs. With an MTBF of 15,000 hours, reliability has improved by a factor of two to three times. So far, Honeywell has MFRD orders for Learjet 55s and P-3 aircraft.

Some CRTs may be replaced earlier than others. Collins, for example, has said it will continue to accept orders for B747-400 CRTs through 2004 and may be able to extend that window. (Questions of continuing supply raise a host of issues concerning CRT repair and refurbishment, which will be covered in a future issue.)

Another target is B737-300s, -400s and —500s, platforms that originally were offered with either electromechanical or CRT-based displays. Southwest Airlines, for example, is looking at replacing electromechanical systems on 219 B737-300s and —500s. The carrier has proposals from four companies and hopes to select a vendor in early 2003. If the buy proceeds, Southwest expects to complete supplemental type certificate (STC) approval and begin installation in 2004.

"The life of CRTs in avionics is limited–maybe five years," says David Marvin, vice president of marketing and business development with Innovative Solutions & Support (IS&S). CRTs will be produced for the next 30 years, he says, but they won’t be cost-competitive with LCDs for avionics applications. Marvin claims that two B757 and two A300 operators want to replace CRTs with integrated cockpits in about two years. IS&S has a 10-by-14-inch LCD screen, the Pilot’s/IP (information portal), which can replace an aircraft’s attitude director indicator (ADI), nav display and electronic instrument indicators. The system also can present radar, EGPWS, TCAS, cabin video and electronic flight bag (EFB) information.

"In the future, with new functionality such as surface maps, ADS-B or video, airlines will need advanced LCDs," Webber says. "That, if anything, could be the driving force for change of the B757." Carriers with a large investment in B757s and B767s will be faced with upgrade decisions in coming years, Merluzeau says.

Customers, however, want to repair their CRT displays for as long as it’s cost-effective to do so, Young stresses. Honeywell visits CRT suppliers twice a year to review their strategic direction. "They are asking whether there are ways to increase production." (CRTs continue to be installed in new aircraft, such as the B757-200s and -300s.)

Although the airlines would like to have replacement CRTs available indefinitely, the economics aren’t favorable. CRTs are "not just obsolete parts, but an obsolete industry," Collins’ Webber says. The demand for CRTs is fading on the commercial side, as TV and computer manufacturers move to flat panel technology. 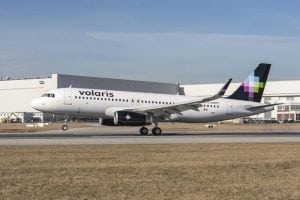