For years engineers have dreamed of an all-electric aircraft. They have envisioned a concept called "power-by-wire," in which electrical power moves aircraft flight surfaces. Gone would be the complex, heavy, maintenance-intensive, and (in combat) vulnerable hydraulic systems with their flammable liquids operating at high temperature and pressure. Gone, too, would be the miles of tubing, the pumps and valves. Weight could be shifted from plumbing to passengers, fuel or mission payloads.

The transition to an all-electric aircraft is still many years in the future. But aircraft engineers have tested electrohydrostatic actuators (EHAs), which combine electrical and hydraulic power: hence the evolutionary "more electric aircraft" idea. EHAs are electrically powered but use small hydraulic pumps and reservoirs that transform electrical power into hydraulic power. Airbus has worked with EHA flight control technologies for more than a decade. A320 and A340 flight test beds have operated since 1993-94 and 2000, respectively. The U.S. military’s Joint Strike Fighter and C-141 Electric Starlifter programs have tested EHA systems, as well.

Airbus has baselined EHA flight controls for its coming super jumbo aircraft. A related concept baselined on the A380 is variable-frequency (VF) power generation, which will enable the production of additional power more reliably, at lower maintenance cost, and for less weight, compared to current systems.

The A380’s sheer size seems to dictate a new approach to flight control technology. Its wingspan is about 262 feet (80 m)–nearly the size of a football field–and its length is slightly less, making the plane the largest conventionally configured aircraft ever built, Airbus says. The twin-deck fuselage is equivalent in size to an A340 cabin atop a Boeing 747 cabin, according to Airbus. Although the A380’s vertical and horizontal stabilizers were made "small," relative to the overall aircraft size, to save weight, they are outsized compared to earlier Airbuses. The A380’s vertical stabilizer has the area of an A320 wing and the new airplane’s horizontal stabilizer is equivalent to a pair of A310 wings.

To move these huge surfaces hydraulically, only, was considered but was discarded in favor of a hydraulic-plus-electric flight control architecture. When Airbus began to work on the A3XX concept, as the A380 was known four or five years ago, the company started with a baseline similar to the A340, says Michel Comes, Airbus director of engineering systems for the A380. (The A340’s flight controls are powered by three hydraulic systems.) But because there are more and larger control surfaces than in previous generations, the A3XX would have required much more hydraulic power–more tubes and fluid. This would have added weight and complexity, with hydraulic power generation and distribution elements. However, hydraulic power, which has been used for decades and is well understood, is the primary power source for A380 flight control, says Dominique van den Bossche, Airbus department head for actuation and hydraulics.

The use of electrically powered actuators, however, allows designers to efficiently segregate power distribution channels and save weight, the Airbus paper adds. Increased hydraulic pressure in the remaining hydraulic circuits–from 3,000 psi to 5,000 psi–also saves weight. It reduces the size of components, generation equipment, tubing, and the amount of fluid required, and makes installation easier. Overall, the benefits are clear: improved reliability and maintainability; reduced weight and increased cost savings; and increased safety margin because of the use of dissimilar power sources. "Because of the dissimilar [flight control] architecture, if we lose hydraulic power, the aircraft does not lose any flight handling capabilities," Comes explains. "There is no impact on the performance of the aircraft."

Electrohydrostatic actuation will generate large weight savings. "The combination of the higher hydraulic pressure and the ‘more electric’ flight control architecture led to a weight reduction of approximately [3,307.5 pounds] 1,500 kg for the aircraft," Comes explains. For variable-frequency power generation, "weight was not the driver," he adds. That decision "was more oriented to reliability and maintenance cost."

"It’s clear that we are oriented more and more toward the ‘more electric aircraft,’" Comes says. "We have worked more than 10 years on electrohydrostatic actuators to see whether we could have a more dissimilar architecture for flight control." Airbus has defined a "two-plus-two" architecture, he explains. "The flight control actuation system is powered from four independent power sources–two hydraulic and two electrical circuits. These power sources are distributed on the actuator set." Airbus is working on electrohydrostatic technology with TRW, Liebherr and Smiths Industries (formerly Dowty). An electrohydrostatic actuation award or awards had not been announced at press time.

Not surprisingly, because of its use of "more electric" flight controls and the cabin and galley power demands of this huge aircraft, the A380 requires more electrical power than a comparably sized, hydraulically powered plane. Airbus plans to use four variable-frequency electrical power generators, each outputting 150 kilovolt amperes (kVAs). The company anticipates a near-term requirement of 380 kVAs in cruise, Comes says.

Variable-frequency power generation is new to large aircraft, says Klaus Fuchs, vice president of technology and engineering for TRW Aeronautical Systems. Power frequency, or cycle time, is constant for 80 to 90 percent of a flight but can vary from 400 to 800 Hz during takeoff and landing. EHAs have been designed to be compatible with VF, he says.

VF technology increases overall power system reliability, reducing operating costs, Fuchs says. TRW estimates airlines will save up to $16 in operating cost per flight hour from the change in generator technology. The new variable-frequency generators also are designed to be cheaper than current systems.

TRW also envisions the emergence, in 10 to 15 years, of distributed electronic engine controls. The company, for example, wants to introduce a "smart" electronic fuel metering unit. "The idea is to reduce weight and increase reliability," Fuchs says.

TRW sees the day when engine control will be distributed rather than centralized. "In the future," Fuchs predicts, "each individual unit will have electronics built into it." That will pave the way for the next step–to give engine units "smart diagnostics." Distributed electronic controls will reduce the weight of engine control systems and allow superior engine monitoring and diagnostics.

Such an engine control architecture will increase reliability, save weight and reduce costs, Fuchs predicts. "With a decentralized system, you don’t need the thousands of feet of wire [now attached to a central control box]. "You only need to link the local control computers [into a network] via a data bus." A large civil aircraft engine with electronic controls could shed about 100 pounds (45 kg) through the simplification of wire harnesses, TRW claims.

The concept of decentralized control also can be extended to the flight control actuators, Fuchs says. With more electronics in the actuators, "you could predict how long an actuator will last." Today airlines have to perform actuator maintenance checks "irrespective of whether the actuator could still fly for another 1,000 hours," he adds.

Further down the road, TRW hopes to replace fuel pumps, still driven by a mechanical gearbox, with an electrically driven pump, although this enhancement would still be classed in the "more electric" range. With additional changes to electrically powered components, however, the "all-electric" engine comes into view. This system could focus on producing thrust and predominantly electrical power. TRW has been working closely with Rolls Royce on "more electric" engines.

The Royal Air Force’s famous delta-wing Vulcan bomber, a key nuclear deterrent at the height of the Cold War, employed electrohydraulic-powered flight controls in the 1950s. The Avro factory in Woodford, Manchester, built 134 of the type from 1954 to 1962. Although nearly half a century has passed since then –and many generations of flight control equipment–the Vulcan is a revolutionary forebear of today’s electrohydrostatic actuator (EHA) technology. The Vulcan was one of the last British-designed and -manufactured large military aircraft, about the size of a Boeing 737.

The Vulcan’s flight control system was primarily electrically powered. In addition to an airborne auxiliary power plant, each of the aircraft’s four engines had its own alternator. Each alternator could provide enough power for the PFCUs. This "massive redundancy" meant that "even if you lost multiple engines, you could still have all flight surfaces working," Pleming says.

"There are 10 PFCUs on the Vulcan, four on each wing for the eight elevons [elevators plus ailerons] , and two units (main and auxiliary) for the rudder," Pleming explains. "Each PFCU consists of an electric motor driving main and servo hydraulic pumps and a hydraulic jack to move the control surface." Movement of the cockpit controls operates the assembly, supplying hydraulic fluid to the appropriate side of the jack and moving the control surface.

Although in Vulcan’s heyday, there was no such thing as a reliability database, the RAF flew the aircraft from 1957 to 1984, including action in the Falklands campaign. Given the elegant and powerful aircraft’s enduring popularity, the RAF continued to fly it in air shows until 1993, when the last of the type, a B2 configuration that had entered service in 1960, was retired. A major reason the restoration project has gained wide support from the original manufacturer (now considered to be BAE Systems) is Vulcan’s "exemplary in-service safety record, the result of its highly redundant design," Pleming says. The UK Civil Aviation Authority also strongly supports the project, he adds. The Vulcan Operating Co. hopes to return XH558 to flight in 2002. Visit www.tvoc.co.uk.

The Airbus A380 has two elevators on each side of the horizontal stabilizer. Each elevator has one hydraulic and one electrohydrostatic actuator (EHA). There are two rudder surfaces, each of which uses two electrical backup hydraulic actuators (EBHAs). These add backup electrical power through a local electric motor and an associated hydraulic pump. EBHAs are hydraulically powered in the normal mode and electrically powered in backup mode.

The new aircraft features three ailerons per wing, each moved by two actuators. Inboard and median ailerons use one hydraulic and one EHA actuator, while the outboard ailerons use two hydraulic actuators. Spoilers (eight per wing) are hydraulically powered. Two or three of the spoiler actuators on each wing, however, will have backup electrical power, combining servocontrol and EHA functions in a single unit, the EBHA. 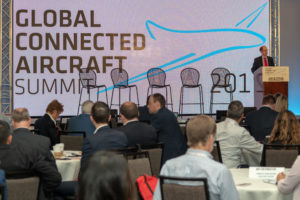 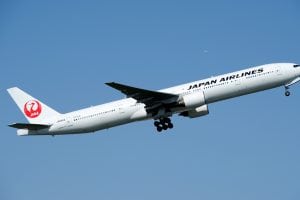