Smiths Industries Aerospace is to supply its integrated standby instrument system (ISIS) as basic fit for the Learjet Models 60, 45 and 31A. Deliveries to Bombardier Aerospace began in December 2000.

The ISIS is a complete standby system in a single instrument, using liquid crystal display technology. It is based on a 3ATI (3-inch-square) system that displays altitude, attitude and airspeed.

It was certificated for commercial use in March 1998 and currently is on six aircraft types across air transport, business jets and helicopters. See www.smithsind-aerospace.com.

SimAuthor Inc.’s FlightViz data visualization software has been chosen by SFIM Inc. as the image component for its Analysis Ground Station (AGS) and by Northwest Airlines to enhance its training programs.

FlightViz will add capability to SFIM’s AGS–a flight-data-analysis tool–by providing three-dimensional data visualization. Northwest will use FlightViz on a PC, replacing for the traditional "chalkboard" training sessions. Pilots can view 3-D renderings of the aircraft’s flight with reference to the surrounding terrain and runways (from inside or outside the cockpit), and they can see any flight virtually re-enacted with navigational charts and a full range of cockpit instruments. Other uses that the airline is planning for FlightViz are instructor standardization, TCAS training, visualizing runway incursions, and integration into a computer-guided briefing (CGB) tool that is currently under development. The CGB will allow instructors to brief a simulator training session using the computer as a presentation tool. See www.simauthor.com, www.sagem.com, or www.nwa.com.

British Airways has chosen the Smiths Industries Aerospace transient suppression unit (TSU) for retrofit on its fleet of 13 Boeing 747 Classic aircraft. The TSU has been approved as an alternate means of compliance (AMOC) to Wire Separation Airworthiness Directive AD 98-20-40, issued by the U.S. Federal Aviation Administration in November 1998. Deliveries run from November 2000 to May 2001. See www.smithsind-aerospace.com.

Jet Aviation recently added this newly finished McDonnell-Douglas DC-8-72 VIP aircraft to its charter fleet. Configured to transport up to 36 passengers, the Swiss-registered aircraft has been fitted with an enhanced cockpit voice recorder, a digital flight data recorder, and for the passengers, a DVD player with large, flat-screen television (shown here). The aircraft has a 6,200-nm range. See www.jetaviation.com.

Airsys ATM, in cooperation with Hanjin Information Systems and Telecommunications of the Republic of Korea, has delivered two major programs that provide air traffic management systems for Inchon International Airport (its tower shown, right) and Kimpo Airport in Seoul.

Airsys ATM was responsible for the overall project management, involving co-ordination and integration of the radars, airport surface detection equipment, and the ATC system, along with implementation of navigation aids. Site acceptance tests of the air traffic management systems for these two airports have now been completed.

During the recent ground breaking ceremony for the new Terminal 3 at Singapore’s Changi International Airport, it was revealed that an additional 28 aerobridge gates are planned. Eight of the gates have been designed to accommodate the new generation of large aircraft, the A3XX. The new terminal is scheduled to open in 2006.

The U.S. Air Force in November performed its first flight evaluation of the Lockheed Martin Joint Strike Fighter (JSF) X-35A. During a 36-minute flight, Lt. Col. Paul Smith reached an altitude of 10,000 feet and a maximum speed of 360 knots. During a subsequent 45-minute flight, Lockheed Martin test pilot Tom Morgenfeld pushed the X-35A’s flight envelope to 390 knots at 10,000 feet with a series of rolls, sideslips, afterburner transients and other maneuvers. See www.lockheedmartin.com, www.lmaeronautics.com or www.jast.mil.

Production recently began for the "Peace Icarus 2000" upgrade program, awarded to the military aircraft business unit of the European Aeronautics Defence and Space Co. (EADS), in Munich. The program, launched in 1997, would improve the mission effectiveness and sensor and weapon delivery both for air-to-air and air-to-ground missions for a total of 36 F-4E Phantoms flown by Greece’s Hellenic Air Force (HAF).

After 15 months of work by EADS, HAF, and Hellenic Aircraft Industry (HAI) members at EADS’ Ottobrunn and Manching plants, the electrical and avionics systems have been modified to integrate an advanced radar, mission computer, navigation and communication systems, radar altimeter, and identification friend or foe (IFF). In addition, the cockpit has been fitted with new multifunction color displays, and the new hardware is accompanied by a powerful software.

EADS developed the program, scheduled for completion in 2001, in cooperation with Greek partners HAF and HAI, and Elbit of Israel. The program is based on experience EADS gained during a modernisation project for 146 Phantoms of the German Air Force.

HAI is upgrading of 35 HAF Phantoms in their Tanagra factory in Greece with support from EADS. The first aircraft within the "Peace Icarus 2000" program, serving as a proof-of-concept demonstrator, made its maiden flight on April 1999 at EADS Manching. The first HAI-modified aircraft rolled out at Tanagra in March 2000.

The operational and performance improvements to the equipment will allow the RAF Nimrod MRA4 to fly with the latest software version for the AN/ASQ-504 (V) Advanced Integrated MAD Systems (AIMS). The Upgrade to the MAD System will increase the computing processing capacity, improve magnetic environmental compensation, and reduce component obsolescence. For additional information, visit the Website at www.cae.com. 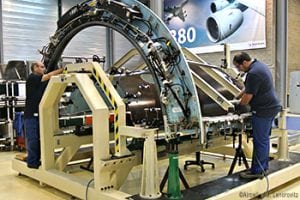 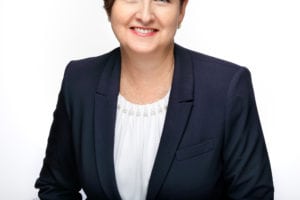