Sometimes noticing a single item can lead to larger insights about electrical and avionics system safety. The case at hand involved yet another airworthiness directive (AD), issued recently, calling upon operators to check for chafed wiring in the fuel tank conduits of Boeing 767s. Digging up background information concerning this AD unearthed some interesting data regarding ADs in general and, specifically, ADs involving aircraft electronics.

First, concerning the recent directive, the AD for the B767 wiring seemed a virtual repeat of similar inspections ordered by the U.S. Federal Aviation Administration (FAA) two years ago. The June 1 AD affecting the B767 fleet glosses the hazard by declaring the need to ensure adequate protection for the fuel boost pump wiring. Translation: the action is necessary to prevent a potential fuel tank explosion.

The AD raises the obvious question: how much activity has occurred over the past two years to hunt down and eliminate all potential ignition sources of flammable vapors in fuel tanks?

The question was posed to Ed Hurst, a researcher with Denver, Colo.-based Aviation DataSource Inc. Hurst’s company specializes in massaging databases for clients. Hurst, a man of initiative and insight, cast a wider net. He looked at all ADs issued over a two-year period from April 1, 1998, to June 9, 2000. April 1, 1998, was selected as a starting point for the reason that shortly thereafter the FAA called for emergency inspections of B737s for chafed wires in the fuel tank conduits. That activity led to the temporary grounding May 14, 1998 (Mother’s Day in the U.S.), of many high-time B737s. At the time, FAA officials feared that arcing could cause another fuel tank explosion of the type that destroyed TWA Flight 800 in 1996.

The snapshot that Hurst prepared provides an overview of a number of safety issues (see table, page 53). ADs affecting engines were not included in Hurst’s review. However, the nearly 450 ADs remaining addressing the world’s jetliner fleet were divided, by manufacturer, into five major categories.

The dominance of ADs involving structural issues is not surprising. This category constitutes the "meat and potatoes" of AD activity as a consequence of the FAA’s now well established supplementary structural inspection program (SSIP). The explosive decompression of a high-time Aloha Airlines B737 in 1988, in which a line of rivets unzipped and about a third of the roof blew off, focused industry attention on structure that remains to this day. The volume of structure-related ADs is consistent with the demographics of fleet aging.

Electrical and fuel system ADs make up the second largest category. The fuel tank explosion that destroyed TWA Flight 800, a high-time B747, injected a whole new concern about electrical components in fuel tanks, such as wiring, pumps, conduits, and fuel quantity indication systems. The 1998 in-flight fire believed to have caused the crash of Swissair Flight 111, an MD-11 about seven years old, galvanized concern about electrical system integrity, to include everything from properly supported wire bundles to redundancy and separation of flight essential systems and circuits. Under a special five-phase program, in which the first three phases have been executed, the FAA plans to issue a whopping 60 ADs dealing with electrical systems on the MD-11 aircraft.

Of the hundreds of ADs issued over the past two years, however, less than 5% deal with avionics. The low figure raises a tantalizing question: are the avionics in modern jets so reliable that corrective AD actions are a rarity? Or is the apparent safety of avionics illusory, the result of inadequate oversight and technical expertise? After all, there is an abundance of anecdotal reports of screens going blank and of pilots saying they often must work around the aggravating idiosyncrasies of their flight management systems.

In addition, printed wiring boards (PWBs) are migrating from military application to the airline industry. PWBs cram a lot of avionics and a great deal of electrical power into a very small package. This writer has seen the videotape of a sequential failure on a PWB for the B-1 bomber. Investigators were trying to replicate the cause of a crash in which the airplane lost all four engines.

On the PWB tested in the laboratory after the crash, the fuel control circuits were clearly observed arcing. A puff of smoke for engine No. 1 and a bubbling of conduit into a little blackened crater, followed by a puff for engine No. 2, and so forth. The arcs marched right across the face of the PWB. Imagine this scenario someday on an extended twin-engine operations (ETOPS) flight three hours away from a divert airfield.

That’s the potential future. Stepping back to the present, the problems with avionics seem way out of proportion to the number of corrective ADs issued by the FAA.

In this respect, a 1980 analysis may be instructive. Under the leadership of the late George M. Low, the National Academy of Sciences (NAS) published a report, Improving Aircraft Safety, subtitled FAA Certification of Commercial Passenger Aircraft. The report described the FAA’s rule making process as mainly reactive, either to the stimulus of a fatal accident or to the advent of new technologies. Indeed, the dominance of structural and electrically related AD activity can be tied directly to high-profile crashes. But, further, the 1980 NAS report questioned the FAA’s ability to "scrutinize competently" new design approaches. "Examples of emerging technologies where FAA expertise lags behind industry include advanced composite structures, avionics [emphasis added], active control systems, and the impact of new aerodynamic shapes."

"[I]n the processes of scanning the technical horizon....the committee finds too much caution and passivity." The low count of ADs concerning avionics would seem to provide the grist to update that concern.

(Note: For further insight into the pattern of AD activity over the past two years, readers may contact Ed Hurst by phone at 303-429-9606, or by e-mail, Airbase@airresearch.com .)

David Evans is editor of the award-winning newsletter Air Safety Week. Comments can be directed to devans@pbimedia.com. 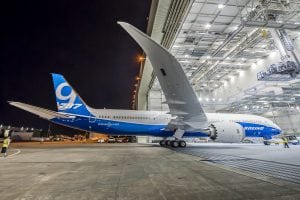