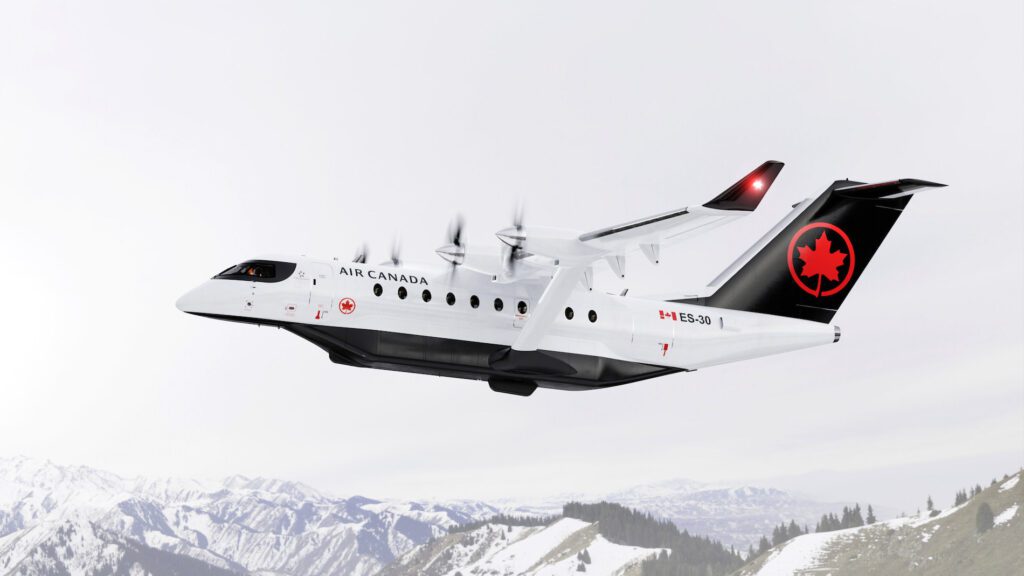 Heart Aerospace has replaced the 19-seat design of its previous ES-19 aircraft with the 30-seater battery-powered ES-30. The Swedish startup has also confirmed Air Canada as a new minority shareholder with a $5 million investment and a purchase order for 30 ES-30 aircraft.

Saab, the Swedish aerospace and defense manufacturer, joins Air Canada as the newest minority shareholder in Heart Aerospace with its own separate $5 million investment in the company. According to details about the ES-30 released by Heart Aerospace last week, the ES-30 is powered by four electric motors using lithium-ion batteries as a primary source of power and two sustainable aviation fuel-powered turbo generators as reserves.

Heart Aerospace describes this as a "reserve-hybrid configuration" where the pair of turbo generators "can also be used during cruise on longer flights to complement the electrical power provided by the batteries." On battery charge alone, the ES-30 is being developed to fly a range of 200 kilometers (124 miles) with an altitude ceiling of 20,000 feet.

Air Canada expects the ES-30's battery system to have a charging time of "30-to-50 minutes."

"The introduction into our fleet of the ES-30 electric regional aircraft from Heart Aerospace will be a step forward to our goal of net zero emissions by 2050," Michael Rousseau, President and Chief Executive Officer of Air Canada, said in the press release. "Already, Air Canada is supporting the development of new technologies, such as sustainable aviation fuels and carbon capture, to address climate change. We are now reinforcing our commitment by investing in revolutionary electric aircraft technology, both as a customer for the ES-30 and as an equity partner in Heart Aerospace."

Over the last year, Heart Aerospace has continued to make progress on what has now become the ES-30 aircraft development program. Key achievements include confirming Garmin International to supply its G3000 integrated flight deck for the ES-30 cockpit. Garmin explained in an interview with Avionics International last year how their work with Heart will focus on interfacing the aircraft's battery management system, motor control units, and other electric drive train components to the G3000 computers.

In January, Heart completed a test flight with a 1:5 scaled model of the ES-19 that was powered by commercial off the shelf electric motors. The startup also noted at the time that its electric drivetrain had been in ground testing for more than a year. No other details about a timeline for the first flight or ground test of a full-scale ES-30 aircraft have been released. 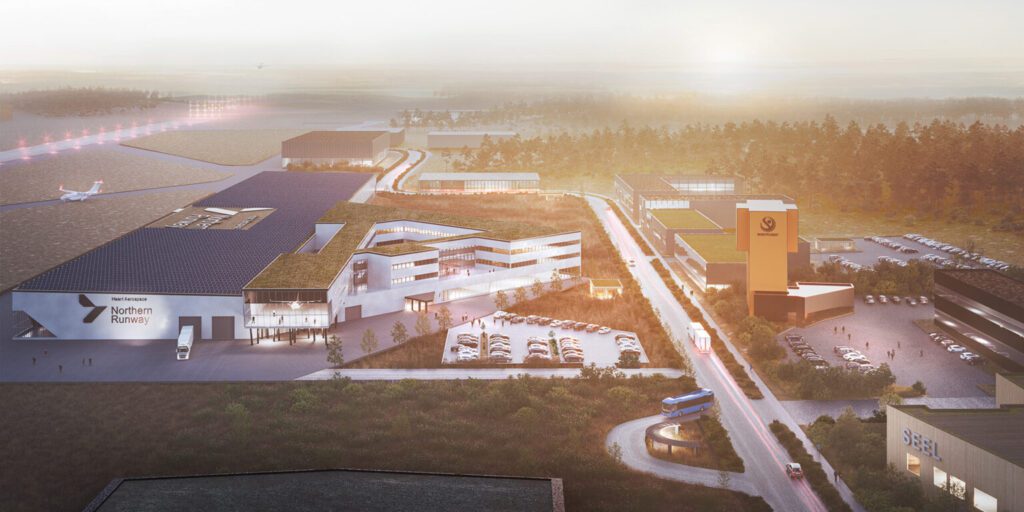 Heart Aerospace is building offices and production and flight test facilities which, together, will form a new campus called the Northern Runway. (Photo: Heart Aerospace)

On the same day as the Air Canada and Saab shareholder investment announcements came the addition of a new industry advisory board and plans released for the development of an electric aircraft development campus. Heart is building new offices and production and flight test families for the new campus, "Northern Runway," to be located in Gothenburg.

Their new ES-30 industry advisory board includes representatives from 21 airlines, including Air Canada, Air New Zealand, Cebu Pacific, Icelandair, and United Airlines among others. United Airlines also committed to a future purchase agreement for up to 100 electric aircraft from Heart Aerospace. The startup has also received letters of intent from SAS, Wideroe, Air Greenland, and Finnair, among others. 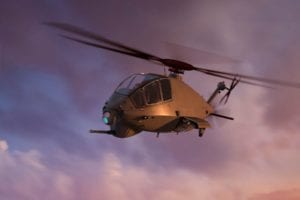