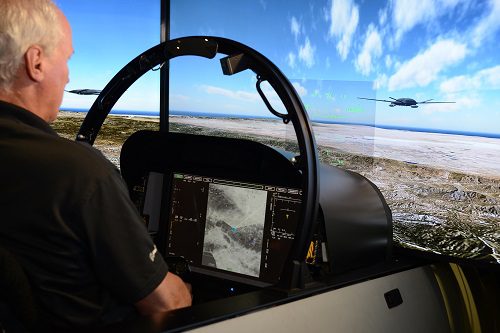 Don Gaddis, Boeing director of MQ-25 Advanced Design, confirmed to Defense Daily in an email that the demonstration took place “earlier this summer.”

While the MQ-25 is primarily being procured for its tanker utility, the Navy has confirmed it will have some ISR capabilities as well.

Boeing said this demonstration used a non-proprietary architecture based on the government-owned Open Mission System specification as the foundation for advanced manned-unmanned teaming (MUM-T). The company underscored it showed how these other aircraft can use the architecture to task MQ-25s for tanking and ISR missions within airspace and “without traditional communications with the ship-based ground control station.”

Gaddis said all aircraft involved were virtual representations used in the laboratory demonstration, “which is a necessary step before flight tests. The most efficient, quickest, and safest way to MUM-T flight test and certification is through a building block approach using model-based engineering, then laboratory demonstration with real software, use of surrogate testing where necessary, then actual aircraft.” 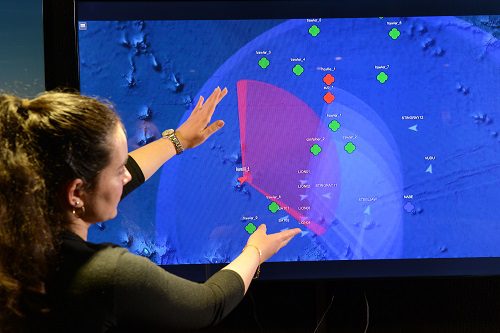 Various representative aircraft, as well as ships and other naval assets, are shown in a mission space during a summer 2022 Boeing virtual simulation of how other aircraft can control an MQ-25 to task it for tanking and intelligence, surveillance and reconnaissance missions without traditional ship-based ground control communications. (Photo: Boeing)

“In this case our MUM-T laboratory is integrated with a real, open autonomy software framework, third-party autonomous behaviors/software, an MQ-25 platform abstraction, and actual aircraft operational flight program software designed with crew vehicle interfaces for data link communication to the MQ-25,” he continued.

The company boasted in the demonstration both the P-8A and E-2D could “easily task” an MQ-25 with an ISR mission that only specifies the search area and no fly zones. After that, an autonomy framework developed by Boeing’s subsidiary Aurora Flight Sciences had the virtual aircraft complete the rest of the tasking. The framework helped the virtual Stingray validate the command against its operational constraints, plan its route and conduct a search pattern.

“Large swaths of ocean could be surveilled, identified and targeted when MQ-25 is teamed with carrier-based assets such as the E-2D or the land-based P-8A patrol aircraft. Through this demonstration, our customers saw how this digital, open approach to MUM-T is key to fielding critical warfighting capability at much lower cost and with greater speed and agility,” Gaddis said in a statement.

This demonstration builds on a previous virtual demonstration Boeing announced last year that tested an MQ-25 communicating with an E-2D and F/A-18E/F via existing Link 16 data, without needing air vehicle operators on the ground.

In the most recent tests, Boeing also highlighted that Aurora created and demonstrated a software boundary called a prototype platform abstraction layer that separates out the MQ-25’s flight safety and flight critical components from mission software and sensor hardware.

The company said this commercial best practice allows third party applications to be used on the MQ-25.

This article was first published by Defense Daily, a sister publication to Avionics International, it has been edited. Click here to view the full version.>> 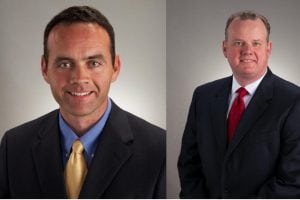