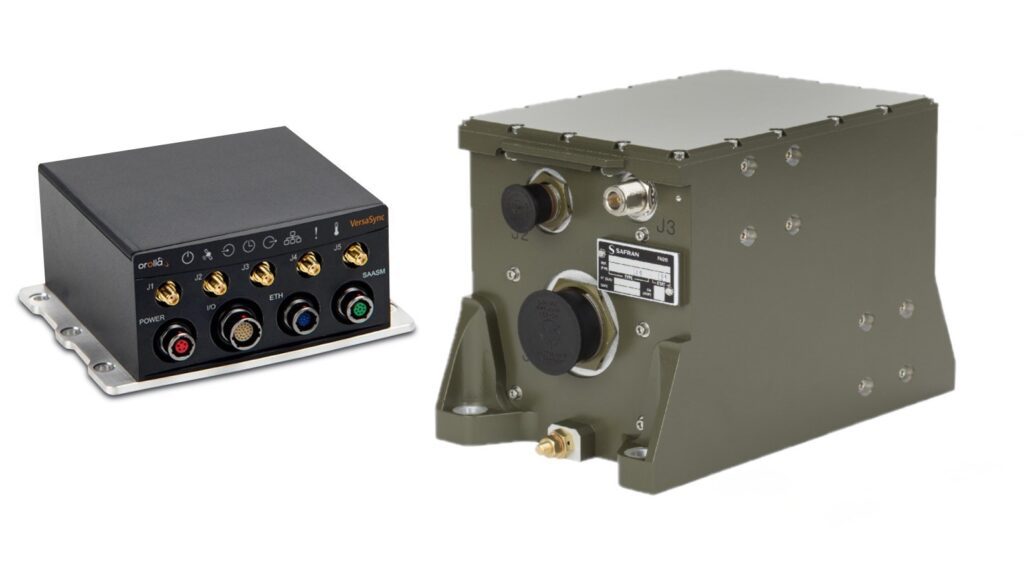 On the left is Orolia's GPS master clock and network time server, "VeraSync." On the right is Safran's inertial navigation system, "Geonyx." Safran wants to use its acquisition of Orolia to become the "world leader" in providing position, navigation, and timing (PNT) technology.

The sale of Orolia to Safran generated "cash proceeds of €189 million" for Eurazeo, according to the company. Safran first confirmed it was pursuing the acquisition in December, with the goal of establishing a “world-leading position in all aspects of PNT, inertial navigation, time and GNSS receivers and simulators, covering aerospace, governmental and high integrity applications."

Orolia, a company that employs more than 435 people across its facilities in Europe and North America, is most well known in commercial aviation within recent years for its emergency locator beacon, a technology that gained prominence and attention following the disappearance of MH370 in 2014, an incident that remains unresolved. In a move inspired by a European Union Aviation Safety Agency (EASA) mandate developed in the wake of MH370, Airbus will equip all of its in-production commercial jet models with Orolia’s Ultima-DT emergency locator starting in January next year.

Jean-Yves Courtois, CEO of Orolia, commenting on the acquisition says, "Orolia could not imagine a better fit than with Safran to secure its growth and leverage its PNT leadership positions."

Safran, over the last year, has continued to roll out new technology development programs across multiple business segments. These include agreements reached with Astronics and ThinKom last month to supply the modems and antennas for the next-generation Ka-band in-flight connectivity terminals being developed by the company. The Orolia acquisition also comes a year after Safran launched the RISE program in partnership with GE Aviation to develop what could become the industry’s first hybrid-electric engine technology for single aisle aircraft.

In a July 8 press release confirming the acquisition, Safran described its expectation of Orolia's PNT technology to help improve the way it addresses the "challenges of positioning, navigation and synchronization in contested and vulnerable environments."

"In most situations," according to Safran, "GNSS systems are the reference providers of time and position data, but they need to be secured by combining them with accurate, high-integrity autonomous time or inertial references."

Panasonic Inks Deal with US Airways

Safran and Duncan Aviation Partner to Provide ADS-B Out Solution 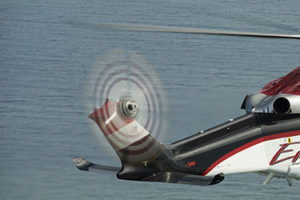