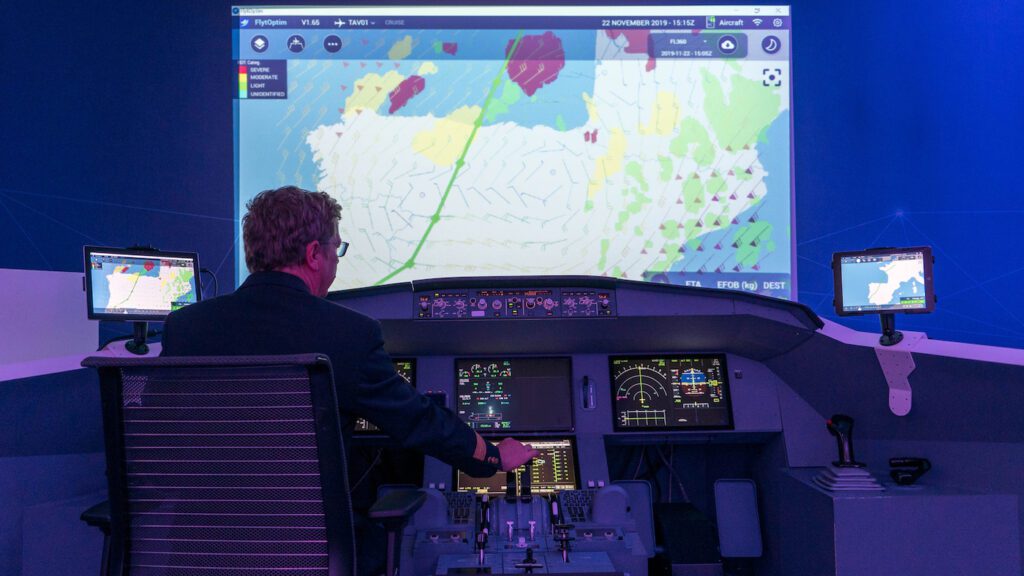 The Thales PureFlyt flight management system, shown here under development at their facility in Toulouse, has been selected by Airbus for the A320, A330, and A350 jets. (Photo courtesy of Thales)

A selection of the PureFlyt system by Airbus for future production A320, A330, and A350 aircraft earlier this month gives Thales its first commercial air transport platform for its next generation flight management computer hardware and software (FMC).

PureFlyt is the flight management system (FMS) Thales first started developing in 2015, before publicly unveiling it during a 2019 media briefing. The core next generation functionality included in the PureFlyt computer is its direct connection to air traffic systems and cloud-based connectivity. Thales has also developed an algorithm within PureFlyt that constantly suggests optimal flight path changes to pilots based on searches of air traffic, weather, and other flight environment data through its native connection to off-board systems.

Yannick Assouad, executive vice president of Thales’ avionics division, provided follow up comments during a media briefing on the selection held shortly after the PureFlyt-Airbus announcement was released. She clarified how and where the company was looking to use artificial intelligence (AI) within PureFlyt.

“The system will be certified to the highest design assurance and safety level, and that safety level currently does not allow AI,” Assouad said. “We’re using AI on the open side of the FMS, the side handling non-safety critical applications, to compute optimized flight paths and suggest flight path changes to the pilot." 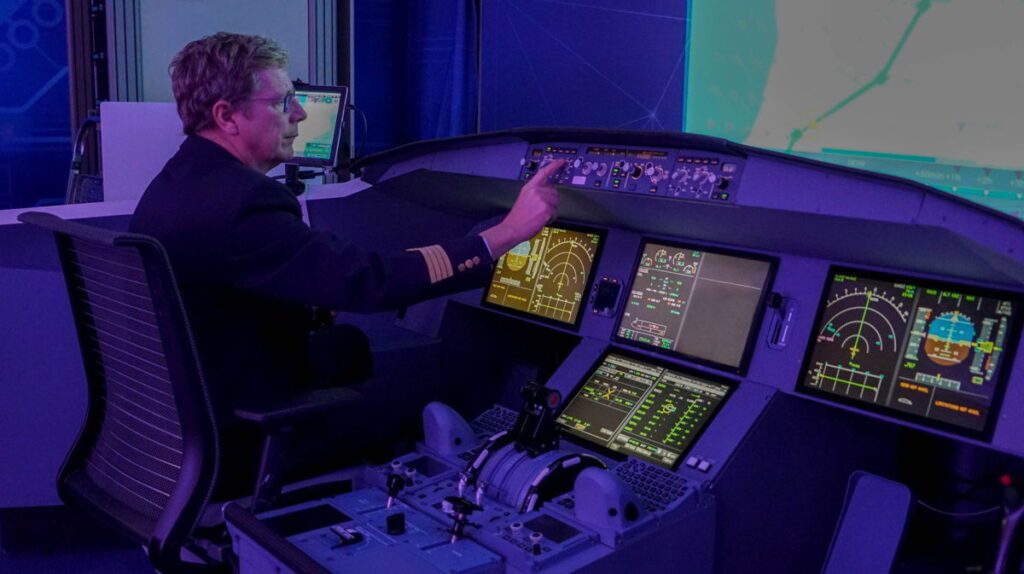 Another image of PureFlyt at the Thales facility in Toulouse. (Photo courtesy of Thales)

Once certified, PureFlyt will become an equipment option for Airbus A320, A330, and A350 operators. Airbus also recently confirmed the selection of a next-generation commercial flight management system being developed by Honeywell Aerospace for the same three aircraft models.

Assouad said the selection was key for Thales, which is also providing a military helicopter version of its cloud-based connected FMS technology, FlytX, for the French military. In September, Thales announced it had begun flight testing FlytX in a modified Cabri helicopter, for a cockpit that has been selected by Airbus Helicopters and the French Defence Procurement Agency (DGA) to equip the Guépard, a future light joint helicopter, as well as by VR-Technologies for the future single-turbine light helicopter, VRT500.

“So what is specific about this new FMS? It is open architecture,” Assouad said during the briefing. “Today on the Airbus platforms, the flight management system we supply is a very closed platform. This [Pureflyt] platform will ease the way pilots plan for their routes.”

Some of the other new innovations Thales is featuring on PureFlyt include initial 4D trajectory management, selectable optimized descent profiles, and the ability to communicate dynamic real-time changes to an aircraft's flight path with air traffic controllers using traditional data link or airline operations center messaging.

Thales is one of several avionics manufacturers we've recently covered that are working on major upgrades to existing flight management computer designs or completely new next generation versions for a range of different air transport jets and electric vertical take-off and landing (eVTOL) aircraft, including Collins Aerospace, Honeywell, Universal Avionics ,and GE Aviation.

According to Assouad, Thales expects to be ready to start flight testing PureFlyt with Airbus for its commercial airliners by 2025.