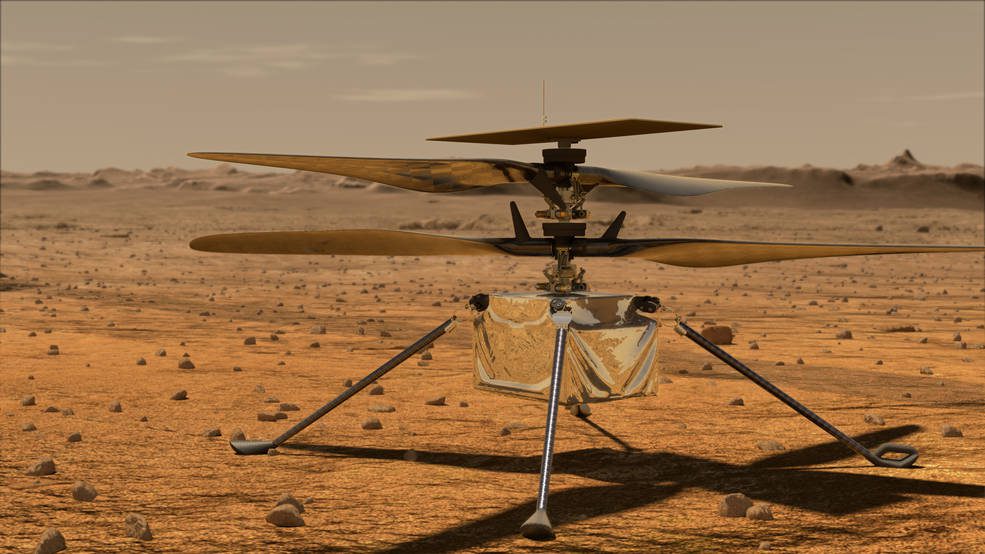 The Robert J. Collier Trophy has been awarded by the National Aeronautic Association (NAA) every year since 1911 for achievements in astronautics and aeronautics. For 2021, the trophy's recipient is NASA's Jet Propulsion Laboratory Ingenuity Mars Helicopter Team. The award recognizes the team's accomplishment in April 2021 of performing the first powered, controlled aircraft flight on another planet. NAA Chairman Jim Albaugh remarked in the organization's announcement that it was an immense challenge to fly a helicopter autonomously in Mars' atmosphere, and such an accomplishment is certainly deserving of the 2021 Collier Trophy.

The President and CEO of the NAA, Greg Principato, commented on the announcement in an emailed statement to Avionics International: “History shows that every time we do something previously thought impossible, we learn things well beyond what was required for any one particular mission. Ingenuity has already paid off; the extra missions it has flown have discovered features on the Martian surface that would have been detrimental to the rover, but which could only be seen from the air.

"The fact that this is flying autonomously, and the adjustments that had to be made to ensure it could fly, will yield information that could be used across a variety of platforms. It also increases our understanding of stresses various kinds of materials can withstand. The fact that it has captivated the nation will inspire more people to enter aviation fields. This is an incredible accomplishment, deserving of great respect and we are truly looking forward to presenting the Collier Trophy to the Mars Ingenuity Team.” 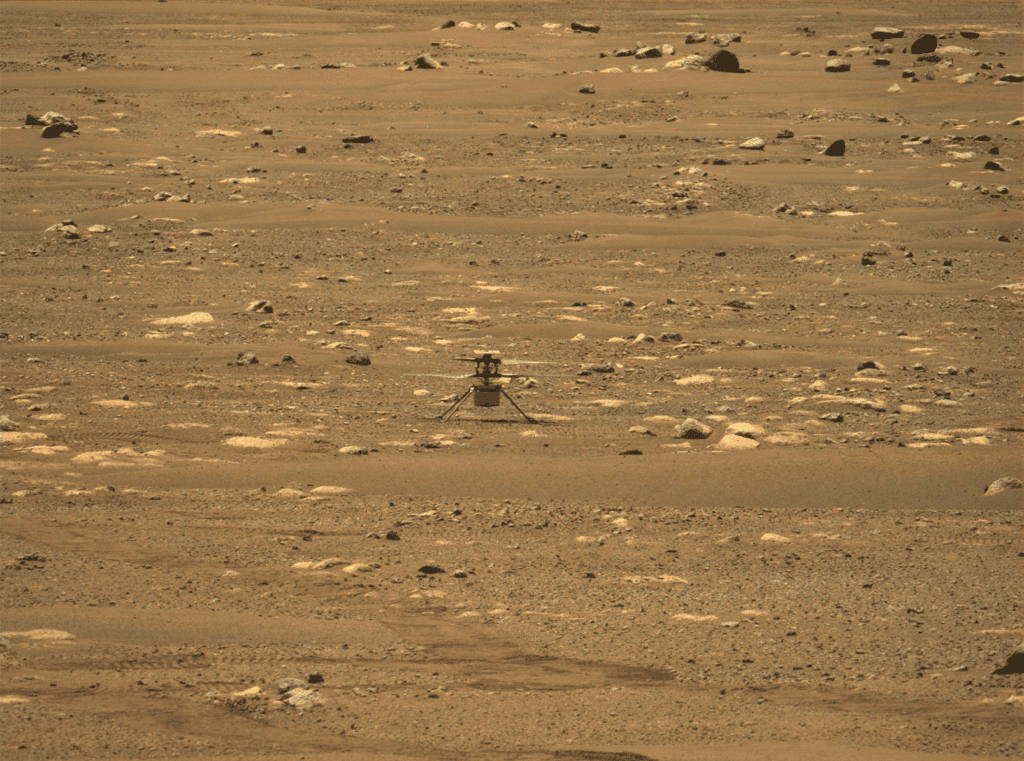 The award will be formally presented during a ceremony in Washington, D.C. in June. 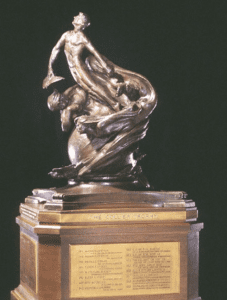 The NAA has awarded the Robert J. Collier Trophy, pictured above, on an annual basis since 1911. The trophy recognizes "the greatest achievement in aeronautics or astronautics in America, with respect to improving the performance, efficiency, and safety of air or space vehicles, the value of which has been thoroughly demonstrated by actual use." (Photo courtesy of the NAA)

The Mars Helicopter performed this incredible feat, a 30-second hover flight, in April 2021 after rising 10 feet above the surface of Mars, achieving a total flight time of 39.1 seconds. Ingenuity originally landed on Mars in February 2021. NASA robotics electrical engineer Jaakko Karras commented on the possibilities of exploration on Mars—despite the low atmospheric density—in a presentation at the 2022 Transformative Vertical Flight event. In operating the helicopter, he said, the team had to consider several factors such as the low temperatures on Mars and the need to develop a self-sufficient solar power system. The flight dynamics and controls for the helicopter were invented from first principles because of Mars' thin atmosphere, according to the NAA. Karras added that it was necessary to enable autonomous operation of Ingenuity due to the planet's distance from Earth and the impossibility of real-time communications.

The NASA/JPL team expanded the flight envelope by 100 million miles, stated Interim Director Larry James. “It was the efforts and ingenuity of those women and men who developed and tested cutting-edge vehicles before us that helped make powered-controlled flight on another planet possible," James said. "That our Mars Helicopter name will now appear on this iconic trophy alongside so many of these air and space giants is an honor, and fuels us to continue exploring the skies over the Red Planet.”

Ingenuity now serves as a science scout to investigate safe routes for the Perseverance rover on Mars. Cumulative flight time for the helicopter is now over 43 minutes. Ingenuity has also accomplished all of the technology demonstration goals set out by the team. According to the NAA, "The Ingenuity Mars Helicopter Team displayed exceptional creativity, perseverance, and dedication to advancing the state of the art in aeronautics and astronautics." 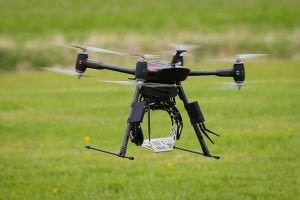