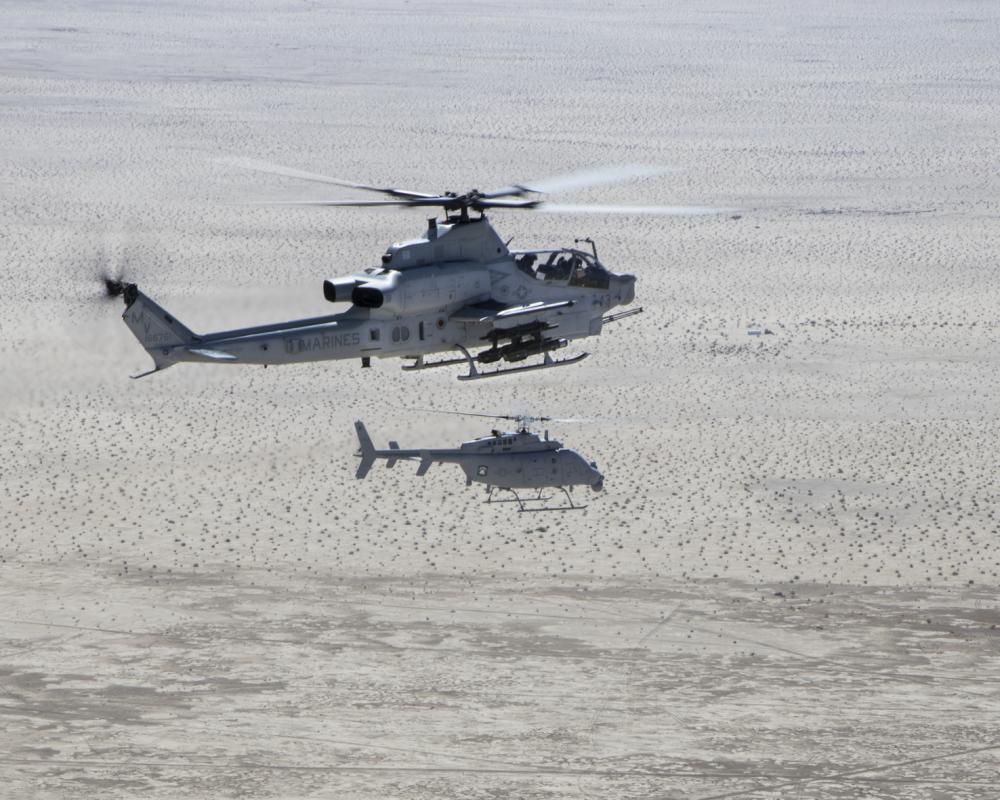 The Navy and Marine Corps recently conducted a new manned-unmanned teaming exercise to demonstrate how a different combination of helicopters could be used in a potential littoral environment, the service said last week.

The service said as this exercise progressed the team became more proficient in planning, communicating, and coordinating effective fires from both manned and unmanned rotary-wing aircraft.

“This opportunity promotes greater familiarization and concept development of the manned-unmanned teaming that builds confidence and efficiency throughout the Blue-Green Team,” VMX-1 Commanding Officer Col. Byron Sullivan said in a statement.

Sullivan continued that the cooperation is an important part of the Commandant of the Marine Corps’ and Chief of Naval Operations’ “vision to embrace the future of warfare and turn it into our advantage on the battlefield.”

The service noted the mission of VMX-1 is to conduct operational test and evaluation of Marine Corps aviation platforms and systems.

In a news release, the Marine Corps said the services are developing manned-unmanned tactics like these to help align with the 2018 National Defense Strategy and the Commandant’s Planning Guidance.

“The proliferation of unmanned rotary wing platforms on U.S. Navy ships makes integration with Marine rotary wing and the MQ-8C a likelihood in the littoral environment,” the Marine Corps said.

“Adversaries are going to be placed on the horns of a dilemma as we strengthen our naval expeditionary force in leveraging unmanned systems to complement our rotary wing,” VMX-1 Science and Technology lead Maj. Ben Henry said in a statement. 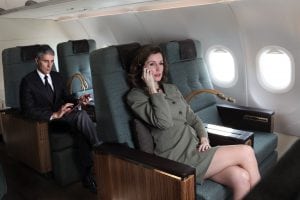