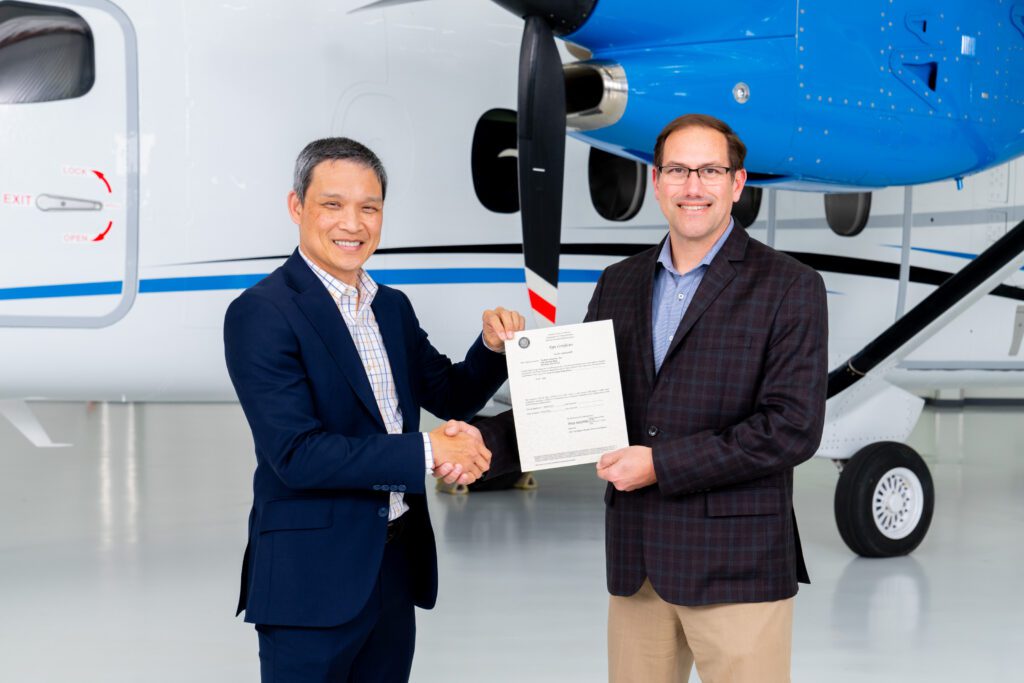 Textron first launched the SkyCourier in 2017, originally targeting a 2020 entry-into-service date, with FedEx agreeing to purchase 50 SkyCouriers to become its launch customer, with options to purchase 50 more. The high-wing twin-engine turboprop has a cargo variant—that FedEx Express will operate—with a 6,000-pound maximum payload, a maximum cruise speed of up to 200 knots true airspeed, and a 900 nm [nautical mile] maximum range.

SkyCourier's freighter version is capable of transporting up to three LD3 shipping containers. The SkyCourier passenger variant can seat up to 19 passengers and a 5,000-pound maximum payload. 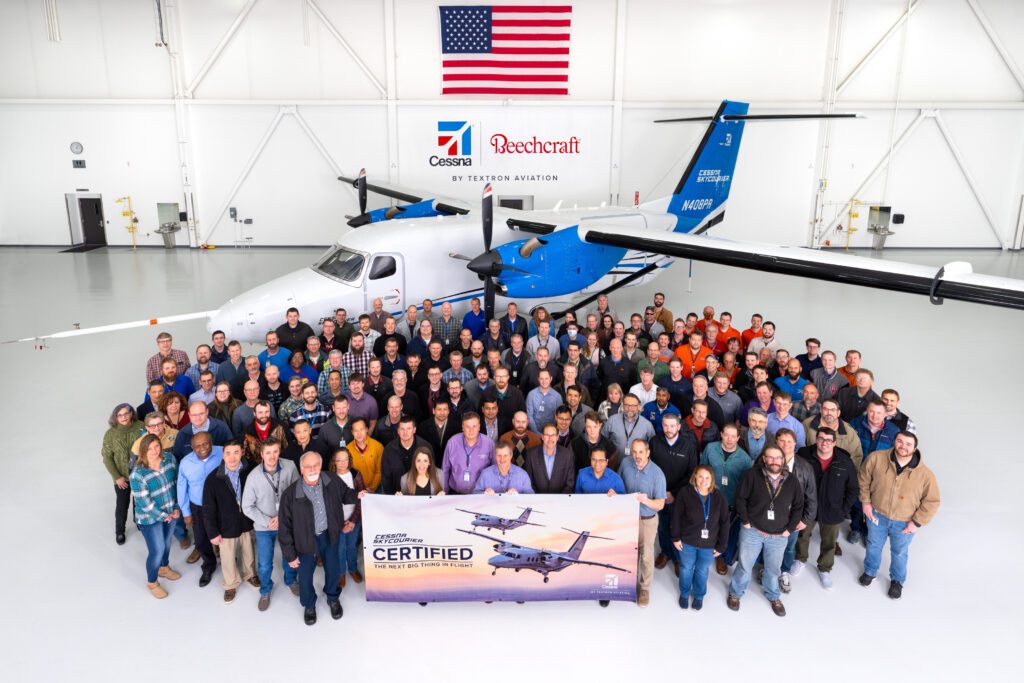 Representatives from the FAA and Textron Aviation stand in front of the Cessna SkyCourier as they celebrate the aircraft's certification. (Textron Aviation)

“Our clean-sheet design brings to this segment what customers said they need: the ability to load, fly, unload and repeat with low operating costs and maximum cabin flexibility and efficiency. We expect the SkyCourier to be a workhorse of the fleet for FedEx and many other customers around the globe for decades to come," Draper said in a March 14 press release.

The SkyCourier cockpit features the Garmin G1000 NXi avionics suite, under a January 2020 agreement between Textron and Garmin. Textron has also stated that it is using some of the latest "advancements in aircraft manufacturing, including the use of monolithic machining throughout the airframe" in the SkyCourier production process. 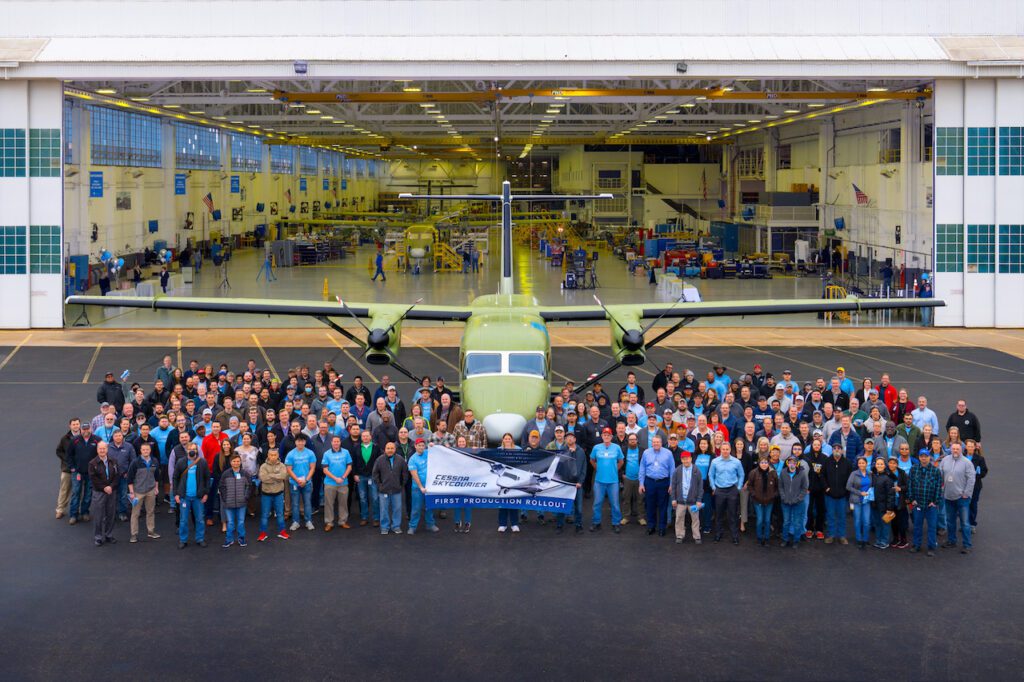 "With this technique, major assemblies are milled from a single piece of metal rather than assembled from smaller pieces, reducing the overall number of parts and resulting in more precise tolerances for easier assembly," according to a Feb. 4 press release from Textron marking the rollout of the first production SkyCourier from the company's manufacturing facility in Wichita.

Three SkyCourier aircraft accumulated more than 2,100 hours throughout the flight test program, which formally started with an inaugural flight in May 2020. Textron previously stated that the first SkyCourier delivery to FedEx will occur following certification, sometime within the first half of the year. 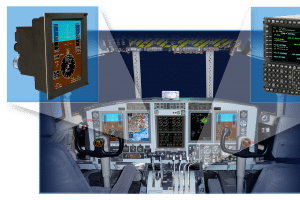 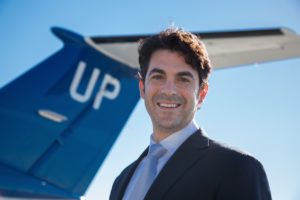 PODCAST: Wheels Up, the ‘Uber’ of Private Aviation