Eclipse Aviation, Albuquerque, N.M.,  said it received a production certificate from FAA allowing it to manufacture the Eclipse 500 Very Light Jet with an FAA-approved type design. With the certification, FAA has determined that the company’s manufacturing processes and inspection systems comply with all federal regulations. Eclipse Aviation is now authorized to issue standard airworthiness certificates for its production aircraft. “Earning our FAA production certificate means we have successfully built a reliable, high-quality manufacturing process, and are well positioned to expedite aircraft deliveries,” said Eclipse spokeswoman Peg Billson. “This is a critical milestone in our journey to become a high-production aircraft manufacturer.” The Eclipse 500 received type certification last September, but until it obtained production certification, FAA had to examine each individual aircraft before it could be delivered to customers. Seven jets have been delivered to customers since December. In March, Eclipse Aviation named a new team of suppliers for the Eclipse 500’s “Avio” avionics suite, after a falling-out with Avidyne Corp. The airframer projects it will manufacture 402 jets in 2007 and nearly 1,000 in 2008. "Production will speed up now with the goal of delivering 400+ aircraft this year. We have been delivering aircraft slower than anticipated, and with the production certificate we will now be able to accelerate the production line," said Andrew H. Broom, director of public relations at Eclipse Aviation. For related news 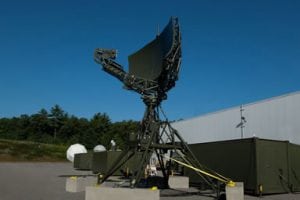