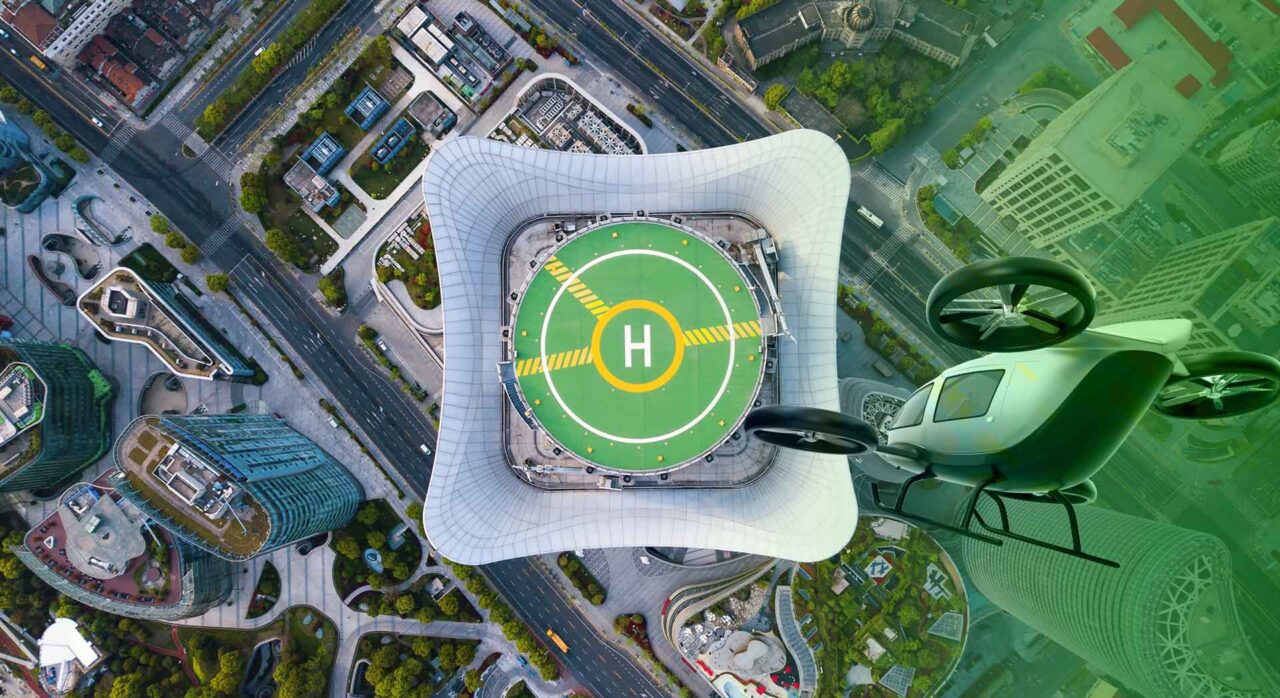 A series of speakers presented topics on Scaling Up to AAM during this week's Transformative Vertical Flight event featuring an eVTOL symposium. (Photo: Black & Veatch)

The Scaling Up to AAM discussion during the eVTOL Symposium at TVF2022 started with a presentation by Paul Stith, Associate Vice President, Global Transportation Initiatives – Growth Accelerator at Black & Veatch. Black & Veatch is an engineering, consulting, and construction company that focuses on sustainable infrastructure innovations. To date, they have deployed well over 2,000 EV charging stations, said Stith. He sees the keys to establishing advanced air mobility (AAM) as industry collaboration, standardization, and policy support.

Black & Veatch recently conducted an Urban Air Mobility (UAM) Electrical Infrastructure Study to understand what changes are needed to the grid, to civic infrastructure, and to fueling systems in order to reach a zero-emission future. The question is, how can EV charging sites and existing infrastructure be developed and scaled up? Three challenges that need to be addressed are funding, permitting, and avoiding stranded assets.

Daimler Trucks North America (DTNA) and Portland General Electric (PGE) have partnered with Black & Veatch to bring a public charging station online—one that is specifically designed for medium and heavy-duty electric commercial trucks. A statement from the company said that the “Electric Island” project will “demonstrate high-power charging infrastructure scaled to accommodate electric trucks and their large batteries capable of moving up to 80,000 pounds at highway speeds.” Stith views Long Beach Airport as a potential candidate for a site where both electric conventional take-off and landing (eCTOL) and eVTOL aircraft could be integrated into the existing system.

Alan Davis, President and CEO of i5 Services, LLC, discussed the topic of the manufacturing supply chain in the context of AAM and eVTOL aircraft. The CONNEX Marketplace, developed by i5 Services, offers supply chain solutions both nationwide and at a state level. It includes a database of manufacturers that is categorized by thousands of data points based upon specific capabilities.

In May 2021, i5 Services and NEXA Capital partnered to form a national consortium aimed at developing an integrated supply chain solution for AAM using the CONNEX electronic exchange platform. The AAM platform connects eVTOL developers in the U.S. to both local and national suppliers of products such as motors, propellers, power control systems, traffic management systems, avionics (flight control, pilot assistance, surveillance, etc.), and energy storage systems. Davis explained, “If we’re searching for supply, we need to be able to expand the search to broader geographies for capabilities that may not be locally available. It’s also important that we have the ability to contract and search very locally.”

David Stepanek, Executive Vice President, Sales and Chief Transformation Officer at Bristow Group, represented one of the world’s largest helicopter operators. Bristow Group joined Overair in a partnership last month in development of Overair’s Butterfly eVTOL aircraft. Bristow President and Chief Executive Officer Chris Bradshaw commented on the announcement: "Our MOU with Overair allows us to set the stage for the next generation of vertical flight. Our collaboration facilitates expansion into new high-density geographic markets with sustainable, innovative and efficient vertical lift and aerial transport services.” 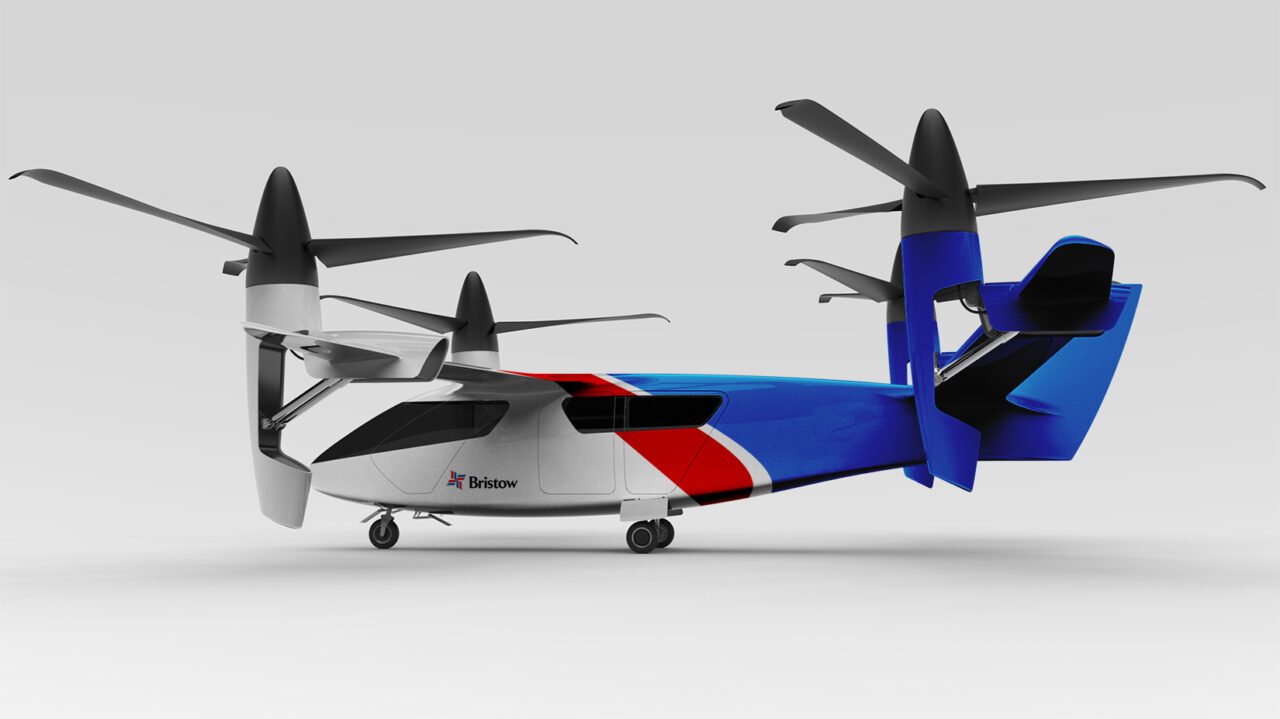 Overair and Bristow Group signed an MOU to work together on commercialization plans for Overair's Butterfly eVTOL aircraft. (Photo: Overair)

Stepanek remarked that one challenge in scaling AAM is an already short supply of pilots. “You can’t just take a pilot out of flight school and put him in a cockpit.” At Bristow, pilots need 1,500 hours of flight time before they can operate the aircraft independently. Another obstacle is public acceptance. To build and scale a compelling business, “we’re going to have to sell people on sustainability,” Stepanek said, emphasizing the importance not only of sustainability but also of safety at every stage of development in AAM.

Dana Jensen, Senior Industrial Policy Analyst for the US Air Force, discussed scaling of the AAM supply chain during this week’s eVTOL Symposium. He asks, how do we address the concerns associated with a limited set of suppliers that are not in coordination with each other? “Some may be able to supply products for AAM and don’t even know it. Our purpose is to develop an electronic exchange platform and a modeling and simulation environment.”

The Agility Prime program, in coordination with NASA, issued an RFI and received over 370 responses. The manufacturing companies that are reluctant to communicate with each other have been more willing to respond to RFIs with details of their capabilities and financials if they think it could provide benefits.

Respondents to the RFI “may have the opportunity to closely collaborate with NASA, Agility Prime, and other government organizations in discussions relating to developing and operationalizing AAM. These discussions will leverage NASA and Agility Prime's industry knowledge and extensive experience designing, testing, and flying novel aircraft, and airspace management systems,” according to NASA’s website. The initial rollout for the prototype of the modeling and simulation tool is tentatively set for early April, Jensen said, and they are always looking for new firms to submit responses to the RFI.

The “Scaling Up to AAM” discussion was concluded with a presentation from Vivek Saxena, Managing Director, Advisory Aerospace OSC, in which he shared Advisory Aerospace’s efforts to enable Smart Factories. “We work with manufacturers that make fasteners, and those who make full aircraft systems. Most aerospace factories with complex manufacturing show poor performance on KPIs such as Velocity, OTD, and Cost."

"In manufacturing, only 13% of available data is currently used, and that number is even lower for aerospace manufacturing—less than 10%. Due to disconnected data sources, very few people have a full view of what’s going on in the factory. They aren’t using existing data to run the factory more efficiently.”

Improving factory operations and supply chain visibility, Saxena said, doesn’t require expensive software. Startups like Advisory Aerospace can perform complete modeling and simulation of a large factory in less than two months. “We can help eVTOL companies optimize operations whether they have a data system or not,” added Saxena. 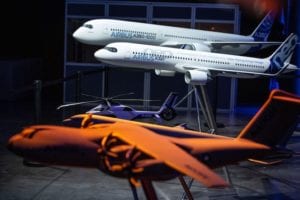 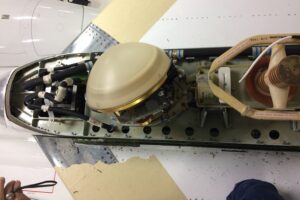 Meggitt to Use Green Hills Software