AFTC is looking for the submittal of white papers over the next month on VDS solutions for the Air Force JSE, which is to expand upon F-35 JSE to support high-end modeling and simulation for other current Air Force platforms, such as the Lockheed Martin F-22, and future platforms.

The 412th Air Wing’s Electronic Warfare Group at Edwards AFB, Calif., “has a requirement for [VDSs] to support the Threat and Friendly/Virtual Air Threat (TAF/VAT) Joint Simulation Environment (JSE),” per a business notice last week. “A VDS is defined as an out-the-window (OTW) display screen, image projectors, auto alignment and calibration system, mechanical edge blending solution, and support structures and interfaces. The VDS contractor will integrate all the VDS components.”

In response to this article, the F-35 Joint Program Office on July 20 said that the F-35 JSE “is located at Patuxent River where Naval Air Warfare Center Aircraft Division (NAWCAD) is the lead system integrator, responsible for integrating F-35-In-A-Box (a Lockheed Martin product) with complex threat models from several government organizations.”

“The U.S. Air Force Test Center action referenced…is not in support of the F-35 JSE,” the JPO said. “Rather, it is for an Air Force JSE which will support F-35 and other USAF platforms for high-end modeling and simulation in the future.”

This article was first published by Defense Daily, a sister publication to Avionics. It has been edited. Check out the full version here. 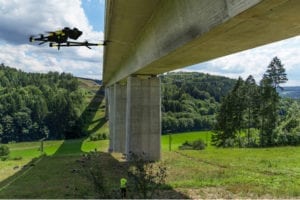 Intel Drones to Aid in Restoration of Great Wall of China 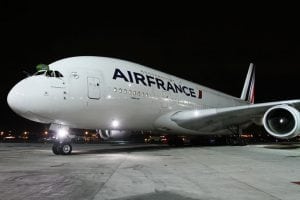